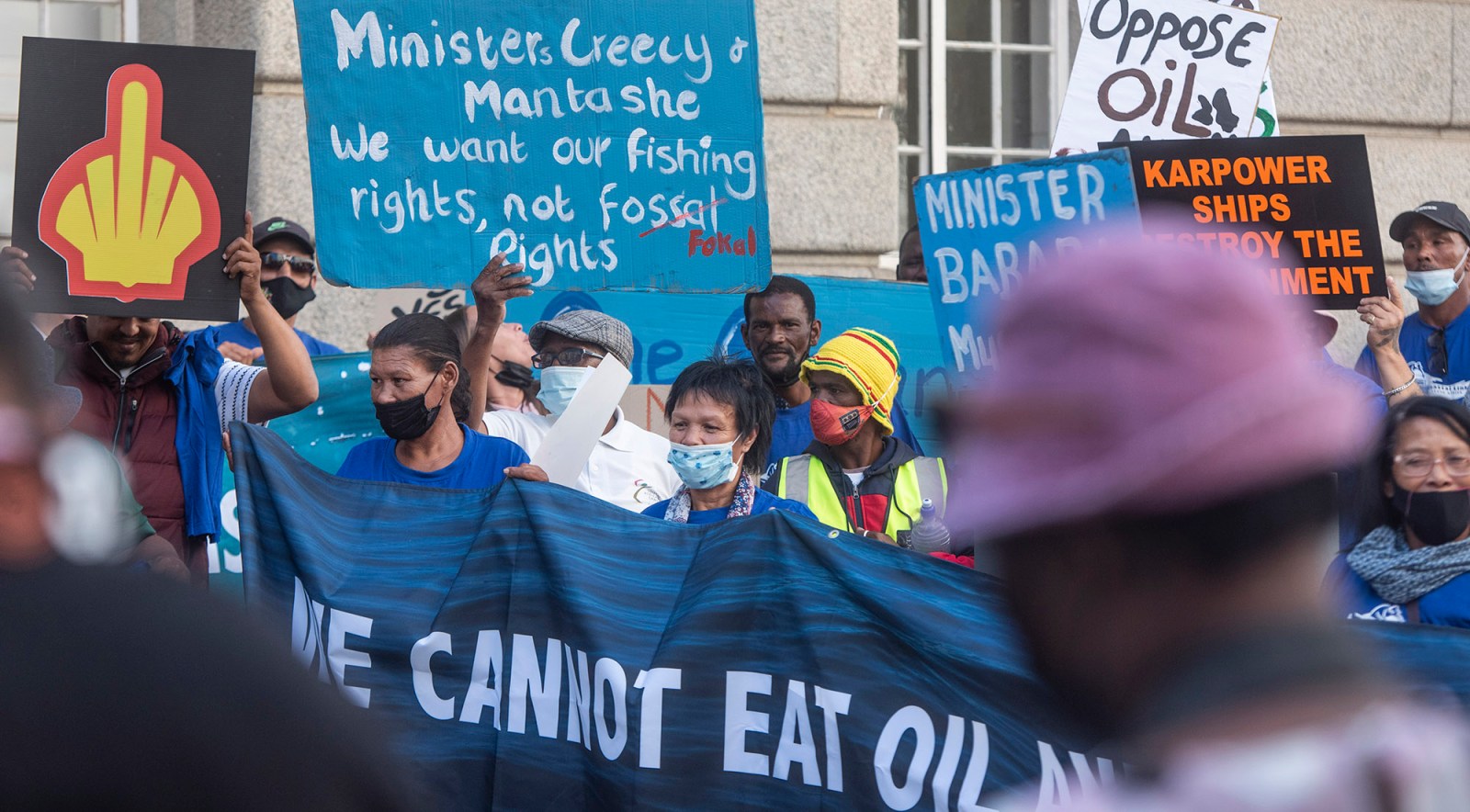 Fishing communities on the West Coast say they were excluded from meaningful consultation before an Australian company’s seismic surveying programme.

Commercial fishers were consulted in the build-up to Australian company Searcher Geodata’s seismic survey programme off the West Coast, but small-scale fishers were sidelined, the Cape Town High Court heard on Thursday as the case for an urgent interdict, referred to as Part A, ensued.

Searcher Geodata’s surveying programme was halted after an interim interdict on 7 February. The company has said it will terminate the programme should the urgent interdict be granted.

Searcher Geodata’s seismic survey along the West Coast has been under way since 24 January. The fishing communities, who tie their heritage to fishing and the ocean, have raised concerns over the impact the survey will have on their livelihood, food security and indigenous knowledge.

Christian Adams (43), a small-scale and fourth-generation fisher from Steenberg Cove, St Helena Bay, told Daily Maverick the heritage of the San and Khoi people was tied to the fishing community and passing on that heritage was integral to fishing.

“I am a fourth-generation fisher… and now I want to pass on my fishing skills to my sons. And if Searcher continues with this blasting and they do find oil reserves, we fear that that cultural heritage of passing down the skill of fishing from one generation to another will be irreparably harmed because we can no longer go out into our ocean to fish because of the migration patterns and the spawning patterns of the fish that will be ruined through the blasting and drilling for oil and gas,” Adams said.

Representing the 13 applicants, advocate Tembeka Ngcukaitobi told the court that the seismic surveying Searcher Geodata had been carrying out was unlawful.

Ngcukaitobi argued on the illegality of the survey on the basis of a lack of consultation with his clients when the company was applying for its permits.

The advocate said that Searcher Geodata had not obtained environmental authorisation under the Mineral and Petroleum Resources Development Act and in terms of the National Environmental Management Act 107 of 1998.

A public notice in three regional newspapers (Cape Times, Die Son and Die Burger) and three local papers (Namakwalander, Ons Kontrei and Weslander) was published, informing communities of the commencement of the survey.

A full report was also made available on the website of the environmental advisory firm SLR Consulting, which applicants have previously said was available for an insufficient period considering the volume of the report.

In addition, the report was made accessible on a zero-data website, and on WhatsApp and email via request, with a contact number for SMS or WhatsApp messaging, Searcher Geodata’s court papers showed.

Fabian Mohammed (47), a small-scale fisher from the fishing village of Doringbaai on the West Coast, told Daily Maverick that Searcher Geodata gave the village a presentation on seismic surveys after carrying out prospecting, but when the community challenged the company and posed questions about fracking, the consultation process fell apart.

“This is why we take action to stop this while we are here in court today,” Mohammed said outside the court, where a substantial group of protesters had gathered.

“They were actually doing prospecting in our ocean without consulting with the community first, so in that case, it really disrespects our customary rights as fishers. They are disrespecting our constitutional rights as traditional fishers [who have been fishing] for generations… and we are very unhappy about it.”

Ngcukaitobi said the efforts were insufficient and did not constitute meaningful consultation as required when applying for a permit. This was especially so when commercial fishers, whose fishing areas overlap with those of the surveying, were directly consulted, while some small-scale fishers who were on Searcher Geodata’s database of fishers were not contacted.

“The applicants have resorted to pointing out individuals they argue were not consulted, and by virtue of this, and with no regard for proportionality or established principle, assert that the entire consultation process is void,” Gauntlett said.

He told the court that while the applicants had argued that there was irreparable harm to the fishers’ cultural and indigenous heritage, they had provided little proof.

“What the applicants, on the other hand, do not do is show what harm, which is irreparable, would be suffered if the court directs that the matter proceeds to an expedited Part B hearing, in say April, with no interim interdict,” the advocate said.

In Part B of the application, the applicants seek to have Searcher Geodata’s environmental permits reviewed as they say the authorisation was granted without following proper protocols.

Judge Thulare recommended the parties try to resolve the dispute through mediation. Judgment was reserved. DM/OBP