The Earth can be saved for humanity: How a little-discu...

The Earth can be saved for humanity: How a little-discussed revision of climate science could help avert calamity 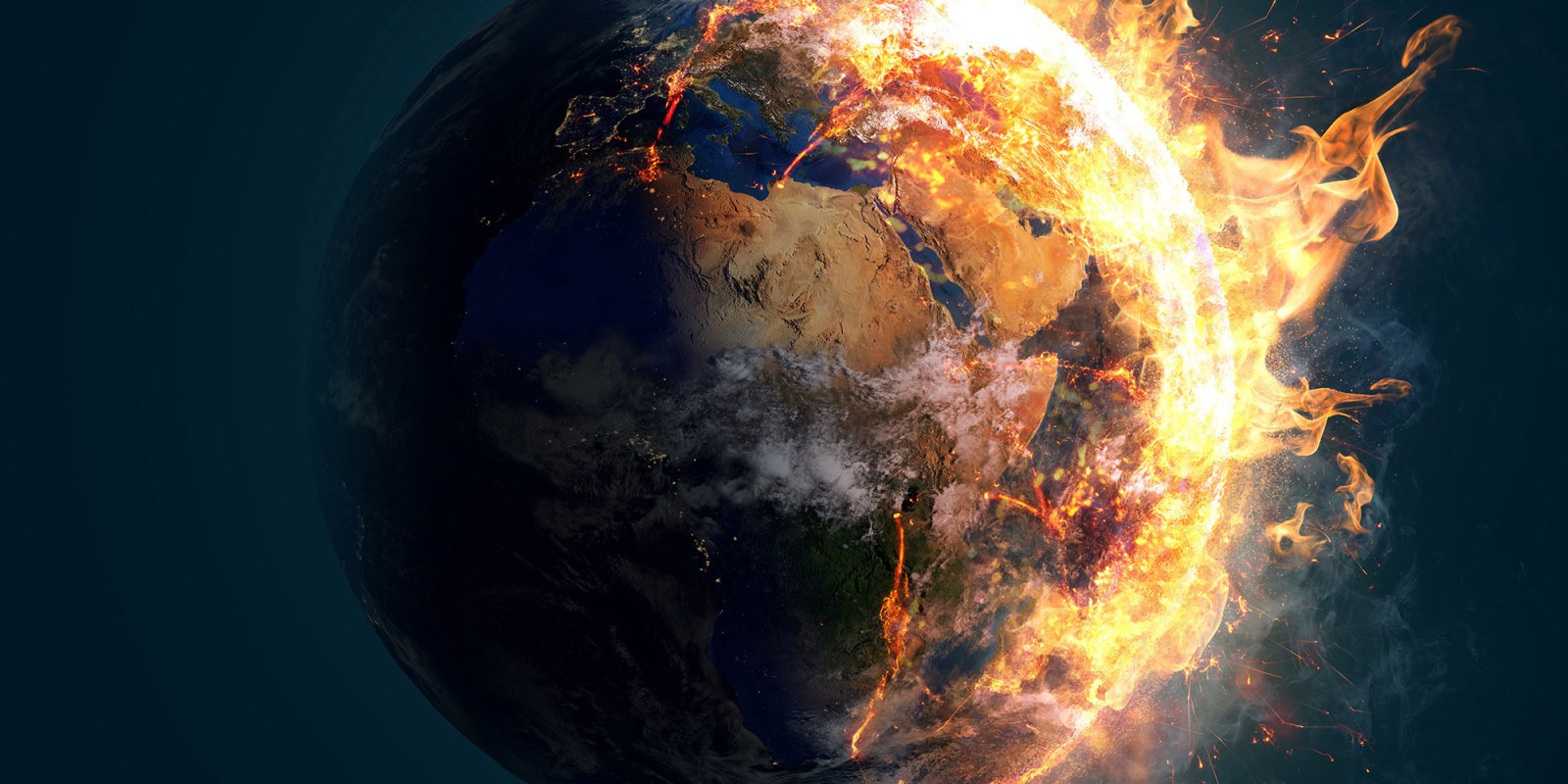 We can reduce global temperatures faster than we once thought — if we act now. One of the biggest obstacles to avoiding global climate breakdown is that so many people think there’s nothing we can do about it.

Some people point out that record-breaking heatwaves, fires and storms are already devastating communities and economies throughout the world. And they’ve long been told that temperatures will keep rising for decades to come, no matter how many solar panels replace oil derricks or how many meat-eaters go vegetarian. No wonder they think we’re doomed.

Read: Doomsday scenarios are as harmful as climate change denial

To the contrary, the best climate science you’ve probably never heard of suggests that humanity can still limit the damage to a fraction of the worst projections if — and, we admit, this is a big if — governments, businesses and all of us take strong action starting now.

For many years, the scientific rule of thumb was that a sizeable amount of temperature rise was locked into the Earth’s climate system. Scientists believed — and told policymakers and journalists, who in turn told the public — that even if humanity hypothetically halted all heat-trapping emissions overnight, carbon dioxide’s long lifetime in the atmosphere, combined with the sluggish thermal properties of the oceans, would nevertheless keep global temperatures rising for 30 to 40 more years. Since shifting to a zero-carbon global economy would take at least a decade or two, temperatures were bound to keep rising for at least another half-century.

But guided by subsequent research, scientists dramatically revised that lag time estimate down to as little as three to five years. That is an enormous difference that carries paradigm-shifting and broadly hopeful implications for how people, especially young people, think and feel about the climate emergency and how societies can respond to it.

In short, we are not irrevocably doomed — or at least we don’t have to be, if we take bold, rapid action.

The science we’re referencing was included — but buried — in the United Nations Intergovernmental Panel on Climate Change’s most recent report, issued in August. Indeed, it was first featured in the IPCC’s landmark 2018 report, “Global warming of 1.5°C”.

That report’s key finding — that global emissions must fall by 45% by 2030 to avoid catastrophic climate disruption — generated headlines declaring that we had “12 years to save the planet”.

That 12-year timeline, and the related concept of a “carbon budget” — the amount of carbon that can be burnt while still limiting temperature rise to 1.5°C above preindustrial levels — were both rooted in this revised science. Meanwhile, the public and policy worlds have largely neglected the revised science that enabled these very estimates.

Nonscientists can reasonably ask: What made scientists change their minds? Why should we believe their new estimate of a three-to-five-year lag time if their previous estimate of 30 to 40 years is now known to be incorrect? And does this mean the world still must cut emissions in half by 2030 to avoid climate catastrophe?

The short answer to the last question is, yes. Remember, temperatures only stop rising once global emissions fall to zero. Currently, emissions are not falling. Instead, humanity continues to pump approximately 36 billion tons of carbon dioxide a year into the atmosphere.

The longer it takes to cut those 36 billion tons to zero, the more temperature rise humanity eventually will face. And as the IPCC’s 2018 report made hauntingly clear, pushing temperatures above 1.5°C would cause unspeakable amounts of human suffering, economic loss and social breakdown — and perhaps trigger genuinely irreversible impacts.

Scientists changed their minds about how much warming is locked in because additional research gave them a much better understanding of how the climate system works.

Their initial 30-to-40-year estimates were based on relatively simple computer models that treated the concentration of carbon dioxide in the atmosphere as a “control knob” that determines temperature levels. The long lag in the warming impact is due to the oceans, which continue to warm long after the control knob is turned up. More recent climate models account for the more dynamic nature of carbon emissions.

Yes, CO2 pushes temperatures higher, but carbon “sinks”, including forests and in particular the oceans, absorb almost half of the CO2 that is emitted, causing atmospheric CO2 levels to drop, offsetting the delayed warming effect.

Knowing that 30 more years of rising temperatures are not necessarily locked in can be a game-changer for how people, governments and businesses respond to the climate crisis.

Understanding that we can still save our civilisation if we take strong, fast action can banish the psychological despair that paralyses people and instead motivate them to get involved. Lifestyle changes can help, but that involvement must also include political engagement.

Slashing emissions in half by 2030 demands the fastest possible transition from today’s fossil-fuelled economies in favour of wind, solar and other non-carbon alternatives. That can happen only if governments enact dramatically different policies. If citizens understand that things aren’t hopeless, they can better push elected officials to make such changes.

As important as minimising temperature rise is to the United States — where last year’s record wildfires in California and the Pacific Northwest illustrated just how deadly climate change can be — it matters most in the highly climate-vulnerable communities throughout the Global South.

Countless people in Bangladesh, the Philippines, Madagascar, Africa’s Sahel nations, Brazil, Honduras and other low-income countries have already been suffering from climate disasters for decades because their communities tend to be more exposed to climate impacts and have less financial capacity to protect themselves. For millions of people in such countries, limiting temperature rise to 1.5°C is not a scientific abstraction.

The IPCC’s next report, due for release on 28 February, will address how societies can adapt to the temperature rise now under way, and the fires, storms and rising seas it unleashes.

If we want a livable future for today’s young people, temperature rise must be kept as close as possible to 1.5°C. The best climate science most people have never heard of says that goal remains within reach. The question is whether enough of us will act on that knowledge in time. DM/OBP

This story originally appeared in The Washington Post and is part of Covering Climate Now, a global journalism collaboration strengthening coverage of the climate story.

Mark Hertsgaard is the executive director of Covering Climate Now.

Saleemul Huq is the director of the International Centre on Climate Change and Development in Dhaka, Bangladesh.

Michael E Mann is a professor of atmospheric science at Penn State University and author of The New Climate War.

The Earth can be saved for humanity: How a little-discussed revision of climate science could help avert calamity