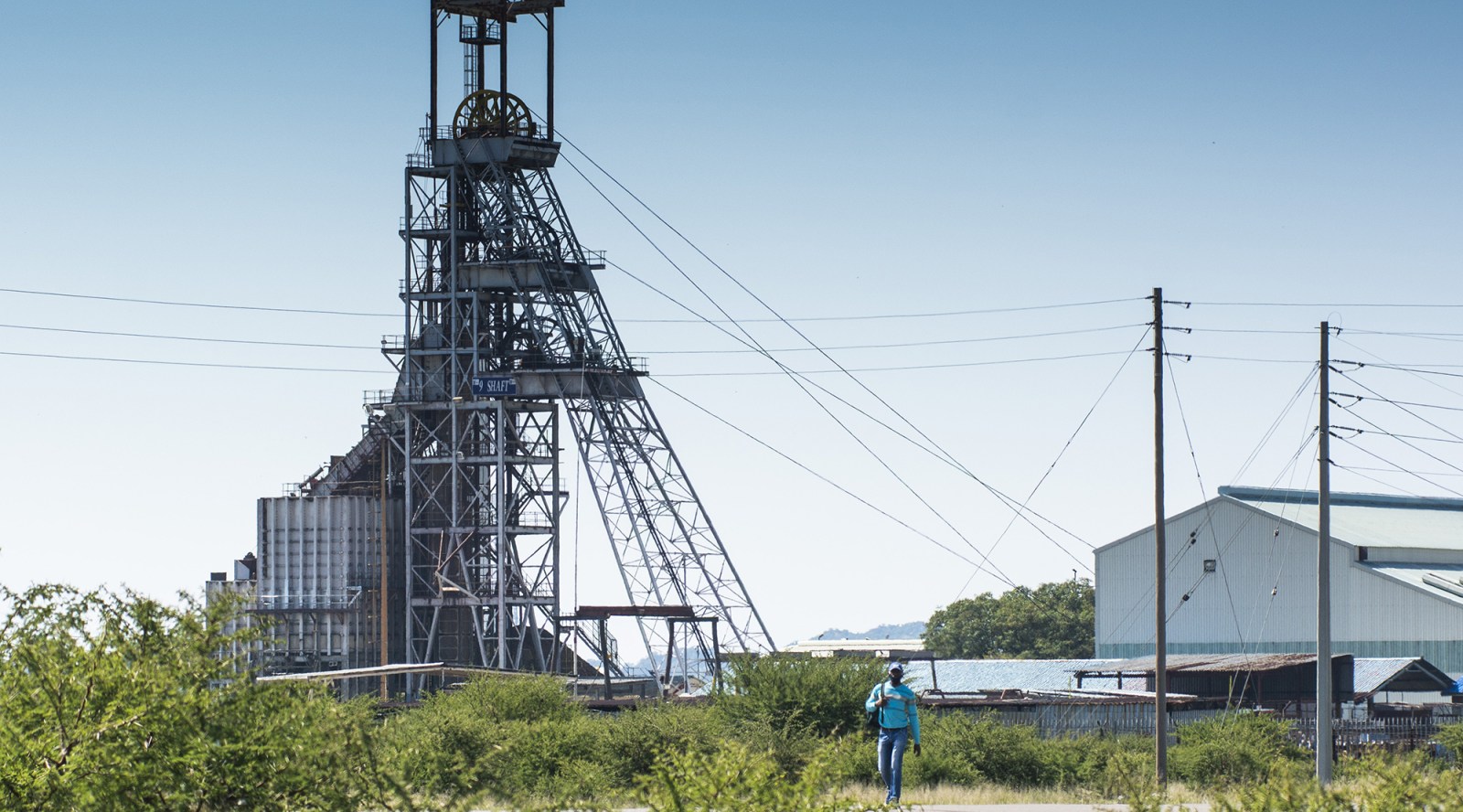 Impala Platinum's Marula mine in Limpopo was one of three mining companies named in a scathing report released this week. The report found that the companies were not complying with laws compelling them to uplift local communities. (Photo: Waldo Swiegers / Bloomberg via Getty Images)

Researchers recommend that State implements harsher measures against companies that are failing communities by not meeting their socioeconomic obligations.

Mining companies in Limpopo are not fully complying with laws compelling them to uplift local communities. This is according to a report released on Tuesday based on research by the Centre for Applied Legal Studies, Amnesty International and Sekhukhune Combined Mining Affected Communities (SMAC).

Shenilla Mohamed, executive director of Amnesty International South Africa, said mine owners had an obligation to the surrounding communities and to “adhere to social plans”. Mohamed added that the government needs to be held accountable too.

The research was done between October 2020 and July 2021 in the mineral-rich but under-resourced Sekhukhune region, which has an unemployment rate of 47%. It focussed on three companies, Twickenham Platinum Mine, Marula Platinum Mine and Sefateng Chrome Mine, and their compliance with legal obligations to submit and implement Social and Labour Plans (SLPs).

Researchers say the obligation on companies to comply and report to the regulator on compliance with SLPs comes directly from the Mineral and Petroleum Resources Development Act, which makes SLPs a condition for the award and renewal of mining rights.

SLPs must contain a number of measures to benefit communities and workers. They should also include basic services and infrastructure-type projects formulated in consultation with communities.

According to the report, SLPs were introduced to offset the “dark and sordid history” of discrimination, exploitation and exclusion in the mining industry.

The research finds that there were varying levels of non-compliance by the three companies.

Researchers gave each of the companies an opportunity to respond to the allegations.

Researchers said that when pressed for answers, the company acknowledged delays in implementation. “They gave no reasons in some cases and in others blamed project procurement irregularities,” the researchers said.

“Marula, another platinum mine, claimed in its most recent Environmental, Social and Governance (ESG) report that it had completed an SLP project to build and rehabilitate a road. But site visits by the research team and interviews with community members contradicted this,” the report read. Researchers said that the lack of adequate roads has resulted in mobile clinics avoiding affected villages and community members facing great difficulty in accessing clinics and hospitals.

The report found that Sefateng was only partially compliant with its community water support and schools support projects. Information received from the Department of Mineral Resources and Energy (DMRE) indicated that Sefateng was not submitting annual compliance reports. “This would be in direct contravention of national mining legislation. However, in their response to the research team, Sefateng denied this and noted that they have been complying with this obligation,” the report said.

Researchers highlighted the failure by the department to properly monitor compliance, in part because of the lack of resources. They said the department had a poor record management system; had hindered access to information; and was unable to enforce compliance “resulting in communities feeling abandoned and unable to enjoy human rights such as the rights to education, access to healthcare, livelihoods and water”.

The researchers said a direct link between mining and the challenges faced by the communities could not be established but that the failure of mines in general to implement SLPs was a “compounding factor”, warranting further investigation.

Community members interviewed for the report also complained of polluted water sources and many suggested that they and their livestock suffered serious health complications. “The overall picture painted by interviewees was a range of negative environmental, social and economic outcomes, gender inequality and a lack of adequate grievance mechanisms.”

The researchers recommended that the three mines urgently comply with their legally binding obligations. The report also recommended that the state develop and implement a plan that ensures proper monitoring, with penalties for companies in the event of non-compliance.

“We further recommend that, whether through regulations or legislative measures, that all company SLP reports to the DMRE are publicly disclosed and made available and accessible to employees, communities and other stakeholders.”

The researchers said they had attempted on numerous occasions to engage with the department but had not received responses.

GroundUp also approached the department but did not hear back from officials by the time of publication.

Companies respond to allegations in the report

Anglo American Platinum told GroundUp that the Twickenham project was placed on care and maintenance in 2016, limiting employment and business opportunities at the operation. Currently, three of the 12 projects in its SLP between 2016 and 2020 remain incomplete due to various challenges.

“We take our SLP obligations seriously. Unfortunately, our efforts to meet our SLP obligations are sometimes affected by external factors beyond our control. These include, but are not limited to, delays at local government and DMRE level, difficulties in our engagements with the communities, community conflict and obstacles arising from the appointment of contractors.”

The company said it had already started work on its SLP for 2021 to 2025. “We continue to study options to ensure a sustainable future for Twickenham that will benefit communities and the broader Limpopo province.”

Implats’ Marula Mine said it had grown community investment. The company said it “engages in sustainable socioeconomic development to mitigate, where it can, adverse conditions”. It said 7.5% of the mine was owned by the local community through a trust and employees also had a stake. The company said 74% of its workforce are local residents and “total remuneration at Marula is approximately R1.6-billion annually”.

“While providing and maintaining roads fits within the ambit of government, we fully recognise the benefits of being able to travel safely to and from work and elsewhere. To the extent that this infrastructure is lacking or poorly maintained, we endeavour to assist, where possible.”

Sefateng’s CEO Gerard Blaauw said: “It was a privilege for us to have been part of the sample group of mines in this study. There are various administrative shortcomings, communication gaps between national and local bodies, regulators, struggling municipalities as well as financial challenges.”

He said that of their projects that were reviewed, they were starting to get one compliant. The other two were partially compliant, with gaps mainly due to administrative processes and/or the municipality finding it hard to upkeep services built on their behalf.

Since the research was finalised, the mine moved from 75% to 80% compliance. “We take to heart the recommendations in the report. Regardless of the level of applicability, we are committed to work with the regulator and other parties to implement these recommendations.” DM