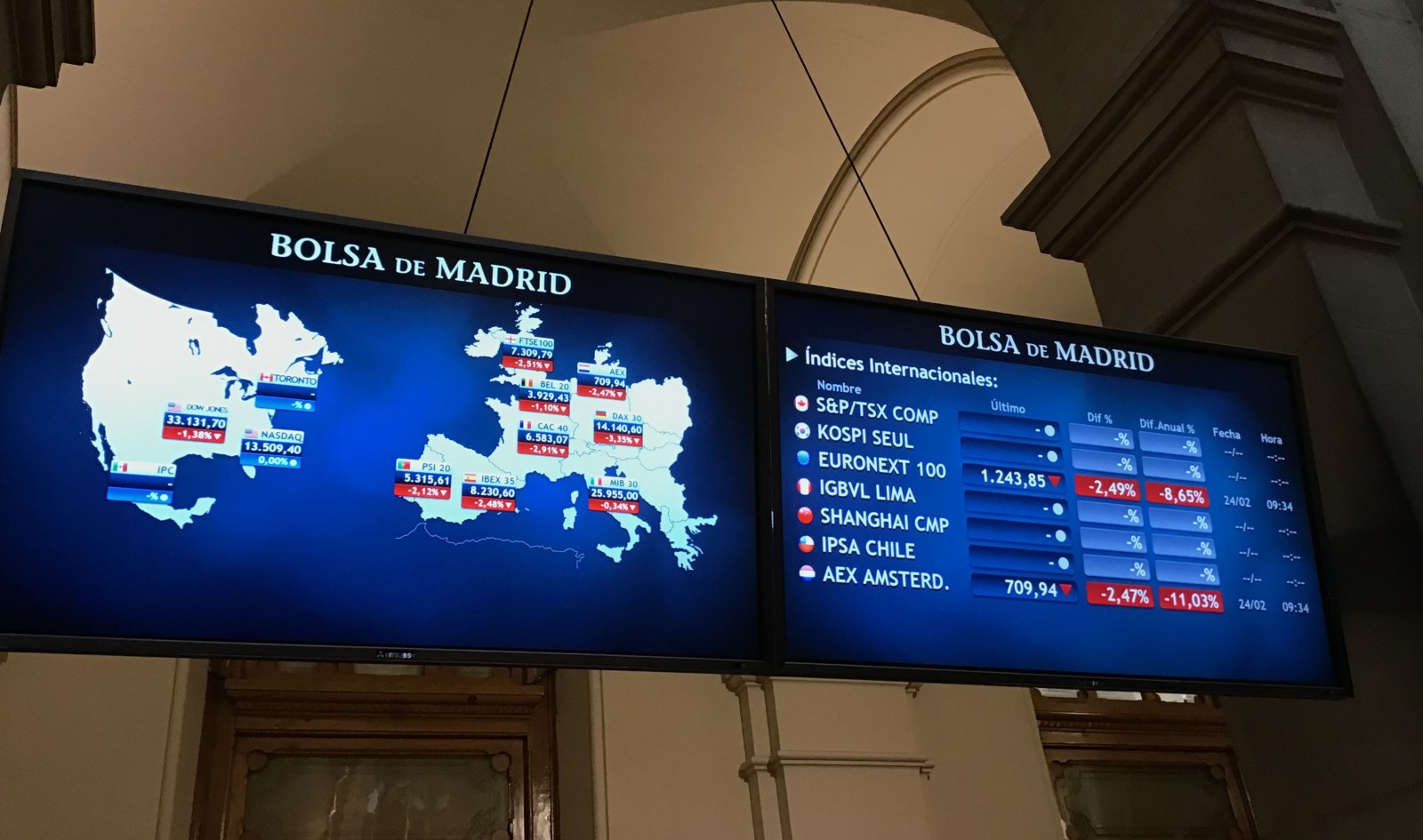 Russia’s invasion of Ukraine on Thursday has roiled global markets and will keep them on the boil for some time. Oil and gas prices are surging, which is bad news for South African consumers and the economy. But there is also a silver lining for South Africa as the gold price rises and sanctions bite a rival platinum producer.

When a bear cries havoc and lets slip the dogs of war, it also unleashes a herd of charging market bulls.

The invasion of Ukraine — a grain breadbasket of note — by resource-rich Russia on Thursday is roiling global markets, which have been on a knife’s edge as tensions heated up in recent weeks. Russian President Vladimir Putin’s decision to finally pull the trigger will keep markets on the boil for the foreseeable future.

To wit, the oil benchmark Brent Crude surged over 6% in morning trade past $100 a barrel, according to Reuters, a 7-1/2 year high. European gas prices for some contracts roared over 40% higher in morning trade, Bloomberg reported, an astonishing move that highlights the turbulence that Putin’s actions have stirred.

This bodes ill for South Africa’s fragile economic recovery as raging oil prices have been the key driver of domestic inflation, which hits the swelling ranks of the poor and the vulnerable the hardest. Data on Thursday showed that South African factory gate prices — measured by the producer price index (PPI) — slowed in January to 10.1% from 10.8% in December.

That is still highly elevated and the petrol price component of the PPI was up almost 37% year-on-year and is bound to rise further in the wake of Putin’s war.

Another huge concern on the domestic and global fronts is food inflation, given the significant grain footprint of both Russia and Ukraine. The latter was infamously the scene of a famine in the 1930s that killed millions and had nothing to do with the country’s rich soil and everything to do with Stalin’s murderous drive to collectivise agriculture.

US corn futures were over 5% higher on Thursday morning as worries mount about the ability of both countries to plant when the northern spring melts the snow from the steppe and then export the harvest to key markets, which in Ukraine’s case includes African nations such as Tanzania.

“This is causing a lot of anxiety on the grain markets. This conflict is an upside risk on the food price inflation side as it continues to add to the global price surge. It’s an upside risk to inflation but this will depend on the length of this conflict,” Wandile Sihlobo, Chief Economist of the Agricultural Business Chamber of South Africa (Agbiz), told Business Maverick.

South African food inflation for consumers was running at 6.2% in January and if the events in Eastern Europe fuel it higher, the poor will bear the brunt — a consequence that seems to have escaped the notice of ANC apologists for Putin. This will also clearly have consequences on a global scale for low-income households.

Still, there is a silver lining for South African commodity producers at play here.

Gold bulls thrive on war, conflict and uncertainty, and investors were rushing to the protective embrace of the precious metal’s status as a safe haven.

Rising grain prices will also benefit South African commercial farmers of crops such as maize, and they may find new markets if Ukrainian or Russian exports falter.

Another big winner could be South African platinum group (PGM) metals producers who have been posting record earnings. Russia is the world’s second biggest producer of PGMs and rhodium and palladium prices were as much as 3.5% higher on Thursday, according to Johnson Matthey.

It was not immediately clear if Russian PGM exports could be impacted by new sanctions announced on Thursday morning by European Commission President Ursula von der Leyen. The German politician said in prepared televised remarks that:

“We will target the strategic sectors of the Russian economy by blocking the access to technologies and markets that are key for Russia. We will freeze Russian assets in the European Union and stop the access of Russian banks to European financial markets.”

So Russian exports that could include PGMs may well be affected and Russian industry including mining companies look set to lose access to European financial markets. This would be a win-win for South African PGM producers.

Global equities markets have also been hammered by the unfolding conflict and the bear behind the brawl had the most bearish market of them all. Per Bloomberg:

“Russian equities fell the most on record on Thursday, erasing more than $150-billion in value, after president Vladimir Putin ordered an operation to ‘demilitarise’ Ukraine and targets were attacked across the country. The benchmark MOEX Russia Index is down about 50% from its October record high and along with the dollar-denominated RTS is the worst-performing stock market globally this year.”

Putin’s actions are already biting Russia’s economy. The problem is that the global economy is also bearing the claw marks of his aggression. DM/BM