‘Guns and Needles’: Young people must be educated o...

‘Guns and Needles’: Young people must be educated on damaging consequences of steroids 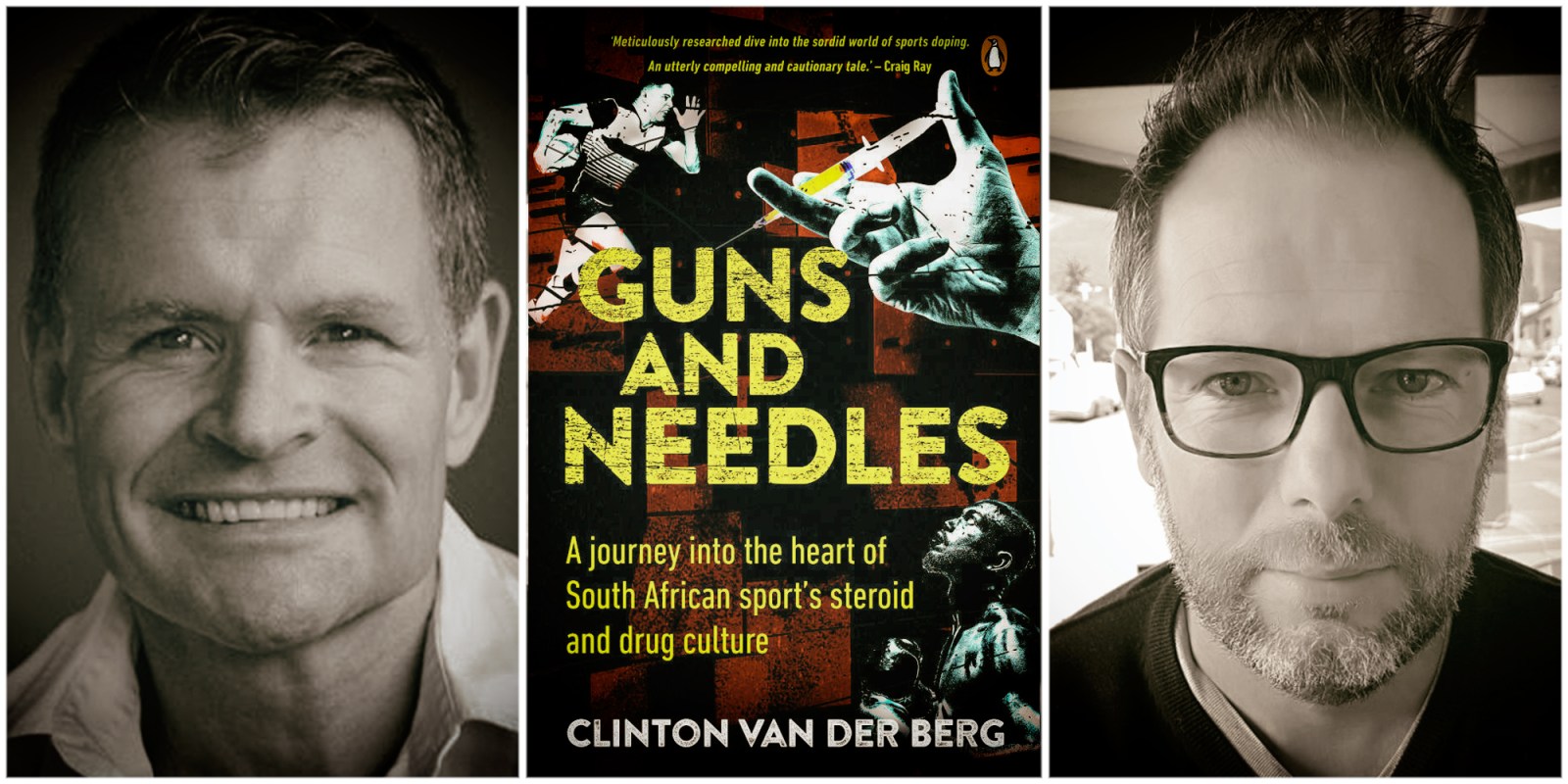 Speaking at the launch of his book during a Daily Maverick webinar, sportswriter Clinton van der Berg described a society awash with steroids and said young people must be educated about their detrimental effects.

According to award-winning sportswriter Clinton van der Berg, South Africa has one of the highest rates of athletes testing positive for doping, and to tackle the problem, parents and coaches need to educate young people about the detrimental effects of steroids.

Van der Berg, who is the head of communications at SuperSport, was speaking at a Daily Maverick webinar on Thursday during the virtual launch of his book Guns and Needles.

Steroid use is particularly prevalent among schoolboys who play rugby, he said. Van der Berg used the example of an Eastern Cape teenager, Thabiso Bull, who had ambitions of becoming a professional rugby player.

“Bull was a wing and he had great promise. One day his coach was called to [Bull’s] place and he had died because he had taken dirty steroids,” said Van der Berg.

He said some schools had implemented programmes to help pupils who are using steroids. At Johannesburg’s King Edward VII school, there is an amnesty programme, said Van der Berg.

“The school says to the boys, ‘We know you’re on steroids, come forward and we will get you counselling and help get you off them’. Which is very progressive.

“Education is critical. There is no two ways about it: very often it’s going to end badly and a poor kid is going to be damaged.”

Van der Berg used the example of Aphiwe Dyantyi’s rugby career being derailed by a positive drug test. In 2020, Dyantyi was banned from participating in the sport for four years.

Steroids are often used by athletes to build muscle or to quickly recover from injuries.

South Africa is familiar with stories of teenage athletes taking steroids. In 1995, Liza de Villiers became the youngest athlete to test positive for doping, at the age of 14.

The New York Times reported that “officials said her urine sample at the April junior championships contained the prohibited substances nandrolone, an anabolic steroid, and fencamfamine, a stimulant”.

At the time, De Villiers did what many athletes to this day do: she denied having taken steroids. However, she was banned from competing in running competitions. When she went back to the track field, “she was never quite the same”, said Craig Ray, Maverick Sports editor.

Van der Berg’s research also found that getting access to steroids was fairly easy for teenagers as well as athletes. He admitted that he had a “brief flirtation with steroids”, as Ray put it.

Van der Berg said that he had been offered steroids by someone from the gym. “I tried [Deca-Durabolin]. I moved off it and didn’t try it again,” he said.

In another case, Van der Berg witnessed someone selling steroids from their car outside the gym.

In Guns and Needles, Van der Berg uses a long-time friend, Kenny, as a case study of someone who uses steroids. Kenny is a former professional boxer.

“[Kenny] is enormous and has taken drugs for 13 years. He doesn’t see it as betraying the sport. For him, he just wants to look good and he knows full well the consequences,” said Van der Berg.

As to the types of people who are prone to use steroids, Van der Berg said that there are two types. One group is on steroids because they want to be bigger.

“This person could be a rugby player or a schoolboy or they’re trying to recover from an injury,” he said.

The other group uses steroids for aesthetic reasons. “There was a school in Durban that had a high positive steroid use and it was because the boys wanted to look good when they go to the beach. A lot of gym guys are getting big for the girls,” said Van der Berg. DM