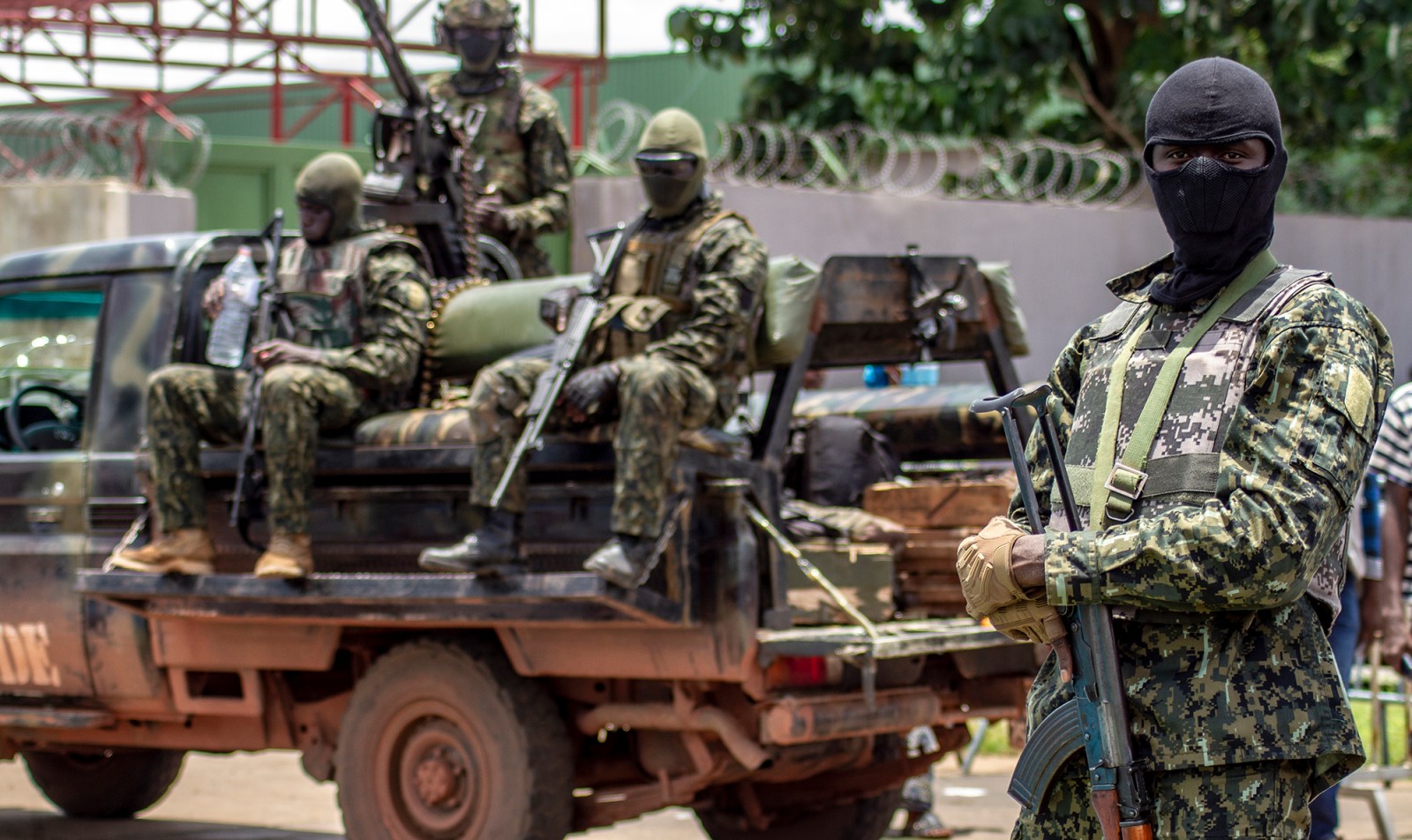 Guinean special forces secure a road at the Palace of the People in Conakry, Guinea, 6 September 2021. Guinea was among four African nations where successful coups took place in 2021 alone. (Photo: EPA-EFE / STR)

Visionary leadership and strong institutions are the continent’s surest route to achieving economic growth and sustainable development. According to a democracy index, only Mauritius could be described as a full democracy in Africa, with seven other countries — including South Africa — tagged as flawed democracies. The rest were either hybrid or authoritarian regimes, with the latter constituting the majority.

Until 1989, Africa was characterised by many authoritarian governments. After that, democracy took root as countries abolished military dictatorships, undertook constitutional reviews and embraced multiparty politics and elections. This promoted stability, legitimacy and acceptance in African political spheres. The general expectation was that multiparty democracy would eventually lead to economic growth and development.

But almost three decades after the third wave of democratisation, it’s not clear that the development dividend has been attained. Despite Africa’s vast natural resources, it remains the world’s poorest region. Persistently high public debt and corruption, coupled with unemployment, income inequality and poverty remain endemic.

Although the cause of underdevelopment in Africa is multifaceted, an undeniable root is poor leadership. The inability of governments to drive their countries’ development agenda continues to threaten democracy, with most countries reverting to autocracy.

Similarly, the EIU Democracy Index, which ranks countries as full democracies, flawed democracies, hybrid regimes and authoritarian regimes, says Africa recorded its lowest score of 4.16 in 2020 since the index started in 2006.

Indeed, as of 2020, only Mauritius could be described as a full democracy in Africa, with seven other countries — Tunisia, Cabo Verde, Botswana, South Africa, Namibia, Ghana and Lesotho — tagged as flawed democracies. The rest were either hybrid or authoritarian regimes, with the latter constituting the majority.

In the past decade, declining democracy in Africa is also evident in recurring military takeovers. Since 2010, Africa has had 43 successful and attempted coups. In 2021 alone, there were four successful coups (Mali, Tunisia, Guinea and Sudan) and two attempts (Central African Republic and Sudan). Barely two months into 2022, there’s already been one successful and one attempted coup (Burkina Faso and Guinea-Bissau).

The usual explanations for these coups point to economic mismanagement, corruption and low development in the affected countries, which the economic impact of Covid-19 has worsened.

The democratic reversal has exposed the fragility of African democracy and the threat of political instability. It also questions whether democracy is delivering the expected development dividends. The relationship is an issue of contention among scholars. Some hold that democratic regimes undermine development; others say they enhance it. Arguments have been made that economic development facilitates democracy, while some schools of thought say it has no significant impact on growth.

In Africa though, strong relationships can be observed. Using both the EIU and V-Dem index scores in 2019, nine countries ranked as the top 10 African democracies have a very high, high or medium human development score. (Mauritius is very high, Seychelles, Botswana, South Africa and Tunisia are high, and São Tomé & Príncipe, Ghana and Namibia are medium.)

And except for Madagascar, all countries ranked as the top 10 democracies by at least one of the two indexes are middle-income countries, with Seychelles being a high-income country.

How then do we explain why some countries ranked as democratic perform very poorly on development indexes? States like Lesotho, Senegal and Madagascar all score low on human development. In fact, in 2019, 73.2% of Madagascar’s population lived on less than $1.90 a day. For Lesotho and Senegal, this is 36.4% and 29.7% respectively.

The difference in the development rate in these countries can be attributed to their level of governance. Democratic states such as Seychelles, Mauritius, Cabo Verde and Botswana have high scores on governance indexes and are also more developed. On the other hand, democratic countries such as Madagascar and Lesotho, which perform poorer on such indexes, have low development.

This suggests that good governance may serve as an intervening factor between democracy and development. Good governance in the form of rule of law and justice, accountability, transparency and anti-corruption, is necessary to drive growth.

Could there be alternative routes to development? Does autocracy yield the desired results? Comparing the 10 worst African democracies using the above indexes reveals an interesting relationship between authoritarian regimes and levels of development.

Indeed, states such as Somalia, Burundi, CAR, DRC, Guinea-Bissau, Chad and South Sudan — which are at the bottom of democracy indexes — are also at the bottom of governance and development indexes. Over 70% of people in South Sudan, the DRC, CAR and Burundi live below the poverty line of $1.90 a day.

Likewise, Guinea-Bissau, Congo, Somalia and Chad have a high poverty rate. In addition to their poor governance, another common feature is years of political instability. So authoritarian regimes coupled with instability, poor leadership and weak governance produce the worst outcomes for development.

So irrespective of the regime type, good governance promotes development. Visionary leadership and strong institutions are Africa’s surest pathway to achieving sustainable development. This means that democratic states should focus not just on elections, but on achieving good governance. DM