SA long-distance runner Gerda Steyn out to improve on m... 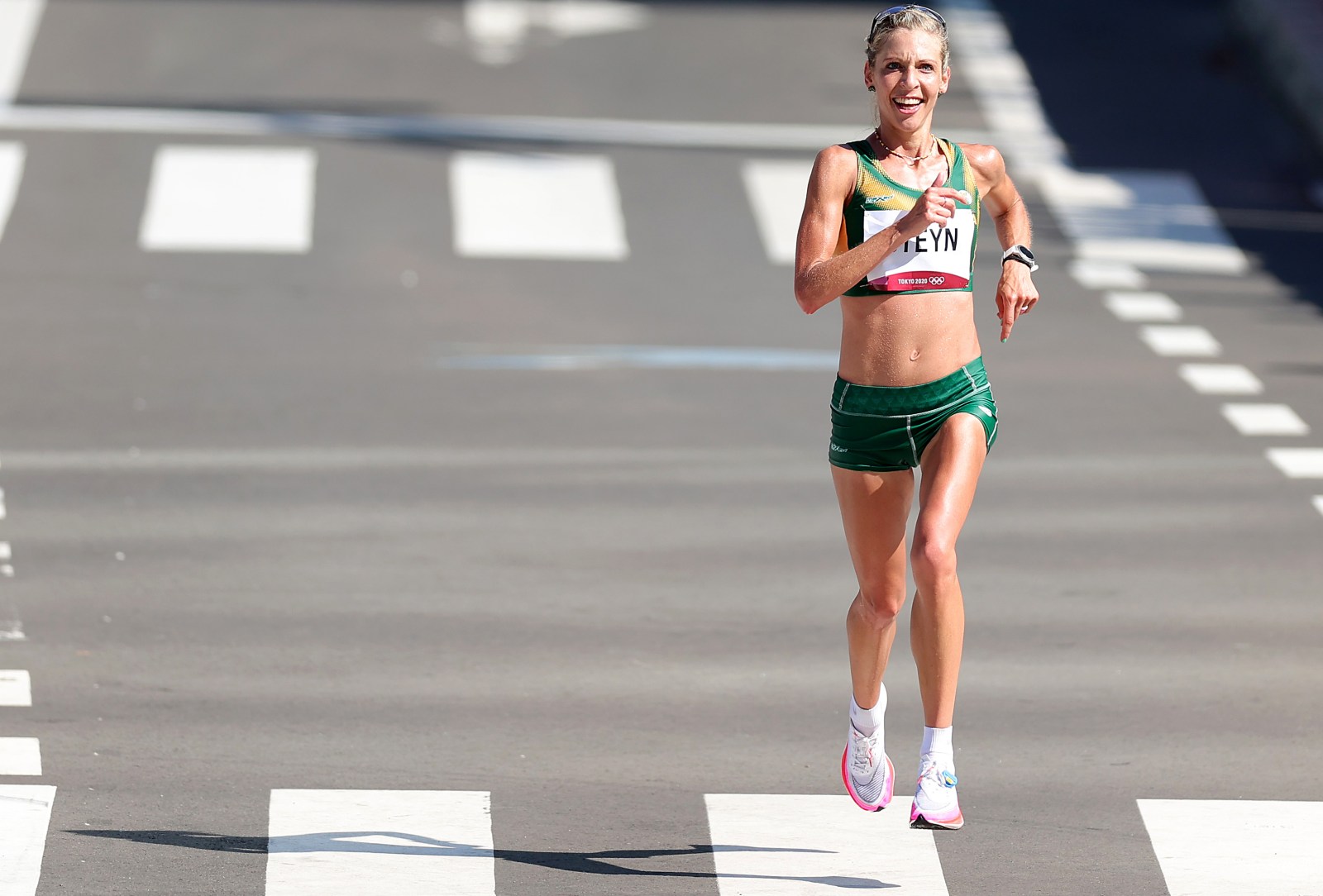 Since bursting onto South Africa’s long-distance running scene in 2015, the Free State-born athlete has continuously rewritten the history books. She’s not done yet.

Globally, most active athletes have been honing their skills from a young age and have gradually developed into masters of their respective crafts. There are exceptions of course to this traditional progression. South African Olympian and long-distance runner Gerda Steyn is one of these.

Steyn discovered her love for running by pure chance, as recently as 2014. The 31-year-old moved to Dubai to start working as a quantity surveyor. At that time, she wasn’t running at all, she says, although she had always been active and played team sports socially during her school days.

The Free State-born athlete says when she started running in Dubai it was just to meet new people via a running club in a foreign country.

“I only discovered my love [for running] then. I started to see progress and a really big improvement,” Steyn told Daily Maverick.

Since then, Steyn has sprinted to stardom in record time. In 2015 she completed her first Comrades marathon, running it under nine hours and finishing 56th. Two years later she was fourth, crossing the finish line in just under seven hours — with a time of 6:45:45.

In 2018 she rubber-stamped herself as a force to be reckoned with in long-distance running when she was victorious in the Cape Town-based Two Oceans Marathon, before finishing as runner up in the Comrades.

One year later and five years after her tentative and unassuming introduction to the sport, she won the ‘up run’ of the Comrades — which is run from Durban to Pietermaritzburg. In the process, she became the first female to complete that particular race and route in under six hours — crossing over in 5:58:53.

In spite of her relatively late bloom as an athlete, Steyn says she has no regrets about the path her career has taken.

“I’ve made total peace with it and I do respect the course that my career took. I do feel like I probably missed out on quite a lot of adventures as a youngster, such as competing in cross country or track racing,” Steyn shared with Daily Maverick.

“But I’ve also had the chance to get to a stage in my life where I’m serious about running, and I can be professional about it — rather than being pushed into as a youngster and not being afforded other choices. This was in my own hands; it was my own decision. So, I’m very grateful for the path that it took for me [to be where I am].”

Though there were fears that the 2020 Tokyo Olympic games would be called off altogether after being initially postponed, they happened in 2021 — a year later from the original start date.

Steyn was one of 185 South African athletes who lined up in Tokyo, a happening she would’ve not even dreamt of when she gravitated towards the sport of running eight years ago.

Having had some months to process the experience, where she ran the women’s marathon and finished 15th in a star-studded field, Steyn says it has made her hungry to qualify for the next edition of the global sporting spectacle.

“It’s sunk in by now. It was a big stage to stand on, to stand there at the start line of the Olympic marathon. It’s such a prestigious race. It was quite a big moment [for me]. Having processed it, it feels more real. And it does make me want to experience that again, and hopefully, I’ll make the start line of the 2024 Paris Olympics,” Steyn stated to Daily Maverick.

She added that despite the games taking place under strict Covid-19 restrictions in Japan, the experience had been a magical one for her, saying she doubts that any of the athletes would’ve opted for the Games to be scrapped completely.

“In the perspective of what was going on around the world, it was incredible that they (tournament organisers) actually managed to pull it off and that we were able to compete. The fact that the past Games were under Covid-19 regulations gives me something to be excited for the next time around,” the 31-year-old said.

Steyn recently signed a sponsorship deal with German apparel manufacturer Adidas. The runner says the partnership is a win for female athletes, who generally find sponsorship deals harder to come by in comparison to their male counterparts.

“When it comes to women in running, it’s still on the rise. It was only in the 1980s when the women’s marathon in the Olympics started. Adidas has done so much to prove themselves supportive of women in sport… This [partnership] sends a message to young female athletes in our country that there are opportunities if you perform well,” Steyn stated.

With the backing of her new partners, Steyn is aiming even higher than her most recent accolades, which also include her shattering Colleen De Reuck’s South African marathon record for women in 2021 – after it had stood for 26 years.

Participating at the Xiamen Marathon and Tuscany Camp Global Elite Race in Italy, the Olympian ran a time of 2:25:28, shedding over a minute off De Reuck’s time of 2:26:35 set at the Berlin Marathon in 1996. Still, Steyn is hungry for even more of such accolades.

“The year 2021 was really special for me, it was a breakthrough year for me in many ways. In 2022 I just want to build on that. I want to build on the foundations I laid in 2021. I’m very excited because I still see improvement in my training, I feel like I can still build on all my achievements from 2021,” Steyn said.

During her short running career, the Bothaville-born star has already proven her penchant for adaptability. As such it is hard to dispute her assertion that she will finish 2022 better than she started it. DM