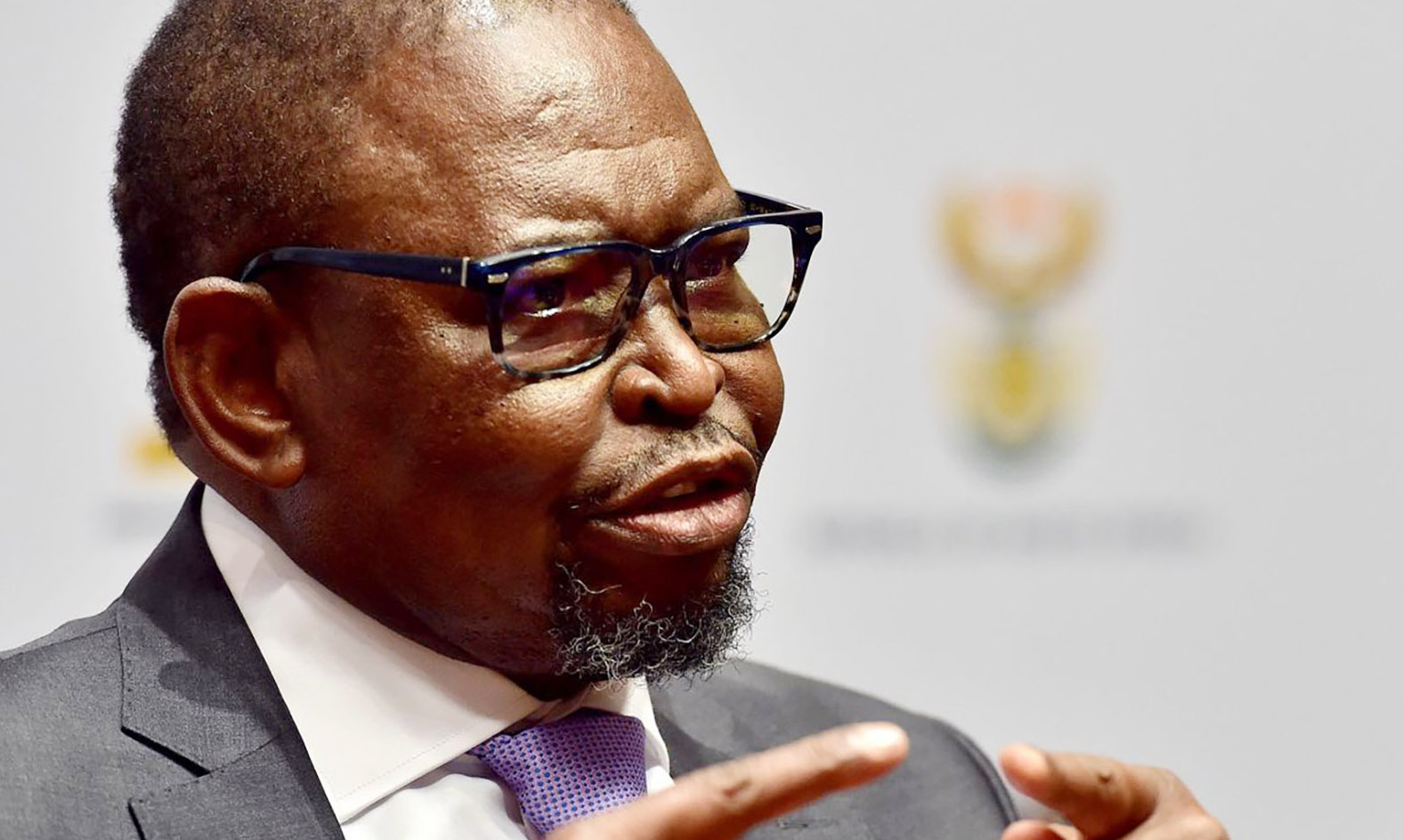 Continued fiscal constraint, tiny concessions on personal income tax brackets, fuel levies, corporate tax relief, an easing on forex controls for businesses as well as continued support for structural reform all add up to a marginally market-friendly budget. One with no fireworks or surprises.

At the presentation of his inaugural 2022 budget, all eyes were on Finance Minister Enoch Godongwana, who took over the ministry from outspoken minister Tito Mboweni last August. Would he toe the fiscal line set by government and articulated by himself in October?  Would he outline investment — and business-friendly policies that stimulate sustainable economic growth to save South Africa from economic disaster? And would he announce measures that would ‘unleash the economy’, to paraphrase President Cyril Ramaphosa’s bold policy vision, expressed at the recent State of the Nation Address?

As predicted, Godongwana used the tiny bit of fiscal space afforded him by sustained high commodity prices which helped to deliver an additional R181-billion in tax revenue over the financial year, to give some relief to consumers and businesses; to shore up government finances, and fund unexpected costs — incredibly without introducing new spending reductions in the 2022 Budget.

“We are turning the tide,” said Godongwana during the pre-budget media briefing. “We are not going over the fiscal cliff and I’m more relaxed now than when I took this job that we have the capability to change things around.”

The good news is that the improved revenue outcome will result in a narrowing of the main budget deficit to 5.7% of GDP in 2021/22, which is much lower than the 6.6% expected by the Treasury in November and a vast improvement from the Covid-induced 9.9% of GDP in 2020/21. Looking further out, the budget deficit is projected to narrow to 4.2% of GDP by 2024/25.

Government expects to achieve a primary surplus — where revenue exceeds non‐interest spending — by 2023/24, and gross debt is predicted to stabilise in 2024/25, a year earlier than planned, bringing to an end twelve straight years of rapidly rising debt. “Our gross borrowing requirement is reducing. We are on a path to fiscal sustainability and recovery — because we are making good use of these small gains we are getting along the way. We are not just spending, we are paying down our debt and reducing our borrowings,” said Dondo Mogajane, DG National Treasury, during the pre-budget press conference.

All of this is keenly watched by ratings agencies, given that the government has failed to close the large gap between revenue and expenditure that emerged during the 2008 global financial crisis. Since then, rising expenditure, unmatched by revenue growth, led to primary deficits and a sevenfold increase in public debt.

Stabilising this debt trajectory, which will please the ratings agencies, is highly dependent of course on no unexpected black swan events — no new pandemics, no riots such as that which cost the economy 609,000 jobs and required the government to top up Sasria, the state-owned all-risk insurer, with an addition R7-billion; stabilisation of public sector wages, no new surprises from State Owned Entities whose debt woes have cost the fiscus R305-billion over the decades — with a concomitant R257-billion reduction in frontline services and infrastructure since 2013; no interest rate or inflation shocks, and of course, something more than pedestrian economic growth — more on that in a minute.

The other fact to bear in mind, is that much of this debt stabilisation was a gift brought about over the past two years from the commodity boom, which is notoriously cyclical and cannot be relied upon. For this reason decisions on the much-debated Basic Income Grant were delayed to October, while the R350/month social relief of distress grant was extended for another year, costing R44-billion.

However attractive a basic income grant is, the fact is that spending on SA’s social wage rose from 58.2% to 59.5% of non‐interest spending between 2019/20 and 2021/22, with nearly half of the population receiving at least one social grant from the state. This crowds out other spending, and without additional revenue, the introduction of a BIG seems a politically charged pipe-dream.

While Treasury has pencilled in average economic growth of 1.8% over the next three years, this is the baseline scenario, said Boipuso Modise, acting Deputy DG for Economic Policy at National Treasury. “This assumes that fiscal consolidation is complemented by accelerated economic reforms. 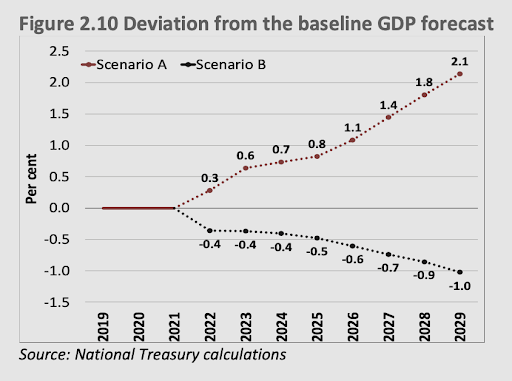 In an era of rising inflation, taxpayers will be relieved that government has provided some inflationary relief through a 4.5% adjustment to the personal income tax brackets and rebates, which while not a tax reduction per se, will introduce some savings.

In addition, for the first time since 1990, there will be no increase to the general fuel levy on petrol and diesel or the Road Accident Fund levy. In combination, these changes will ensure that fuel taxes as a percentage of the price of fuel are below 40%.

To the surprise of some, government announced a reduction in the corporate tax rate from 28% to 27% as of March 2023, fulfilling a promise made by Tito Mboweni a year ago. At the same time, Treasury noted that the OECD average is 23%, a fact that encourages tax avoidance.

Godongwana maintained his strong stance on delinquent State-Owned Enterprises in October, noting that SOE’s like Denel, the Land Bank, SAA and Eskom were monies that had been allocated in previous budgets.

All in all, this is a budget that can’t easily be criticised. Treasury has done what it can to create an environment conducive to returning business confidence and investment. Now it’s up to the line departments to execute the structural reforms that will really move the needle on economic growth. DM/BM