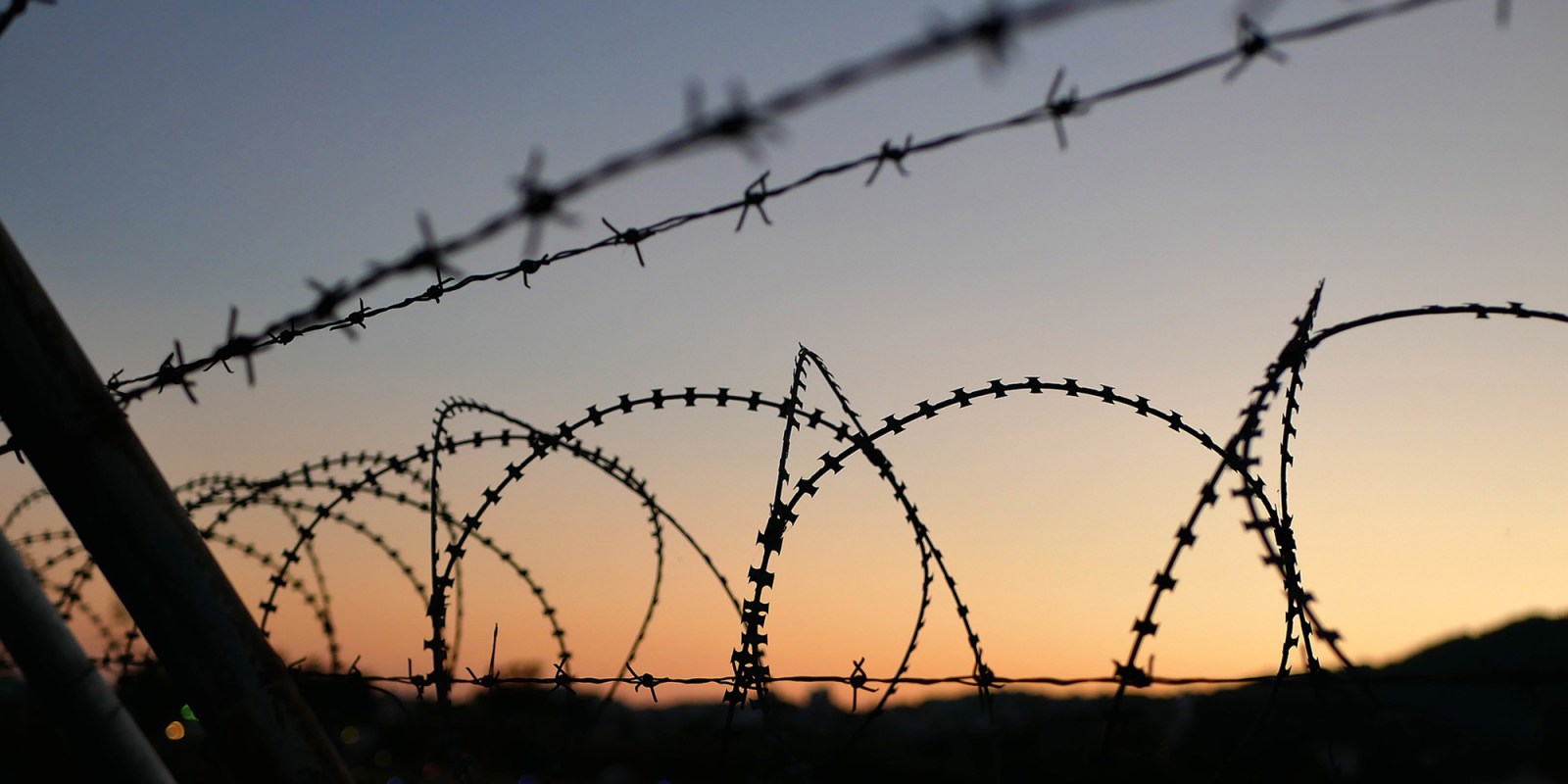 Boundary fences around game parks have come to represent the historical divide between ‘the haves’ and the ‘have nots’ in southern Africa. (Photo: MaxPixel.net)

A ‘big war’ rages in southern Africa between those who can legally harvest natural resources and those who can’t, says environmental educator Vusi Tshabalala.

Conservationists must move beyond textbook knowledge if they are to address the conflict and historical divide created by protected areas.

So says Vusi Tshabalala who manages an environmental monitoring programme in one of southern Africa’s biggest biosphere regions. The Kruger to Canyons Biosphere Reserve covers 2.5 million hectares and includes two key tourism sites – the Kruger National Park and the Blyde River Canyon, as well as an international floral hotspot, the Wolkberg region.  More than two million people live in or near these extensive conservation areas.

Tshabalala completed a national diploma in nature conservation in 2010, but reckons the book learning he acquired cannot compare with the lessons he has learnt from engaging directly with people in rural communities in and around the Greater Limpopo Transfrontier Conservation Area.

He referred to a rhino awareness campaign, visiting communities, talking about the importance of rhinos and the need to conserve them.

“At one meeting, an old man stood up and asked: ‘Really, what is the importance of this animal? The only thing it does is eat grass and poo. What’s the worst thing that can happen if it gets finished?’ ” recalled Tshabalala.

“We answered: ‘It’s part of the Big Five [lion, leopard, rhino, elephant and buffalo]’. The man replied: ‘Five is just a number. If we go down to four, so what? If you love five so much, why don’t you replace the rhino with the hippo? It’s bigger and more aggressive.’

“We waxed on about tourists coming to South Africa to see rhino and how this helps the economy, brings in a lot of money and all that. The man stopped us again,” said Tshabalala.

“He asked: ‘Who are the tourists coming to? They are not coming to me. All that money ends up in the reserves. I don’t get anything. I still go to bed hungry, without even a loaf of bread. This economic empowerment you are talking about; I am not feeling it; I am not seeing it; I am not benefiting from that thing being alive.’

Tshabalala had hoped that tapping into feelings of customary heritage would finally settle the debate. It didn’t.

‘Who has even seen a rhino?’

Another old man stood up, animated and angry. “He asked: ‘Out of all you guys here in this community, how many of you have seen a rhino?’ There were 42 people. Only four raised their hands,” said Tshabalala.

“I said: ‘Ja, but they have ecological importance.’ A young man immediately interjected. He said: ‘But wait, to have rhino is expensive because of anti-poaching [measures] and all that. There are many reserves that now don’t have rhino. They still have tourists coming in. Their bush and trees are still doing well, as well as all the grass animals eat. Ecologically the reserves are fine.’

“We did not know what to say. We had run out of answers,” said Tshabalala. “I learnt an important lesson that day. Every answer we had given them, I had learnt at school, at university and in an office working environment. None of it talked to their realities. We said we would come back.”

In the days that followed, Tshabalala thought deeply about an appropriate answer to that question: “What is really the worst thing that can happen?”, especially when seen from the perspective of people in communities who have derived little benefit from protected parks and game reserves.

The darkest side of the illicit wildlife trade gave him the answer. Dangerous international networks have entered communities, and today wildlife and animal parts are trafficked much like illegal drugs, arms and even people.

“Guess what? It worked,” said Tshabalala. People related to concerns that a criminal gang culture has emerged in communities, that gangsters have become role models for children who say: ‘Why go to school for 13 years when this guy, over just two weeks, can get a nice big car?’”

Tshabalala also mentioned lively debates he has had about bushmeat poaching and legal hunting.

Officially, he said, a legal hunter was someone with a permit, granting him the right to kill an animal on a game reserve, either for the pot or for a trophy. More often than not these private reserves are on land that people from neighbouring communities consider part of their heritage, places where their forebears once hunted freely.

If such a person happened upon a porcupine on a road outside a reserve and killed it for meat, that person would be classified as a poacher, said Tshabalala. Yet owners of game reserves could kill any animal on their properties provided it was not a protected species.

“So, people see a great disparity between what a ranch owner can do, and what they are not allowed to do,” said Tshabalala.

Tshabalala also does not subscribe to the term “subsistence poacher” when referring to a person who kills an animal to feed his family.

“Poachers are criminals and traditional hunters are providers,” said Tshabalala.

“So we have commercial poachers, who are criminals, and traditional hunters, who are not criminals,” said Tshabalala. He believes that those who hunt to feed families should be given more legal opportunities to do so, especially in game reserves and protected parks where culling takes place.

He said this issue came to the fore on a reconnaissance to map out the Sabi area in Mozambique as part of an expansion plan for the Great Limpopo Transfrontier Park.

People there live in deep bush close to the park and depend on game for food, said Tshabalala. If you push them out, it will spark a never-ending cycle of conflict of the kind that has marred the conservation landscape in southern Africa ever since protected areas were declared, he said.

He mentioned a discussion he had with an old man who has survived from hunting in the Sabi area his whole life.

“There is a fence between me and the duiker I used to hunt,” the man told Tshabalala. “That is the only thing that stops me. I can get around the fence, or wait for it to get out the fence, then I can kill it. But even when it comes out, and I kill it, I am seen as a poacher.”

“Basically, at the end of the day, there is a resource that belongs to all of us,” said Tshabalala. “But it is only allowed to certain people, those who have money, who are educated enough to go to the department to get a permit and to go through all those processes. And then there is the villager, a hunter, who has not been taught about all these processes, and who, anyway, does not have money to pay for a permit.”

“So, there is a big war, a big fence, between who can and who can’t,” said Tshabalala.

He said behaviour defined as illegal by authorities, was frequently not viewed as bad or wrong by people living in or near conservation areas.

This issue of “contested illegality” extended way beyond the Great Limpopo Transfrontier Conservation Area, said Tshabalala, referring to the case of a KwaNibela fisherman, 25-year-old Thulani Mdluli, who is presumed dead after a clash with authorities on Lake St Lucia in the iSimangaliso World Heritage Site late last year.

To win the support of people who felt excluded, a new approach was needed. Community engagement, he said, must tap into realities that define people’s existence – the real stuff of life not found in textbooks. DM

Supported by USAID; the joint WWF-SA, WESSA and Roving Reporters initiative assists aspiring journalists to report on the complexities of illegal wildlife trade in and around Greater Kruger.