Saldanha Bay’s new mayor aims to give a voice to desp... 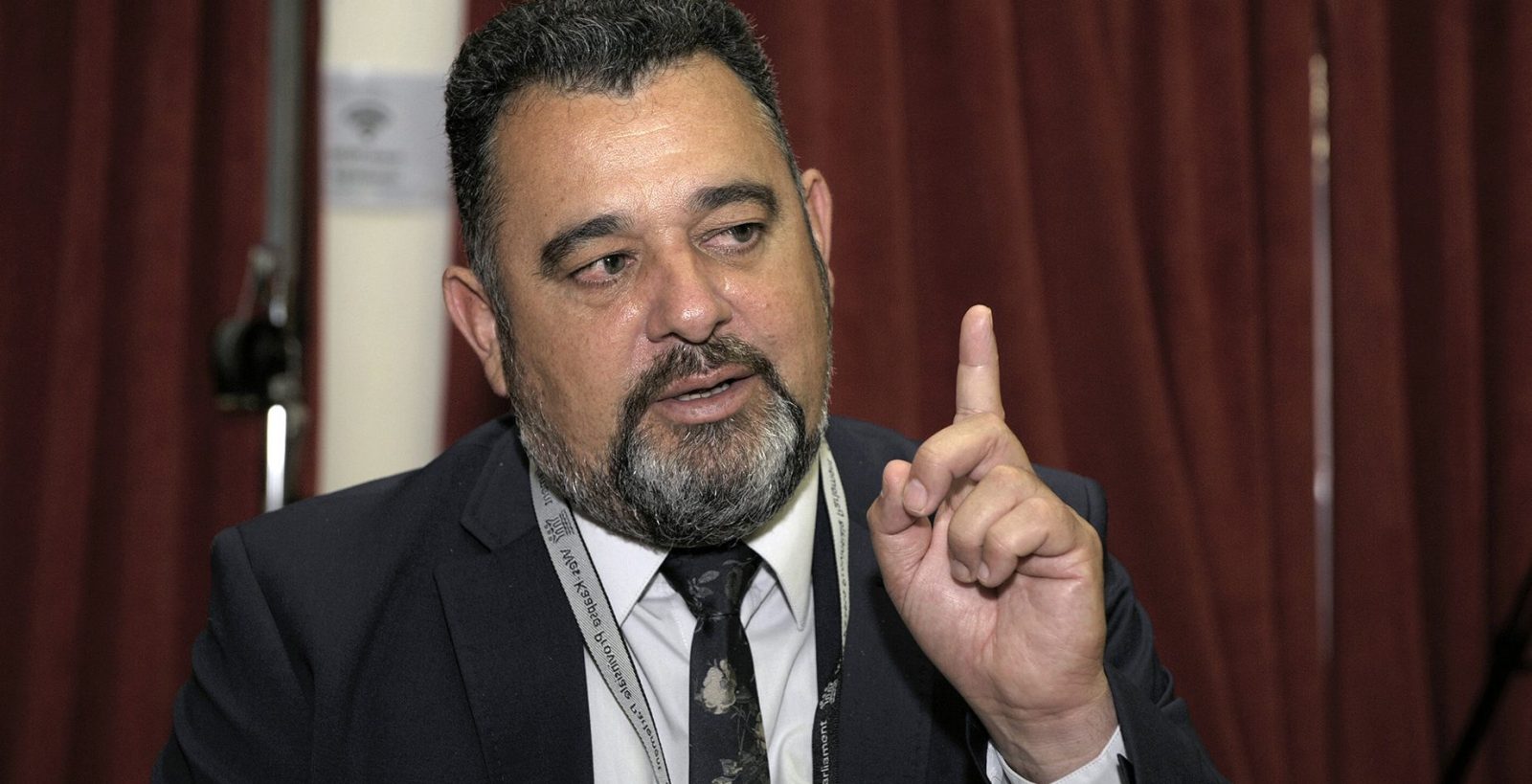 Andre Truter who was appointed Executive Mayor of the Saldanha Municipality in December 2021 has one mission and that is to make sure that local fishermen benefit from the lucrative fishing industry on the West Coast. Truter has an open door policy and wants to engage with the fishing community on how best to achieve this. (Photo: Joyrene Kramer)

When Saldanha Bay Steel ground to a halt in 2020, the already high unemployment rate spiked. It also had a damaging ripple effect, with scores of local businesses closing shop. Now, the newly appointed mayor of Saldanha Bay has great ambitions to reinvigorate the impoverished fishing communities on the West Coast.

The Democratic Alliance’s Andre Truter was appointed mayor of Saldanha Bay in the Western Cape in November 2021. He has the daunting task of tackling an ongoing housing crisis and high unemployment, especially among fishermen.

When Saldanha Bay Steel ground to a halt in 2020, the already high unemployment rate spiked. It also had a damaging ripple effect, with scores of local businesses closing shop.

Truter, who comes from a fishing family with relatives who have drowned in the waters of Elands Bay, believes he has what it takes to make a difference.

In an interview with Daily Maverick after Premier Alan Winde’s recent State of the Province Address in Velddrif, Truter said that when he took office, the first thing he did was to carry out a review of the municipality. Operationally, there were many areas in which the council could improve, he discovered.

“Every day I have this moment of quiet introspection and ask myself what I can do better today. It is time that we start listening to the community and what the municipality can do for them.

“I have asked for greater emphasis on our fishing community. I think in South Africa this is one of the communities with the oldest history but gets the least attention,” he said.

The West Coast fishing community is managed by a national department that has no idea what this community needs, he claimed.

One example of how far removed the fisheries department is from the community is that it has given fishing quotas to people who don’t even live on the West Coast.

“To give voice to our struggling fishing community, I want to create a special section in the municipality specifically dealing with fishing and agriculture,” said the mayor.

“Our entire [municipal] organisation doesn’t talk with fishermen. We don’t have a section that looks at the housing issues relating to the fishing communities and how best we can equip them so that they do some odd jobs during the off season.”

Poaching along the West Coast also worries Truter, but at the same time he understands what drives the unemployed and desperate fishermen to that point.

“When I was a police officer, I came across a lot of people in Paternoster with illegal lobsters. But I had to ask myself the question: if my children were hungry, would I also go poaching?”

Truter, previously a councillor in the municipality, conceded that he might not be able to provide immediate permanent solutions to these pressing issues, but that he would try to offer temporary relief. For now, activists and fishermen have adopted a wait-and-see attitude.

Freddie Kearns, a self-confessed poacher and unemployed fisherman in Steenberg Cove in St Helena Bay, has a string of convictions for poaching. He hopes that the promises made by Truter will be kept.

“I’ve been in court so many times and every time I told the magistrate I have been poaching, not to make business, but to feed my children. My son has become a drug addict because he can’t find work,” Kearns said.

Snyders, the founder of Saldanha Bay Fishing, which is made up of about 100 fishermen, appreciates that Truter wants to improve conditions for fishing communities.

“Our company consists of fishermen who lost their 20-year quotas after a dubious transaction with a prominent fishing magnate. As a company, we have applied for new quotas and the Department of Forestry, Fisheries and the Environment is expected to make an announcement at the end of February.

“The first thing the mayor should do is to help the fishing community prevent unscrupulous businessmen from robbing our poor people of their quotas.”

Snyders also wants the mayor to go a step further and hold a workshop explaining the Fishing Rights Allocation Process (Frap) initiated by the national department.

Activist Mali, from White City, a suburb in Saldanha Bay, plans to watch Truter carefully. She believes it is time that someone in the municipality walks the talk.

Thyrone Williams, who headed a protest in Laingville, St Helena Bay, following the murder of nine-year-old Leo Williams in August 2020, said Truter was a man of his word.

“Truter walked a long way with the Laingville community during those turbulent times. I think creating a fishing and agriculture portfolio within the Saldanha Bay Municipality is a step in the right direction to unify the fishing communities of Saldanha Bay, Paternoster, Stompneus Bay and Steenberg Cove,” Williams said. DM