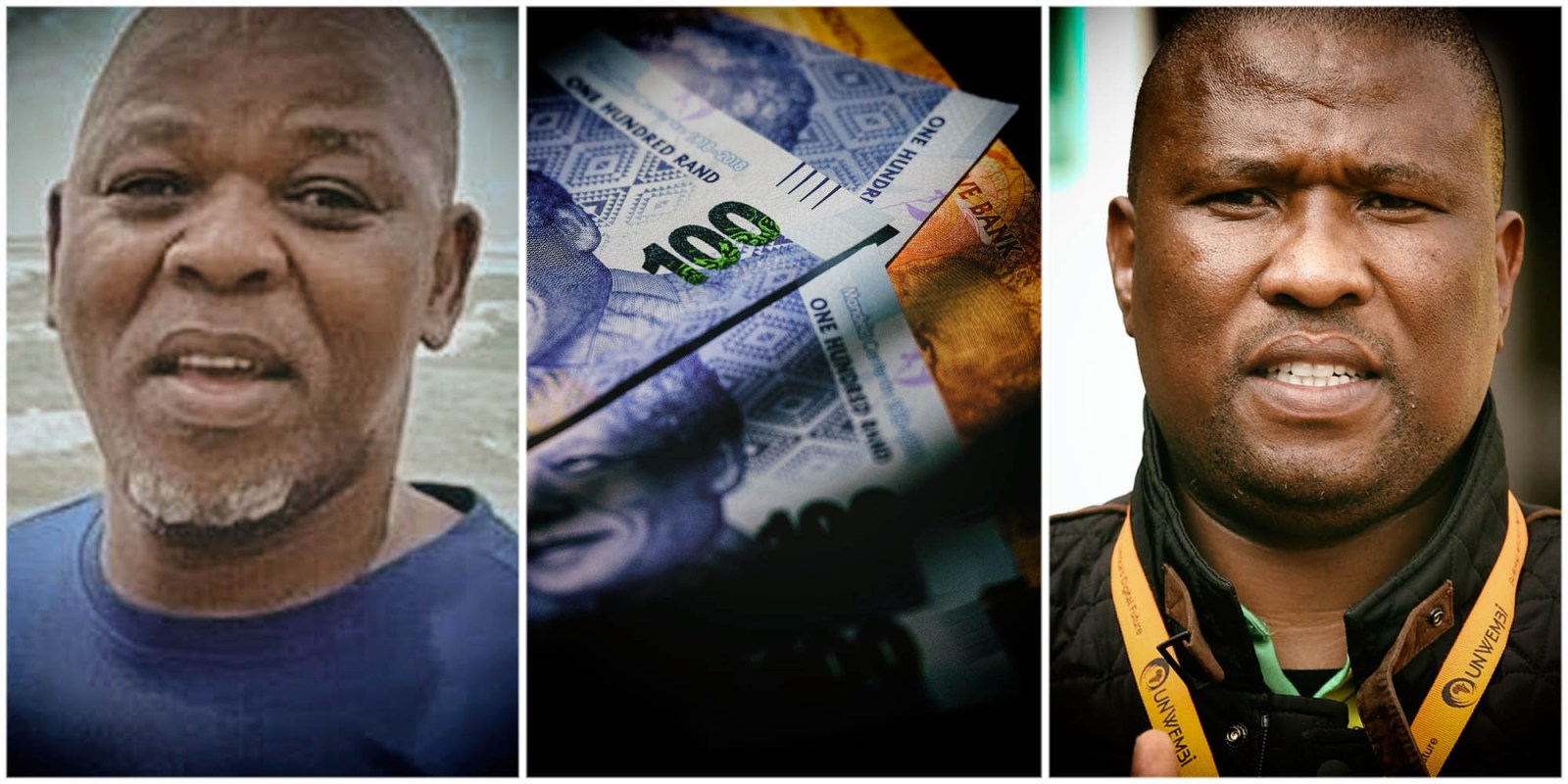 Enoch Mgijima Municipality wants to interdict Eastern Cape Premier Oscar Mabuyane and two MECs from interfering with the municipality’s mandates. The council’s debts are spiralling, allegedly as a result of the province’s decision to put it under administration.

Enoch Mgijima Municipality is taking Eastern Cape Premier Lubabalo Oscar Mabuyane and two of his MECs to the East London High Court on Tuesday to obtain an interim interdict to restrain them from unlawfully interfering with the municipality’s constitutional mandate and duties.

The council claims that an administrator appointed by the province, whose term has expired, controls access to the municipality’s bank account, allowing its Eskom debt to rise from R120-million to R700-million while staff cellphones and the council’s internet access have been cut off.

The Komani-based local authority wants Somana to remove his name from the list of people authorised to sign and approve payments made from the applicant’s bank account, and for the FNB’s Queenstown branch to remove Somana’s name as an authority and signatory.

The respondents, who include Oscar Mabuyane, Treasury MEC Mlungisi Mvoko, Cooperative Governance and Traditional Affairs (Cogta) MEC Xolile Nqatha, Somana and the FNB bank manager, were given until midday on 21 February to file their opposing papers. The matter is enrolled for the interim relief on Tuesday at 9.30am.

In her founding affidavit, Enoch Mgijima Municipality’s accounting officer, Nokuthula Zondani, said that after the merger of Inkwanca, Tsolwana and Lukhanji municipalities with Enoch Mgijima, the municipality inherited all the challenges of the three amalgamated councils. At the time, they had varying degrees of political and administrative instability.

Zondani said this resulted in the provincial government invoking the provisions of Section 139 of the Constitution, allowing it to intervene in the affairs of the municipality.

“Former Cogta MEC Fikile Xasa introduced Dr Vuyo Mlokoti as an administrator and a financial recovery plan was developed. Mlokoti’s intervention was extended for another six months to 14 September 2019. He fell ill and was replaced by Dumisa Gabela,” she said.

“Somana was appointed as administrator to monitor the implementation of the financial recovery plan following a resolution of the executive council adopted on 11 March 2020, and his term was to end on 31 October 2021. After 31 October 2021, Somana left the municipality and never came back,” said Zondani.

“I understood this to be consistent with the term that he was given and the fact that a new council was to be elected,” she said.

Zondani said Somana failed to do what was required of him.

“The financial recovery plan targets were not achieved because he never convened the bid committees to evaluate and adjudicate tenders for infrastructure projects. As a result of his failure, the municipality infrastructure grant (MIG) for delivery of basic services of R42-million was taken back by the National Treasury.

“The R118-million grant from the premier’s office was almost taken back for failure to achieve the 40% target as required by the grant conditions. At the time his term expired on 31 October 2021, it was 5%,” she said.

After Somana left, she said, they worked tirelessly to ensure that they reached the 40% target to avoid its forfeiture and, as a result, the grant from the premier’s office was saved.

“Somana’s role was to improve the financial health of the municipality. However, his interference has rendered the financial recovery plan unworkable. At the time he was introduced as administrator, the Eskom debt was about R120-million — and at the time he left on 31 October 2021, the debt was sitting at over R700-million,” Zondani said.

She said that prior to the local government elections, Cogta issued a circular which stated that in regard to municipalities under Section 139(1) intervention, the intervention automatically came to an end upon the election of the new council.

“I contend that the circular is effective on the basis of its existence until it has been withdrawn by the functionary that issued it or is set aside by way of a court order,” she said.

Zondani said Somana resurfaced at the end of January 2022 when he wrote a letter to an official of the municipality indicating that he was designating him as a signatory to the council’s bank account.

Zondani said Somana has either refused or neglected to authorise any payments sent to him for approval, with no reasons provided.

“He only approved payment of the SARS debt. The net effect of this is that, as the accounting officer, I am unable to honour the financial obligations of the applicant as they become due from time to time due to the unlawful and intransigent conduct of Somana,” Zondani said.

She said this resulted in the municipality being unable to pay debts and invoices due by it within the requisite 30 days from the date of the submissions of the invoice, as required by law.

“This is going to reflect negatively on the audit outcomes of the municipality,” she said.

Zondani said there is no basis in law for removing the statutory power to manage the council’s bank account from her.

“I therefore contend that Cogta had no power to instruct the bank to include Somana as signatory to the banking account of the municipality, not when such inclusion excludes me in contravention of the pertinent provisions of the Municipal Finance Management Act, 2003. This is not essential for the effectiveness of the intervention by the provincial government,” she said.

She claimed Somana has made nonsense of the financial recovery plan, which he was appointed to implement and monitor.

“Somana’s term of office ended on 31 October 2021 — after that, he had no power to control any of the financial affairs of the municipality in a capacity as an administrator under section 139 of the Constitution, including the power to authorise payments and control the applicants’ banking account, which power resides with me in term[s] of the law,” she said.

Zondani said the appointment of Somana was unconstitutional, at least to the extent that it did not coincide or include the dissolution of the council as contemplated in the Constitution.

“In any event, the council which may have failed to execute its executive functions has since been replaced with the new council, which is untainted with malfeasance of the old council, if any. Somana’s continued interference in the affairs of the municipality is unlawful and is a usurpation of my powers and functions as the accounting officer of the municipality,” she said.

Zondani said a palpable amount of harm has resulted from Somana’s conduct.

“Mobile cellular communications devices issued to various councillors and staff members are not working because the relevant service provider has terminated the contract with the municipality due to nonpayment.

“The internet has been disconnected for the entire institution because of the nonpayment. As a result, municipal officials do not have access to important documents of the municipality and emails… important communication cannot be received,” she said.

She warned the same situation could arise with other service providers.

“This will frustrate the municipality in its quest to deliver services to the communities. As a result of the termination of the cellular telephone services, emergency services provided by the municipality have effectively ground to a halt… residents who call the municipality for emergencies will not be able to get assistance.

“There is a reasonable apprehension of harm if the interdict sought herein is not granted,” she said.

Zondani said the balance of convenience favours the granting of the interdict since the respondents stand to suffer nothing if the interdict is granted, while the municipality could suffer service delivery protests if the relief is denied.