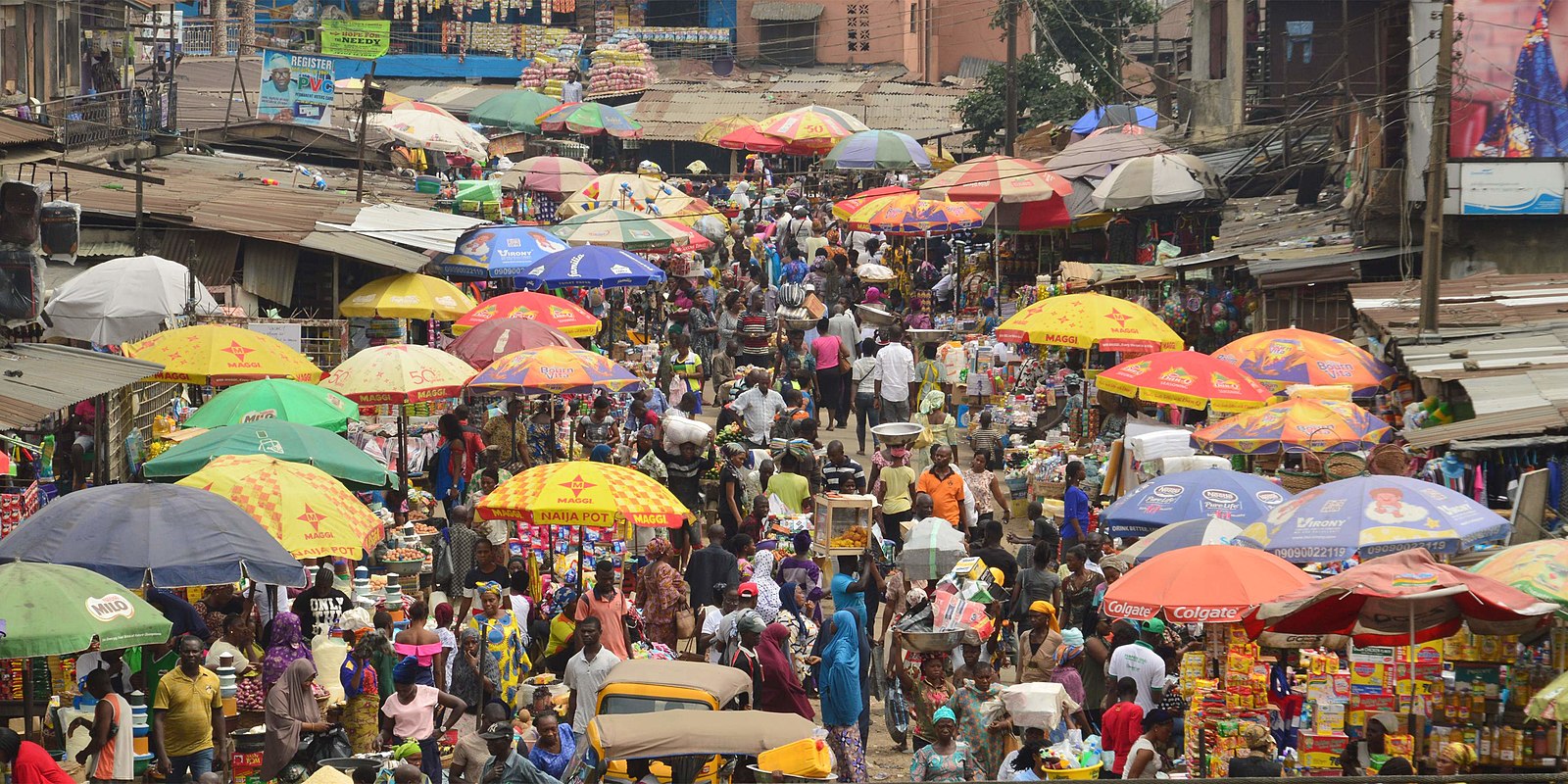 Mushin Market in Lagos, Nigeria. The author argues that an integrated approach or policy coordination across sectors could yield a significantly brighter future for the country's economy and overall inclusivity. (Photo: Omoeko Media/Wikimedia)

The UN climate summit COP26, held in November 2021, focused the world’s attention on the urgent need to tackle climate change and concluded with 197 countries agreeing to the Glasgow climate pact. But opinions on the summit’s success are polarised.

We owe a profound gratitude to the developing nations – including those from Africa – who agreed to the pact. In doing so, they chose not to insist that richer developed nations, whose historical and ongoing greenhouse gas emissions have largely caused the climate crisis, pay reparations to them for the damage they’ve inflicted.

African nations continue to hold the unenviable position of being disproportionately vulnerable to climate change. Although the continent accounts for the smallest share of global greenhouse gas emissions – only 3.8% – it’s already heating faster than the rest of the world.

And if the target of limiting global warming to 1.5℃ above pre-industrial levels is missed, Africa could be facing catastrophic temperature increases of up to 3℃ by 2050.

At the same time, the threat to GDP of African nations that are most vulnerable to these changes – meaning the amount of economic activity that stands to be lost if these changes are severe enough – is projected to increase from £660 billion in 2018 to over £1 trillion in 2023. That’s almost half of the continent’s projected GDP.

Given these estimates, Africa’s climate resilience must exceed the global norm. And some steps are being taken to protect the continent against the worst climate consequences through investments from national governments and the private sector. Organisations such as the African Development Bank and the UN Environment Programme are also leading climate change adaptation measures, like working to protect mangroves on over 200 million hectares of land.

However, the estimated yearly cost of this kind of climate adaptation for developing nations is around £52 billion – and is expected to rise to between £100-220 billion by 2030. While developed nations agreed in the Glasgow pact to double climate change contributions to their developing counterparts by about £29 billion by 2025, this amount is just a fraction of what’s needed.

One way to close this gap could be to leverage the Paris climate agreement, specifically, a subsection of article six that allows countries with high emissions, such as the US and UK, to offset them through investing in sustainable initiatives like reforestation in low-emitting countries: including those in Africa. Such partnerships could act as a catalyst for the growth of low carbon energy projects such as solar, geothermal and wind power.

Another option could be to redirect local government money towards sustainable schemes. The total amount provided by African national governments in fossil fuel subsidies rose to £55 billion in 2015 alone, causing calls for “phasing down” these subsidies to be enshrined in the Glasgow climate pact.

Since subsidy money was flowing into an industry employing less than 1% of Africa’s workforce, it could instead be invested back into African economies, creating inclusive, environmentally friendly job opportunities. For example, it might be used to fund startups like Gjenge Makers: a Kenyan business making paving blocks and tiles out of recycled plastic.

Despite contributing the least to the changing climate, many African nations are also taking strides to transition to renewable energy. The world’s largest concentrated solar power (CSP) facility in Morocco, Noor Power Plant, converts the Sun’s energy to electricity for around two million households.

Unlike more widely used photovoltaic panels, CSP enables solar energy to be stored for nights and cloudy days. The facility generates more than a third of Morocco’s power while reducing carbon emissions by around 690,000 tonnes per year.

Projects like these don’t just create more jobs, they also make more money. Up to £236 billion of new business opportunities that aim to climate-proof food and land systems – including preserving local forest ecosystems and restoring degraded landscapes – could be added each year to Africa’s economies between now and 2030. DM/ML

Margaret Kadiri is a lecturer in Physical Geography at King’s College London.