Whither cadre deployment in South Africa? 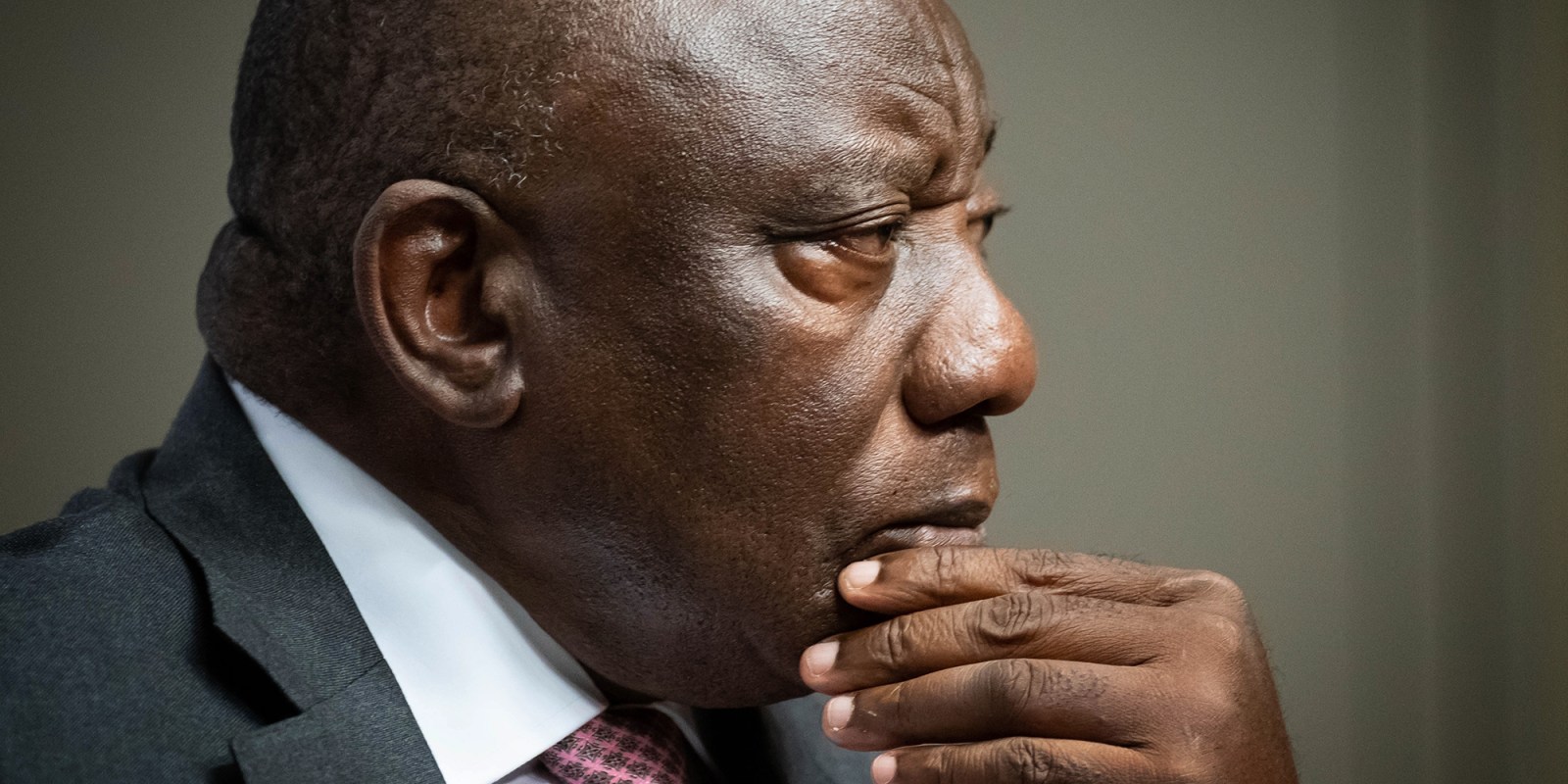 In his 2022 Sona, Ramaphosa said that ‘we will soon be finalising a framework for the professionalisation of the public service’ and that ‘lifestyle audits are already being implemented across the public service’. Is this the end of cadre deployment?

Did President Cyril Ramaphosa signal a policy shift in his 2022 State of the Nation Address (Sona) when he announced the need for “professionalism” in the civil service? He didn’t quite articulate “death to cadre deployment” but he did say:

“The fight against corruption will take on a new intensity thanks to the outcomes of the State Capture Commission, the strengthening of law enforcement agencies and the implementation of new anti-corruption practices in the public service.”

In January 2022, head of the Judicial Commission of Inquiry into Allegations of State Capture, acting Chief Justice Raymond Zondo said that it was “in the public’s interest that they should know how the ANC’s cadre deployment committee influences decisions and appointments by state entities or government functionaries”.

It is a known fact that in broad brushstrokes, loyalty to the ANC guarantees positions, tenders, and has led to widespread corruption as witnessed at the State Capture hearings.

The Sona comes on the back of the Zondo Commission report which thus far is crystal clear on what went wrong in SA due to cadre deployment in SOEs.

Cadre deployment, ie the ANC’s systematic placement of party loyalists in the public service and in state-owned enterprises, is recognised as one of the primary movers of State Capture. That is, the “capture” of the state, consisting of looting and fleecing, in the hands of its political elite (hand in glove with business: the Guptas, McKinsey, KPMG, Bain & Co) would not have been possible without willing compliance of members in the public service and other operational bureaus to bow to their string-holders in governance.

At the ANC’s 2007 Polokwane Conference where Jacob Zuma was elected, a “revitalisation” of the 1997 Resolution on Deployment mandated the incoming national executive committee to “review the political management of the deployment process and ensure the implementation of the process, with a view to strengthening collective decision-making and consultation on deployment of cadres to senior positions of authority”. It argued this required “strengthening the National Deployment Committee”.

The ANC’s cadre deployment policy — ie its “Resolution on Deployment” first adopted in 1997 — does not hold legal transgression nor a morally reprehensible status in and of itself. It is common practice across the world for governments to deploy loyal party members to influential positions. The 1997 resolution called for “a deployment strategy” necessary to “identify the key centres of power” so the party might deploy “comrades” to areas of work on behalf of the movement. In principle, there is no issue here where it concerns governance in the strictest sense.

The bone of contention is where those elected members of Parliament deploy cadres at the operations level in the public service and state-owned enterprises who are objectively “unfit” and “improper”. A fraudulent curriculum vitae, poor to zero qualifications, a history of mismanagement, and personal connections influencing appointment are defining characteristics of the questionable “cadre”. The distinction between party members as seniors in governance and those at the operational level is imperative.

The work of the Zondo Commission is not so much the inevitable uncovering of party loyalty, but inadequacy and corruption, and details of personnel unfit for the position. SOEs have been ruined in SA through cadre deployment — Eskom, Transnet, Prasa, SAA.

It is important to note that the ANC’s cadre deployment predated the Zuma administration. An assessment of the SABC’s turmoil is a particularly interesting case because therein lies a plethora of examples of cadre deployment, beginning in the early 2000s. It also illustrates how the media at large has changed its modus operandi, from what previously may have been considered complacency, to its current position of taking charge of its duty to scrutinise and hold the state accountable to its people.

When the now-referred-to “ANC veteran” Snuki Zikalala — later to become the “poster boy for political propaganda” — was appointed in 2002 as managing director for news and current affairs at the SABC, the press reportage was mostly favourable. Business Day said it was a “brave decision”. The Sowetan argued Zikalala could not afford to be “distracted by the criticism” (that he was a party loyalist) and The Star went so far as to say, “it is therefore unfortunate for Zikalala and the corporation that he will start his new job tainted by the perception of bias in favour of government and the ruling party. Zikalala has stressed his commitment to balanced and fair journalism after the announcement of his appointment last week.”

Fast forward four years to 2006 when the SABC’s “blacklisting scandal” surfaced, in which it was found that the broadcaster had been “blacklisting” journalists who were not willing to toe the ANC party line under Zikalala. In 2011, five years after the blacklisting scandal surfaced, the South Gauteng High Court in the case between Freedom of Expression Institute (FXI) as the claimant and communications regulator Icasa as the defendant, ruled in favour of FXI on evidence that Zikalala was indeed a cadre deployee pushing the ANC’s propaganda under then president Thabo Mbeki.

By 2007, after years of irrevocable damage, the SABC board was almost entirely made up of people who were loyal ANC party members. The board included Solly Mokoetle, who had helped to run Radio Freedom during the Struggle, Christine Qunta, who had placed large adverts in newspapers defending Mbeki, chairperson Eddie Funde, who has a history of serving in exile in the anti-apartheid Struggle, and Cecil Msomi, who simultaneously served as the ANC’s Chief Director of Communication under KwaZulu-Natal premier S’bu Ndebele.

By 2011, the broadcaster had systematically been eroded to the point that the incumbent acting Chief Operating Officer, Hlaudi Motsoeneng, was handed an easy platform to work with in continuing the SABC’s positivist narrative of the ANC.

A month before then Public Protector Thuli Madonsela’s report on Nkandlagate, Secure in Comfort, was released in March 2014, she had confirmed “reams of dodgy reports” circulating in the press regarding the fraudulent behaviour committed by SABC COO Motsoeneng, irregular salary increases, the disarray of the SABC Board as well as undue interference by the minister of communications and the Department of Communications.

In the Public Protector’s second report, When Governance and Ethics Fail (2014), Motsoeneng was found guilty of 1) fraudulently misrepresenting his qualification of a matric certificate (which he did not have) to the SABC when he had applied for employment, 2) unlawful purging of senior staff including the Acting Group Chief Executive Officer, Robin Nicholson, 3) irregular employee appointments and 4) irregular salary increases, including his own.

Motsoeneng had taken three salary increases, taking his remuneration increments package from R1.5-million per annum to R2.4-million per annum in a single year. Over and above his aforementioned crimes pertaining to maladministration, Motsoeneng’s positivist agenda in his own words was to have a 70% coverage of “positive” stories. This was in alignment with his decision to censor coverage of protests.

The system that enabled State Capture rewards those who toe the party line and punishes those who do not. The latter, who recognise that their duty to the Constitution is a moral obligation that comes before loyalty to the ANC, have suffered.

Former Public Protector Thuli Madonsela received death threats and suffered other forms of malice. However, she is an exception in the sense that the malicious attacks did not work to the detriment of her pursuing other vocational avenues outside the public sector. She is praised as a hero for her extensive work exposing former president Jacob Zuma, the Gupta family and the state puppets in the material reality that is State Capture.

Let’s watch this space. The country is at stake. DM