Beyond Bitcoin — Decentralised Finance and the End of...

Beyond Bitcoin — Decentralised Finance and the End of Banks 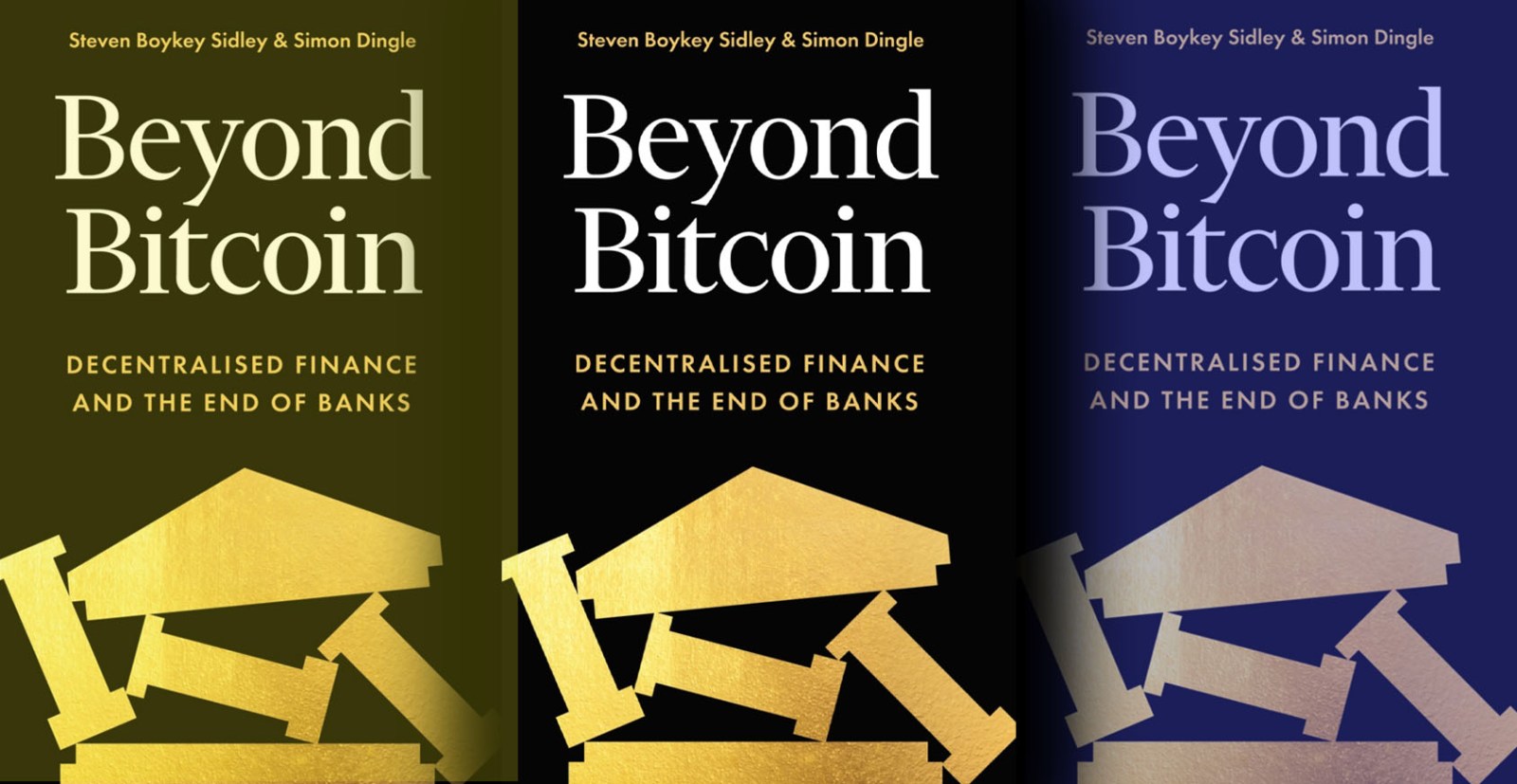 Great fortunes will be made and lost in the wake of the coming of decentralised finance, DeFi, write Steven Boykey Sidley and Simon Dingle in their new book, ‘Beyond Bitcoin: Decentralised Finance and the End of Banks’. In this extract, they write that DeFi will make the startling trillion-dollar rise of Bitcoin look quaint by comparison. ‘Beyond Bitcoin’ is published by Icon Books with Jonathan Ball.

Prologue: Any book that confidently proclaims the redefining and refurbishment of the global financial system and the many industries it supports will rightly attract some scepticism, even derision. But there is much afoot now, small explosions of startling economic innovation, burgeoning revolutions happening in myriad matters of technology and commerce, and sharp-toothed dogs snapping at the heels of the world’s global financial institutions.

It is called “decentralised finance”. “DeFi” is its cutesy but sticky nickname.

A reliable way of assessing the breathless predictions of any new technology’s disruptive potential is to look at the presumed losers to see how they are reacting.

Jamie Dimon, CEO of JPMorgan Chase, one of the largest banks in the world, has warned his shareholders of “enormous competitive threat” from new financial technologies, including “serious emerging issues” around “shadow banks”, meaning unregulated lending institutions outside of the banking sector. “They have to be dealt with quickly,” he says. Bank of America muses publicly about the “best defence of being disintermediated by DeFi”. The Dutch multinational ING compares DeFi to cloud computing in the 1990s — an interesting new innovation then, and the foundational deployment mechanism of the global internet now.

And most tellingly, more than 80 countries have digital currency projects underway at their central banks, all of them in response to a new technology barely known outside a small tech-savvy clique. From banks to stock exchanges to insurance companies to investment giants, from New York to London to Moscow to Beijing, from the tech giants of Silicon Valley to halls of government power, similar pricklings of concern and anxiety are being heard, and defences are being mounted. No one who is looking to the future can ignore it.

And so we are comfortable in saying the following about the sudden appearance of this new financial technology, now just a few years old:

We will argue in these pages that we are not overstating the case: DeFi’s growing hype is justified.

A man in Johannesburg wishes to send his daughter studying in The Netherlands some money to spend on an upcoming long weekend. He decides that R1,000 (about $75) seems about right. He goes to his banking website to transfer the money to his daughter’s bank account in Amsterdam. On the site, he is confronted with an array of forms and questions that seek to shoehorn his intended gift to his daughter into a set of arcane and opaque requirements.

He then opens an application on his phone, a crypto-wallet called Metamask. He transfers $75-worth of a cryptocurrency called ETH from Metamask to his daughter’s crypto-wallet, accessed via an app called MyEtherWallet which she had downloaded the previous week in Amsterdam from her laptop. It takes 15 seconds to enter the transaction. She receives the funds five minutes later. The transaction fees are a fraction of what her father’s bank would have extracted.

The man fills out no forms to do this transaction. He does not need an ID. The transaction, although having been viewed by thousands of anonymous computers, will never be tied to the father or the daughter. Unlike the bank transfer, the South African government and Dutch government will not ever identify them as the parties to this transaction, even though they would wish to do so.

It is a private matter between father and daughter.

It is simple. It is fast. It is cheap.

The scenario above is not new. It has been around for a few years, certainly longer than the main subject of this book, DeFi. It is in daily use by millions of people. It is trivial to initiate and conclude.

But buried in this little story is an important matter, the crux really.

It is the matter of trust.

In the man’s second attempt to pay his daughter, there was no one sitting in the middle of the transaction. No institution with employees and forms to fill in. Just a few lines of code of little interest to the man who initiated the transaction, or to his daughter. A transaction fee may have been charged to compensate for the expense of the computing resources which shepherded this transaction to its conclusion. But it was much lower than that of the bank.

Bitcoin arrived as an idea in 2008, launched in 2009, and is the last common ancestor of all that has come after (Bitcoin itself still rules the roost in terms of scale and total value but decreasingly so). It has spawned many offspring, some spinning off into historical footnotes and others surviving and conquering. It is Darwinian in its unfolding, having evolved in its entirety in a little over a decade, as though in a petri dish. And it has turned out to be antifragile, adapting and surviving over time.

One of the evolutionary lines has resulted in the family of projects and applications collectively called DeFi, which started appearing in 2018. There is a famous August 3rd, 2018 screengrab from Telegram, a chat with early innovators in the field — some people from projects called dYdX, 0x, Set Protocol and Dharma. The names on the chat are Blake and Brendan, but there were others, like Felix Feng from Set, who has related the story and shared the screengrab. Names for their new passion were bandied about. OFD — Open Financial Protocols. DFD — Decentralised Finance Developers. Open Lattice, Open Horizon. And then “DeFi”. I like it, says Blake, it comes out as “Defy”. And that was it.

And therein lies the core of this book: DeFi. We will describe a big idea, its implications still evolving and ill-understood, and its commercial instantiations appearing daily, not only in finance (where we will spend most of our time) but across myriad other human endeavours.

This idea had its roots in maths first, and then cryptography, and then the aspiration of a few techno-zealots to build a new financial system, a better one than had existed for centuries.

It was an idea that fed off the perhaps cynical view that the world would be a better place if we trusted no one. Or, rather, that we didn’t have to trust humans, institutions and governments, but rather mathematics and logic, protected against politics, change or misinterpretation.

We will describe a set of technological and commercial developments which are, by design and with brutal precision, targeting industries that outsource trust — banks, insurance companies, exchanges and brokers and other trustees across numerous other industries, whose fees are estimated to consume 6% of global GDP, to say nothing of the profits which some of them accrue beyond the selling of trust.

We will briefly and lightly explain the underlying mathematics, and point out the organisations, projects, individuals and services that together comprise this new industry, and we will show exactly where their collective arrows are likely to find their marks in the financial world.

Beyond Bitcoin: Decentralised Finance and the End of Banks by Steven Boykey Sidley and Simon Dingle is published by Icon Books with Jonathan Ball, and is available worldwide in print, ebook and audio format.