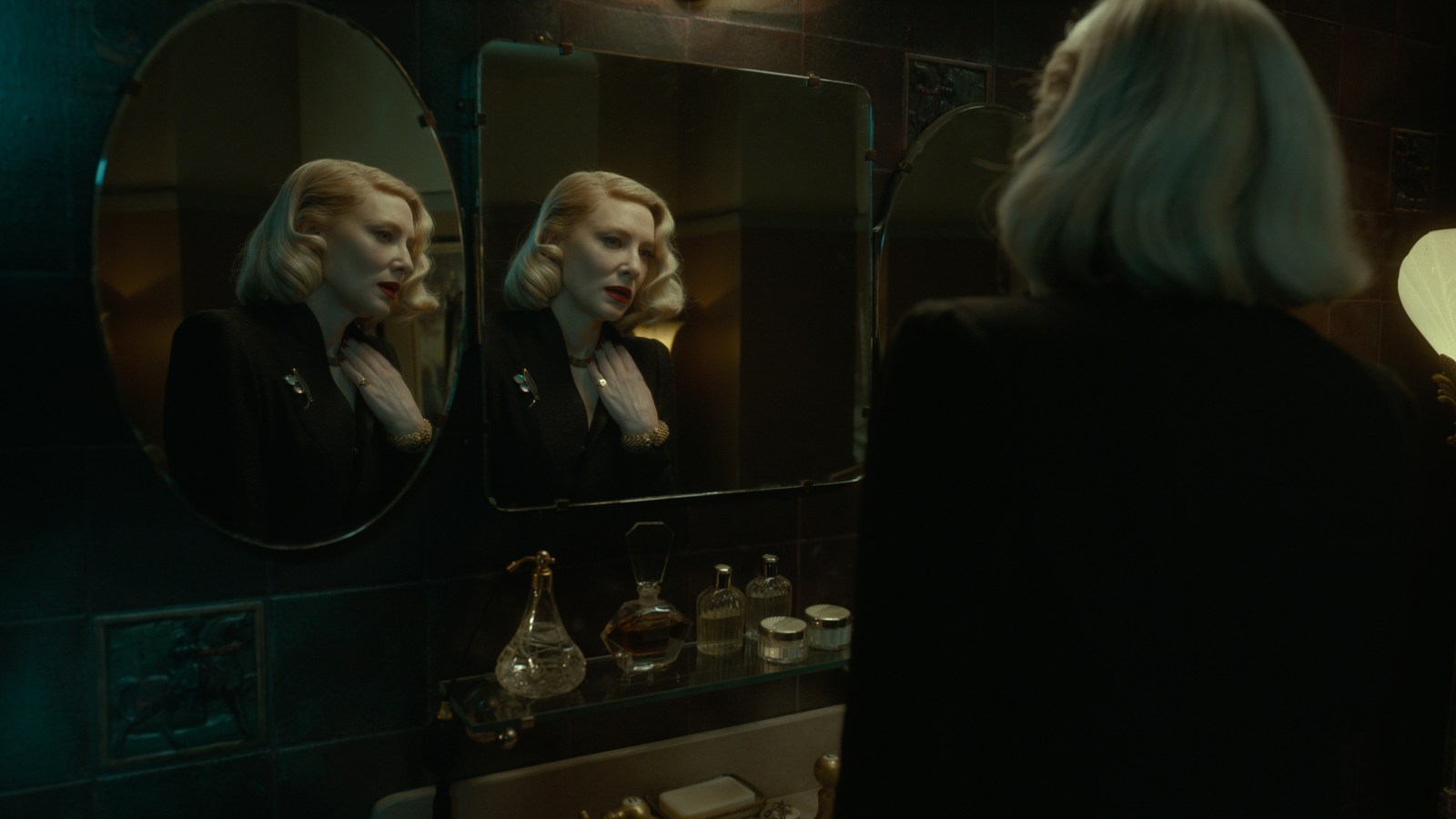 Nightmare Alley is a hypnotic, twisted snapshot of the sleazy carnivals of the 1930s – a technically and creatively spectacular film by renowned Mexican director Guillermo del Toro.

Guillermo del Toro’s neo-noir Nightmare Alley is a collaborative masterpiece. Each aspect of its creative production is a sideshow that would easily headline any film, led by creative practitioners at the top of their field. One could happily rewatch all 2½ hours purely to appreciate the cinematography, and then again for the costume design or the soundtrack.

The film is adapted from a 1946 novel of the same name by pulp author William Lindsay Gresham, who was captivated by the shady crazed carnies of the early 19th century that travelled North America with fringe spectacles of all kinds. In their research, Del Toro and screenplay co-writer Kim Morgan were surprised to discover that the dark tale is largely autobiographical.

It follows Stan (Bradley Cooper), an unusually mysterious protagonist running away from a murky, violent past that wanders into a classic 1930s carnival, and down on his luck, accepts temporary work from the malevolent carny (Willem Dafoe in a role he was born for).

Before long he joins the ranks of the diverse hucksters, his thirsty eyes drinking in the cutthroat mechanisms of their exciting and unconventional lifestyle. He’s particularly fascinated by Zeena (Toni Collette) the resident “clairvoyant”, and her drunken husband Pete (David Strathairn), who teaches him the verbal code system they use in a mind-reading act.

It’s about interpreting a mark’s behaviour and inferring information based on observations to play on their fears and desires. “People are desperate to tell you who they are,” Pete says, with a mixture of pity and mirth.

Stan has a natural propensity for it – this is his shot. He has all he needs to make a relatively honest life for himself: the skills, charm, a sharp mind, a willing audience, people who believe in him, and rare talent; but something is rotten inside – fear, greed and mistrust – that compels him to choose a more dangerous path.

Having mastered the art of manipulative mentalism, Stan abandons the carnival in favour of the high-society hotel showrooms of the big city. Unable to stifle his ambition, he coerces an erudite femme fatale psychoanalyst (the magnificently menacing Cate Blanchett) into helping him swindle the wealthy elite out of vast sums by pretending to communicate with their deceased loved ones.

Cooper is well cast as Stan, in part due simply to those piercing blue eyes that obscure his emotions. Despite being in almost every shot of the film, he’s the most mysterious character up until the final act.

None of the fleeting flashbacks of Stan’s past are necessary to push the narrative forward – their purpose is to lure the viewer down the twisting rabbit hole of Stan’s mind, forcing the revaluation of his morality. It is nigh impossible to watch Nightmare Alley without being coaxed into contemplation of human nature.

Big, burning questions are left unanswered while things one would never have thought to ask are elucidated with scary and scintillating specificity, slowly revealing what Stan is really made of. His bleak fate is the farthest thing from a happy ending, and yet it ties up the tremendous tale tightly enough to satiate one’s search for significance in the savagery of the story.

“Bradley has all the goodness, physical beauty and innate grace to show what could be for Stanton. But at the same time, he has the skill to create a character of devastating darkness,” says Del Toro.

Stan isn’t pushed into this darkness out of desperation, as protagonists often are in arcs of character degradation and spiralling tragedy, and this inadvertently links Nightmare Alley to Del Toro’s not-so-secret passion for vampire horror. Much of his most out-there works are of this manically dark sub-genre, including his feature debut, Cronos, and his co-authored trilogy of novels, The Strain.

With Del Toro’s vampiric obsession in mind, suddenly Stan makes so much sense, this attractive, mysterious figure in the night whose powerful abilities curse him to be forever isolated from humanity. Stan is the kind of vampire that can strike terror into the hardest viewer – the real kind.

Del Toro’s most acclaimed films, such as Pan’s Labyrinth and The Shape Of Water, are characterised by a quirky supernaturalism that guides the drama of the film. In Nightmare Alley, the setting is contextualised by literary depictions of travelling fairs as sites of ominous enchantment. Carnies made their money blurring the boundaries of reality, so the director of photography, Dan Laustsen, and production designer Tamara Deverell craft a disquieting magic that hangs thickly in the shadows of the gloomy tents, warning us of a familiar paranormal twist that never comes.

Laustsen’s imagery draws a quiet voodoo out of the nostalgia of the warm, grainy aesthetic. “This is the first of my movies that, although it has a magical atmosphere, is not mannered or stylised. It’s set in a reality that is identifiable and immediate,” says Del Toro.

It seems appropriate that Del Toro refrained from supernatural elements in a film focused on a supernatural fraudster. Many of the tricks that have been used to con audiences and individual marks for centuries are well understood, and yet they’re still used with equal success. People will always be desperate to tell you who they are – there will always be a market for self-deception and absolution. The early Christian church sold it from the third century in the form of indulgences, it’s what Stan sold in Nightmare Alley, and many mediums and other fraudsters still sell it.

Next Month, Netflix launches Life After Death with Tyler Henry, a series following a “Hollywood clairvoyant” who (exactly like Stan) takes money from and gives closure to celebrities and wealthy people whose loved ones have died.

If the evidence available of how the world works doesn’t satisfy your desire for emotional vindication, a charismatic “conduit to the beyond” offering you flattering and convenient claims is very tempting indeed. Maybe one day we will outgrow this child-like preference for convenient fictions when Tyler Henry and his ilk have been exposed, or when all the anti-vaxxers have tasted a little Covid; or maybe when the wrath of climate change has infiltrated the homes of the super-rich. Unlikely.

So while a filthy-rich Gen-Z self-proclaimed necromancer is flaunting his delusions on the biggest streaming service in the world, a polished, powerful film that happens to discourage trust in mesmerising alternative facts is certainly welcome. DM/ ML

Nightmare Alley is available in cinemas. You can contact This Weekend We’re Watching via [email protected]