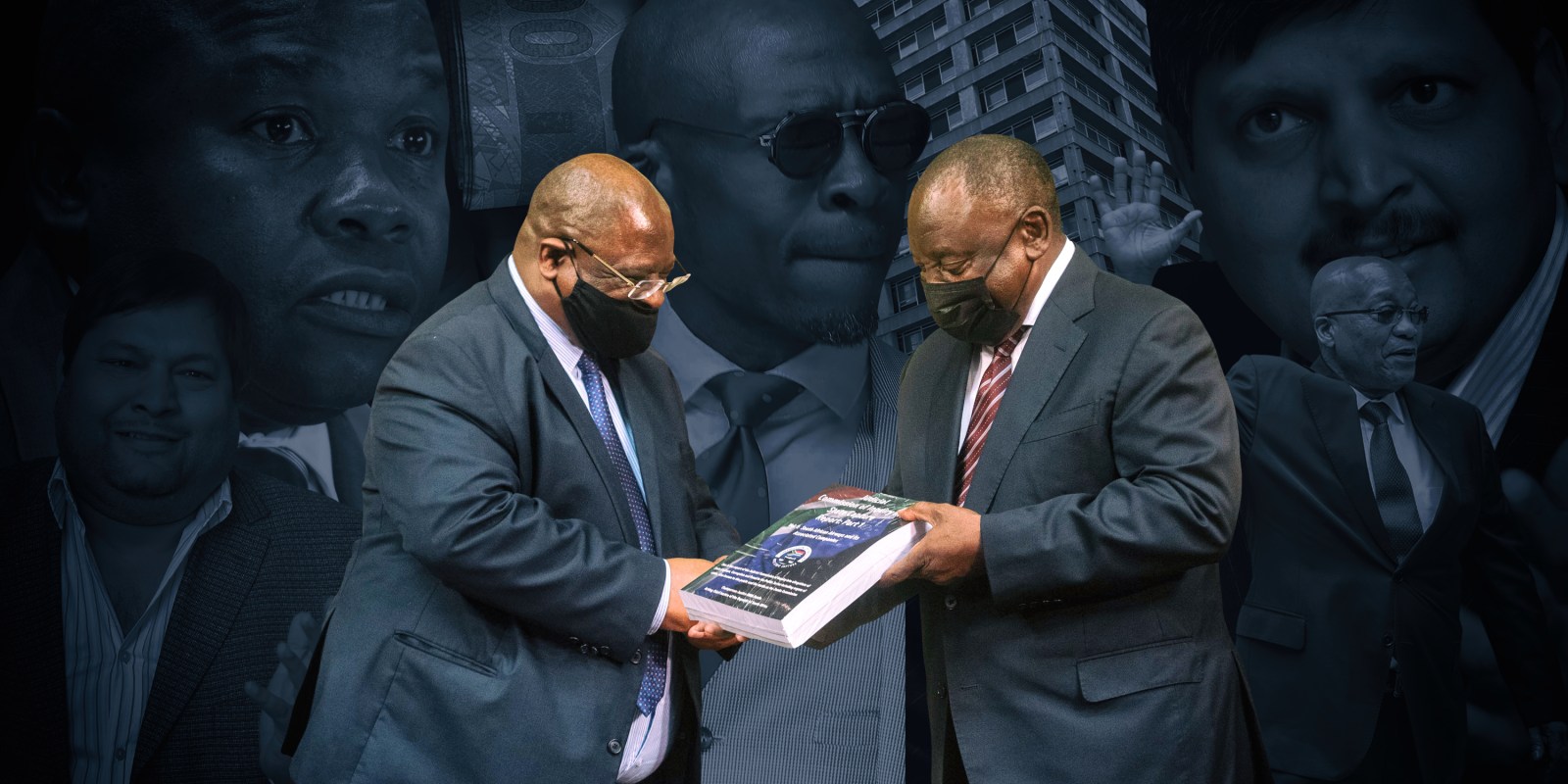 Some will fight for their very lives, lifestyles, careers, reputations and the capacity — after the storm — to earn an honest living (outside the ANC) in a corruption-intolerant South Africa of the future.

With lawfare almost a national pastime, especially for those accustomed to deep state pockets to cover ever-growing legal fees, there are bound to be big, if ill-advised, challenges to recommendations in the final State Capture Commission report.

Part 3 is about to hit the streets at the end of February and will most certainly deal, in great part, with abuses within the State Security Agency and other intelligence structures.

It will not be pretty.

On 15 February, Ronald Lamola, the minister of justice and correctional services, revealed during the Sona debate that the National Prosecuting Authority (NPA) is “seized” with 37 “high profile cases”.

He added that 14 matters had been enrolled in the courts and in March the Investigative Directorate (ID) would add three “seminal matters” to the list.

Bear in mind the National Prosecuting Authority (NPA) and the Directorate for Priority Crime Investigation (DPCI) made it known in a joint media statement in January that the commission had gifted them “a petabyte of data”.

This, it said, was the “equivalent to roughly 500 billion pages of printed text on corruption, fraud and related offences including affidavits, investigative reports and other evidential material”.

A petabyte is equal to 1,000 terabytes and some estimates, apart from the 500 billion printed pages calculation, hold that the big P is the equivalent of “20 million tall filing cabinets”.

In the meantime, the NPA says it has created a “dedicated task force”, coordinated from the top down with a view to building criminal prosecutions with the evidence no doubt floating all over the data volumes.

The authority gave assurances it would move swiftly to freeze and forfeit the proceeds of crime, “where appropriate” (and where there is anything left) while “vigorously exploring” options to boost capacity.

This the NPA will be doing with the assistance of the National Treasury, the Department of Public Service and Administration, the Office of the Solicitor-General and with support from the minister and the director-general of justice.

The authority said it would continue with its “collaborative approach in line with its legal mandate, including with the private sector”.

And while it welcomed private sector support and would continue to engage with these “key partners” as and when appropriate, it would insulate itself from “any perceptions of external influence”.

The difference between evidence presented before a commission of inquiry and evidence required to meet the standard of proof for prosecutions needed to be fully grasped, the NPA and DPCI reminded those of us champing at the bit for justice and tired of watching the proverbial honeysuckle grow up the equally proverbial guillotine.

Criminal investigations would be conducted “so that evidence can be presented in criminal matters, in accordance with the South African law of evidence”, said the NPA.

Individuals named in the commission’s report so far, like the former minister of finance Malusi Gigaba, have taken to social media boldly threatening to challenge the report.

But Gigaba and Van Rooyen will be flushing money (hopefully their own) down the drain, we can tell them this for free.

There are those who will argue that the commission is subject to limited judicial review.

But it is important to bear in mind that the recommendations of Zondo’s reports do not legally constitute “administrative action” and do not amount to decisions of “final effect” which have“adverse” consequences.

In plain language: it will be difficult to review recommendations that do not legally constitute administrative action by the state.

For Van Rooyen and many others, including the banks, businesses, accountants and consultancies that have been named (and will be named in a week or two), the path to shielding reputations will have to be done in the country’s courts where they will be free to challenge evidence.

What the first two volumes of the commission’s reports, in their compilation and recommendations, highlight is that the right to procedural fairness has remained intact.

All the commission does, in the end, is tell others in the law enforcement cluster to do their jobs and apply the country’s laws.

Should the NPA institute a prosecution, Van Rooyen will have an opportunity to challenge any evidence given by Dahwa in an open court.

So-called reputations, for now, must yield to the national interest.

President Cyril Ramaphosa has reportedly revealed there are “talks” within the judiciary to establish a special court roll for State Capture and corruption matters.

How about not just a roll, but special courts themselves?

Like those set up before the 2010 Fifa World Cup. That express roll-out of 54 courts across nine cities operating for 15 hours a day with 1,500 dedicated personnel could be more or less replicated.

In that case, the pop-up courts worked like a charm and cost only R1-million (a bit more than R2-million by today’s monopoly money). The 2010 Fifa World Cup Special Measures Act, passed at the time, surely has a pulse and can be tinkered with to read the State Capture Special Measures Act?

These could be courts served or staffed by retired judges.

Meanwhile, the ID continues its work without a head. A great crop of potential leaders is to be found among the gems in the State Capture legal team whose prowess in leading evidence was on display for all the country to witness during live transmissions of the Zondo Commission on YouTube.

A fierce battle will be fought over the grave charge of racketeering through the Prevention of Organised Crime Act.

The law states that a regional court convicting an accused under section 2 (1) after a guilty plea may impose a sentence not exceeding a fine of R100-million or a period of 30 years of imprisonment. If there are merits for life imprisonment, the regional court will stop proceedings and refer these to the high court.

What Part 2 of the State Capture report indicated is that Transnet was captured as part of an international criminal enterprise run by the Gupta brothers and associates, aided and abetted by accountants, consultants, banks, boards and leaders of SOEs, ANC government officials as well as a sitting head of state.

Some will fight for their very lives, lifestyles, careers, reputations and the capacity — after the storm — to earn an honest living (outside the ANC) in a corruption-intolerant South Africa of the future.

It was all more than just State Capture, it was a criminal heist, the biggest this country has ever seen and now is just one more tawdry chapter in the long story of pillage and plunder by past governments and colonial forces of South Africa and its people.

Many bucks will be passed, much legal dust will be kicked up, threats will be made. Still, there is no stopping the wheels of justice. DM