Falling to pieces: The disastrous state of towns in the...

Falling to pieces: The disastrous state of towns in the Enoch Mgijima Local Municipality 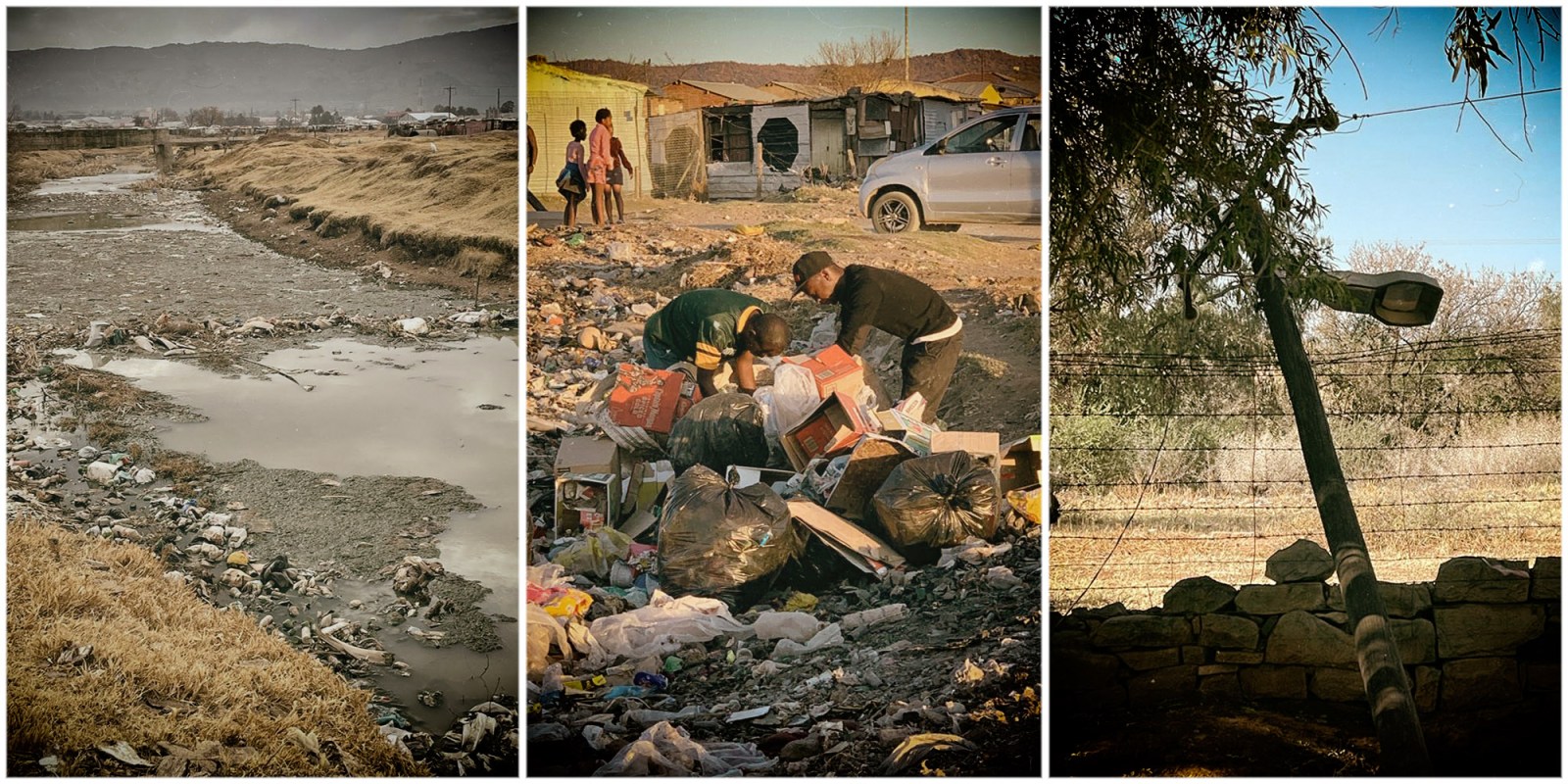 Dilapidated infrastructure, no roads, constant electricity outages and sewage spills are the order of the day in the town of Komani.

Living in Komani and other towns under the Enoch Mgijima Local Municipality is a nightmare.

All the towns in this poorly run municipality in the Eastern Cape are slowly becoming ghost towns as the municipality fails to deliver services and maintain the existing infrastructure.

Komani, the economic hub of the Chris Hani district and where the Enoch Mgijima municipality council sits, is the worst of all, with constant electric outages, sewage spillages, dilapidated infrastructure, pothole-ridden roads and piles of dumped refuse everywhere. Traffic and street lights are not working.

The Mzingisi Skweyiya Hall and Beer Hall in Mlungisi Township have been vandalised, as have the Mlungisi Stadium and Dumpy Adams Sports Complex.

In the past six months, three of the municipality’s buildings burnt down, including a section of its budget and treasury building. The Enoch Mgijima municipality was formed after the amalgamation of Lukhanji municipality with Tsolwana and Inkwanca municipalities in August 2016.

Thulani Bukani, the secretary of the Independent Komani Residents Association, said the municipality had failed in all its constitutional duties and was incapable of providing any level of service delivery to the community.

“We are living in a shell of what used to be a town. Institutionalised corruption is determined to finish off even the shell that we are left with. We are going through a special kind of barbaric act where municipal buildings are being burnt down every day with no one to account for such acts,” he said.

Komani resident Axolile Masiza said it is a nightmare to drive around Komani as there are potholes on all the roads.

“There is a street where the tar road was removed in town and it is still a gravel road a year later. Contractors are appointed to fix potholes — instead of fixing them they leave holes on the road,” he said.

Masiza said the burning of municipal buildings is shocking.

“There is no investigation going on [into] the burning of the town hall and other municipal buildings. We are seeing sewage spillages every day.”

He said residents of Komani and Ezibeleni were calling for the municipality to be dissolved as it is dysfunctional.

DA constituency leader Jane Cowley said rates collection is dismal and way below the requirement of the municipality.

“It has been in decline since the amalgamation of the three municipalities [Lukhanji, Tsolwana and Inkwanca] in 2016. Ratepayers are not receiving their regular accounts.”

Cowley said property evaluations are adjustable depending on how much you are prepared to bribe the officials.

“There are mansions that cost tens of millions of rands in Komani that are valued at the same price as a humble house in the poorer parts of the town. The wealthier residents can afford to pay their rates and this wilful underpayment is unethical; it goes without saying that less income equates to less service provision.”

Cowley said there is not one stretch of internal road in the municipality that is not degraded in some way.

“Potholes in most areas are so extensive that new roads have had to be forged on sidewalks. Ordinary sedans cannot traverse some of the roads as the potholes are too deep and will damage the chassis of the vehicles.”

She said sewage spills are commonplace and residents say that these spills are affecting their health.

“In Komani, the residents of Westbourne and Mlungisi are exposed to sewage which flows into the Komani River alongside them. Some residents have to traverse this river in order to get to their places of work.”

Cowley said in Ilinge, sewage is openly pumped from municipal sewage trucks into a dam alongside the village.

“This dam overflows into the Swart Kei River which is used for irrigation purposes downstream.”

She said the wastewater treatment works in Komani are being upgraded, but the budget for the works is far too small and the plant will become only partly functional.

“The water flowing from the works into the Komani River is currently effectively untreated. There are residents with the requisite skills to manage the plant effectively, provided the government upgrades the plant completely. However, no budget seems to be forthcoming.”

She said electricity cuts are an almost daily occurrence in Komani.

“This is due to collapsed electricity infrastructure which has not been maintained in decades. Residents sometimes go for days without electricity, which not only damages electrical goods, but also costs millions in lost revenue and damaged cold chain products,” she said.

Phumliso Ralana, a member of the Tarkastad Service Delivery Committee, said poorly built RDP houses, overflowing sewage and lack of refuse collections are some of the issues facing Tarkastad residents.

“We have applied for a strike, but we were not granted permission to strike. We can’t live under these conditions anymore,” he said.

Ralana said there are houses in Tarkastad that are still using the bucket system after more than 20 years of democracy.

Cowley said that in Tarkastad, residents in Zola Township live alongside the main pumphouse which is supposed to pump sewage to the wastewater treatment works. It has not worked in years.

“Their streets and their yards are frequently flooded with sewage,” she said.

Molteno resident Mbuyiselo Matiwane said the amalgamation of the three municipalities is not working with the former Inkwanca municipality.

“There is no service delivery in Molteno and Sterkstroom. There is no waste removal, we have problems with water and electricity. The state of these two towns is going down. The roads are bad and the community halls are unusable and have since been closed,” he said.

Matiwane said municipal buildings are dilapidated and workers are paid, but no work is being done.

“When we say the amalgamation failed us, it means we have no platform to address these challenges with Komani being 90km away from residents of Molteno,” he said.

Cowley said that in Molteno, the sewage bubbles up from sumps in the Dennekruin and Nomonde settlements and flows into the Stormbergspruit, which is also used for irrigation downstream.

“This is also the only water access point for cattle in the township,” she said.

She said that in Hofmeyr, electricity remains a huge challenge. The substation requires upgrading, but there is no budget available.

“Residents are often on single-phase electricity, which damages electrical appliances — this is if they have electricity at all. Trees have grown into electrical cables. These trees damage the cables every time the wind blows. Nothing gets done.”

“The municipality has not replaced street lights in years.”

At the time of publication, Enoch Mgijima municipality spokesperson Lonwabo Kowa had not responded to questions sent to him by Daily Maverick on Wednesday morning. DM/OBP

Falling to pieces: The disastrous state of towns in the Enoch Mgijima Local Municipality