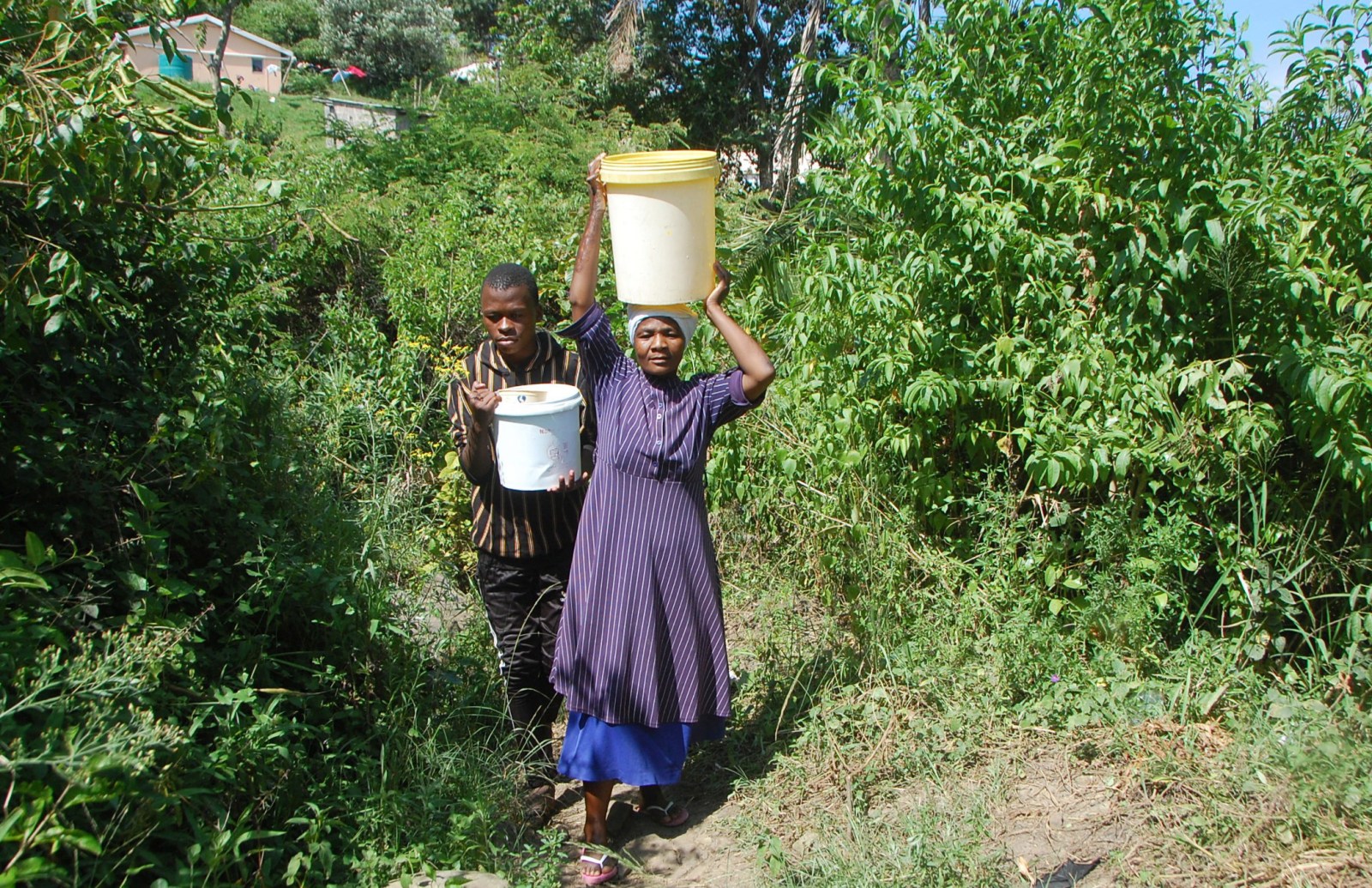 Water has become such a scarce commodity on the KwaZulu-Natal South Coast that businesses, ratepayers and deprived communities are resorting to desperate measures to get their hands on it.

In some well-off communities along the KZN South Coast, expensive water tanks have become a must-have accessory. Others opt to buy enormous amounts of bottled water or install boreholes on their properties. It’s all being done so that they no longer have to rely on the Ugu District Municipality for their water.

Other communities bribe drivers of municipal tankers to deliver water to their homes. The very poor often get no water at all.

Douglas Aub, owner of Doug’s Hardware in Margate, said water tanks have been one of the top-selling items since the water crisis in the area started a few years ago.

“We get a lot of inquiries from desperate residents. JoJo tanks are a hot property here in the South Coast. Many people have them in their homes and they fill them up when water is available from their taps. Other people, if they can afford it, dig boreholes,” he said.

Other hardware stores on the South Coast have had a similar experience, saying that people buying these tanks came from the suburbs, townships and even rural areas. The tanks range in capacity from 250l to 5,000l.

Aicha Seneke, a resident of Gamalakhe township outside Port Shepstone, said water had become such a scarce commodity that people who have money pay tanker drivers to fill up their tanks, and this often means that others have to go without.

“They charge up to R300 to fill a tank,” she said. “We know these drivers are not supposed to do that because the municipality gives tanker water free of charge. But sometimes you don’t have a choice. You either pay and get your fill or you go thirsty because of your principles.”

Oasis Water has been purifying water in Uvongo for the past eight years. Owner Andries du Plessis said that in the past few years, his company has been selling an average of 130,000l of purified water to local businesses and residents a year. A 25l container of water costs R35.

He said desperate residents are increasingly looking to his company for solutions. He said some pool their money to buy water from Oasis, then hire tankers to fill up their tanks at their homes.

“The situation is getting worse… it’s not going to get better any time soon because the (Ugu District Municipality) water pumps and pipes are very old and keep breaking. They fix it here, it breaks next door. The quality of the repairs is not up to scratch,” he said.

Du Plessis said the only solution would be for Ugu District Municipality to replace the entire ageing water system “so that they will not have this problem for the next 15 years”.

“I know an engineer who was retrenched by the municipality about eight years ago. He knows where the problems are, but the municipality does not want to use his and other skills to solve this water problem once and for all,” he said.

Samkelo Mlambo, head of borehole company Amanzi Drilling, said he has been getting a lot of work from South Coast businesses and residents. He said it can cost anything from R80,000 to R120,000 to get water flowing into your home.

“These people are looking for a permanent solution where they will get off the grid and rely on the borehole for all their water supply. We have dug boreholes on farms, in businesses and even on small residential properties,” Mlambo said.

Municipality claims to be doing its best

The Ugu District Municipality has denied that incompetence, fraud and corruption are responsible for the water crisis on the South Coast.

It admitted that it experiences challenges during peak season, such as the December holidays, but maintained that residents on the South Coast more often have water in their taps than not.

Municipal spokesperson France Zama claimed they are doing everything in their power to ensure that the water shortage is sorted out once and for all.

“During peak season, where large volumes of people flock to the district, our systems are likely to experience strain due to the high demand of supply. Our water systems are also highly reliant on Eskom power supply to function adequately… When there are power blackouts, the risk of intermittent supply also increases.

“Abstraction, purification and distribution rely on power in order to provide adequate pressure to high-lying areas, which also has an impact on filling of reservoirs adequately,” he said.

Zama acknowledged receiving R19-million from the KZN Cooperative Governance and Traditional Affairs department to sort out the water crisis.

“In terms of the R19-million from Cogta, R15-million will be used for the overhauling of mechanical and electrical infrastructure at our plant, while R4-million is set aside for boreholes and springs.

“We also have a rudimentary water supply programme incorporating the use of boreholes and spring water. A spring protection and borehole maintenance programme to support supply to communities is also in place,” he said.

The Ugu District Municipality denied allegations that some contractors were working in concert with unscrupulous officials to sabotage its water supply infrastructure to continue getting contracts to supply water to desperate communities.

“During the recent peak season… there have been no incidents of sabotage reported in the municipality. The municipality has, however, in the past suffered water supply challenges due to vandalism and sabotage.

“Residents with such information (of intentional vandalism and or sabotage) are encouraged to report such information to the municipality or local law enforcement authorities. We also have an anti-fraud and corruption hotline 0801111660 or SMS 44751,” Zama said. DM