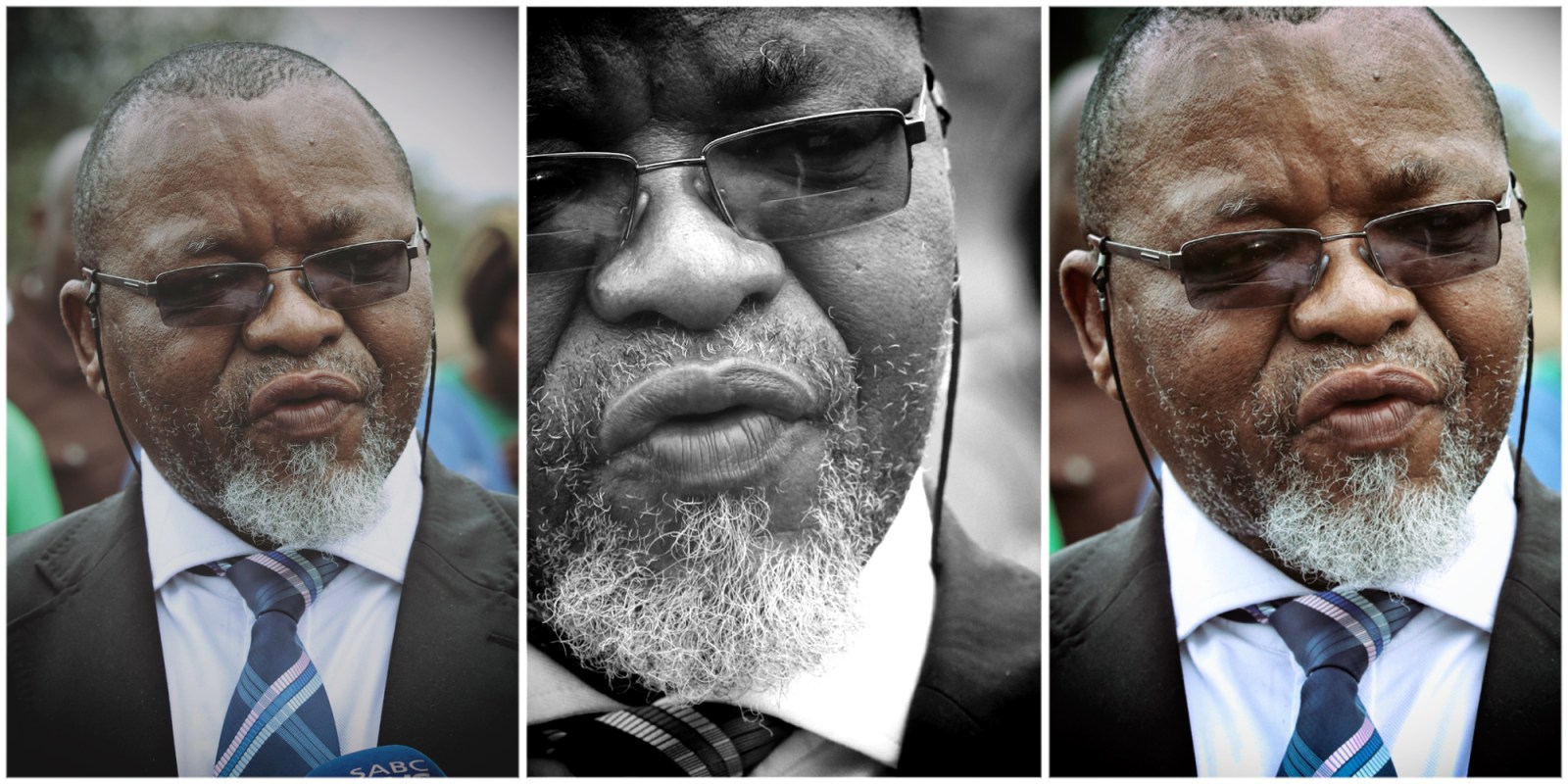 Have you not accumulated more wealth than you can possibly use in one lifetime?

I feel I am living in a Hollywood horror movie. The roll call of murdered patriotic activists since 1994 is growing at a breakneck pace. Andries Tatane, killed by police after a service delivery protest exploded in Ficksburg, Free State; Anele Bhengu, a 22-year-old lesbian, and LGBTQ+ activist stabbed, raped and disembowelled in KZN; Sikhosiphi Rhadebe, chairperson of the Amadiba Crisis Committee fighting mining in the pristine and biodiverse ecosystem of the Eastern Cape’s Wild Coast, murdered in Mbizana.

The list goes on and on. Scores of murdered, assassinated whistle-blowers and trade union, civic, political and environmental activists.

It’s a remake of the worst of our apartheid nightmare.

It’s happening on our watch.

The fearful environment that we fought, which ridiculed and demonised our activism, and created the chemistry of circumstances that saw an explosion of assassinations, disappearances, the bombing of offices and brutality of security force actions, is now being re-enacted in our post-apartheid dream.

It makes my blood boil when I hear former trade union leaders whose vitriolic attacks on civic society reflect a growing populist authoritarianism that has used the Covid pandemic to ram through decisions that defy any democratic logic and represent the worst of the scurrilous demonisation from our apartheid past.

Leading the charge is former trade union leader, now Minister of Mineral Resources, Gwede Mantashe, who suspended Peter Becker, the civil society representative on the board of the National Nuclear Regulator because he had raised the concerns of communities about the health and safety dangers of the ageing Koeberg Nuclear Power Station. And this atrocious decision came on the day the regulator gave Eskom the go-ahead to replace the steam generators for Unit 2 of the power station.

Not satisfied with that unconstitutional step, Mantashe claims that there is a “foreign-funded” campaign intent on destabilising his department’s work and souring his relationship with President Cyril Ramaphosa.

The minister continued: “I cannot help but ask myself, are these objections meant to ensure the status quo remains in Africa, in general, and South Africa, in particular? That is, the status quo with regards to energy poverty, high unemployment, high debt-to-GDP ratio at country level, and economies that are not growing and, in some cases, jobless economic growth. We consider the objections to these developments as apartheid and colonialism of a special type, masqueraded as a great interest for environmental protection.”

Your brazen gaslighted attacks are misplaced. It’s not activists that sabotage development, create unemployment or are environment pretenders. Actually, to the contrary: all fingers point to those in power, former liberators, whose shenanigans and crass corruption are most visible in State Capture that is the wrecking ball of our democracy.

Adding to this toxic mix is the case of former Sactwu General Secretary Johnny Copelyn, now a billionaire capitalist, in his fiefdom role at Hosken Consolidated Investments driving oil and gas drilling off the pristine Wild Coast, decrying community and civic society opposition as “poppycock”.

Comrade capitalist, how much is enough?

Have you not accumulated more wealth than you can possibly use in one lifetime? I find your feigned concern for creating employment, reducing SA’s reliance on oil imports and slandering activists a sorry excuse of crass materialism that seeks to destroy one of the most sensitive biodiverse ecosystems of our country while steamrolling over community-based opposition.

Or have people and the environment just become collateral damage of crony capitalist exploitation?

I reflect on our past activism and ask what transforms former activist leaders to become the very people we fought against — the famed liberators are now eating their own children.

Have we completely and conveniently forgotten the lessons of social movements like Cosatu, whose operating system was based on grassroots mandates, deep listening and authentic consultation?

Have we forgotten the environment of fear, ridicule and demonisation that we faced at the hands of the apartheid regime with its dirty tricks campaigns that culminated in detention, torture and eventual elimination of activists, the bombing of Cosatu House and restrictions placed on us that made us liable for damages claims by employers, which were all preceded by propaganda campaigns of misinformation against our struggle?

Communities have a right to authentic consultation and to live in a safe environment that respects their spiritual and cultural traditions and the meaningful livelihoods they have had over generations. This is what we fought for. A right that is enshrined in our Constitution. We have a right to resist attempts to divide and rule us.

As we look around the former mining towns, all I see is billions of dollars extracted for shareholders in the global north and our own predatory elites and peanuts paid to millions of mineworkers who have slaved at the coalface. One has to be indifferent, blind and deaf to the anguish of these communities who live a ghostlike survivalist existence in wrenching poverty, joblessness and hunger and destroyed natural environments.

These communities ask, why should we believe Shell, Total or any of these fossil fuel behemoths?

How different are they from Bain & Co, McKinsey & Co, SAP, KPMG or banks that were involved in the State Capture that nearly torpedoed our economy, and the democracy itself?

All we see in Africa is the destructive impact of the “resource wars” that global multinationals wage on our continent, which displace communities in northern Mozambique and many other countries across our continent.

South Africa’s civic movements are our last line of defence, alongside a small and courageous independent media and ethical judiciary defending our constitutional and human rights against rampant corruption, failed service delivery and an arrogant political class drowning in its own propaganda, believing they are messiahs of the “promised land”.

South Africa was not liberated by political parties or leaders. The change came when the people stood up and refused to collaborate in their oppression, and through mass struggles like we are seeing today, declared: “We have had enough of arbitrary decisions made in our name.”

Since 1994, our greatest democratic victories have been led by people on the ground, challenging the unilateralism and arrogance of government and narrow private interests. Whether it was the Treatment Action Campaign fighting for the right of those who had HIV/Aids to have access to antiretrovirals, or SECTION27 and other educational NGOs fighting for the right of children to textbooks, toilets and laboratories, or community movements like Abahlali baseMjondolo’s fight against illegal evictions, or the Amadiba Crisis Committee’s opposition to mining on the eco-sensitive Wild Coast.

Civic society organisations have strengthened the capacity of the South African state to deliver vital goods and services and protect the constitutional rights of vulnerable communities. The facts bear testimony that NGOs such as Gift of the Givers and thousands of grassroots organisations have steered critical interventions in our many humanitarian and service delivery crises. In fact, our own government should deepen collaboration with civic society, given the ineffectiveness and widescale corruption in its own ranks at the local level.

Perhaps it’s time for my former comrades who have ascended to wealth and power because of activism to read Milan Kundera’s classic and understand that our Constitution in its Bill of Rights entrenches all citizens’ “right ­to an environment that is not harmful to their health or well-being; and to have the environment protected, for the benefit of present and future generations”. DM

Jay Naidoo is founding General Secretary of Cosatu, a former minister in the Nelson Mandela government, and is a board member of the Mo Ibrahim Foundation.