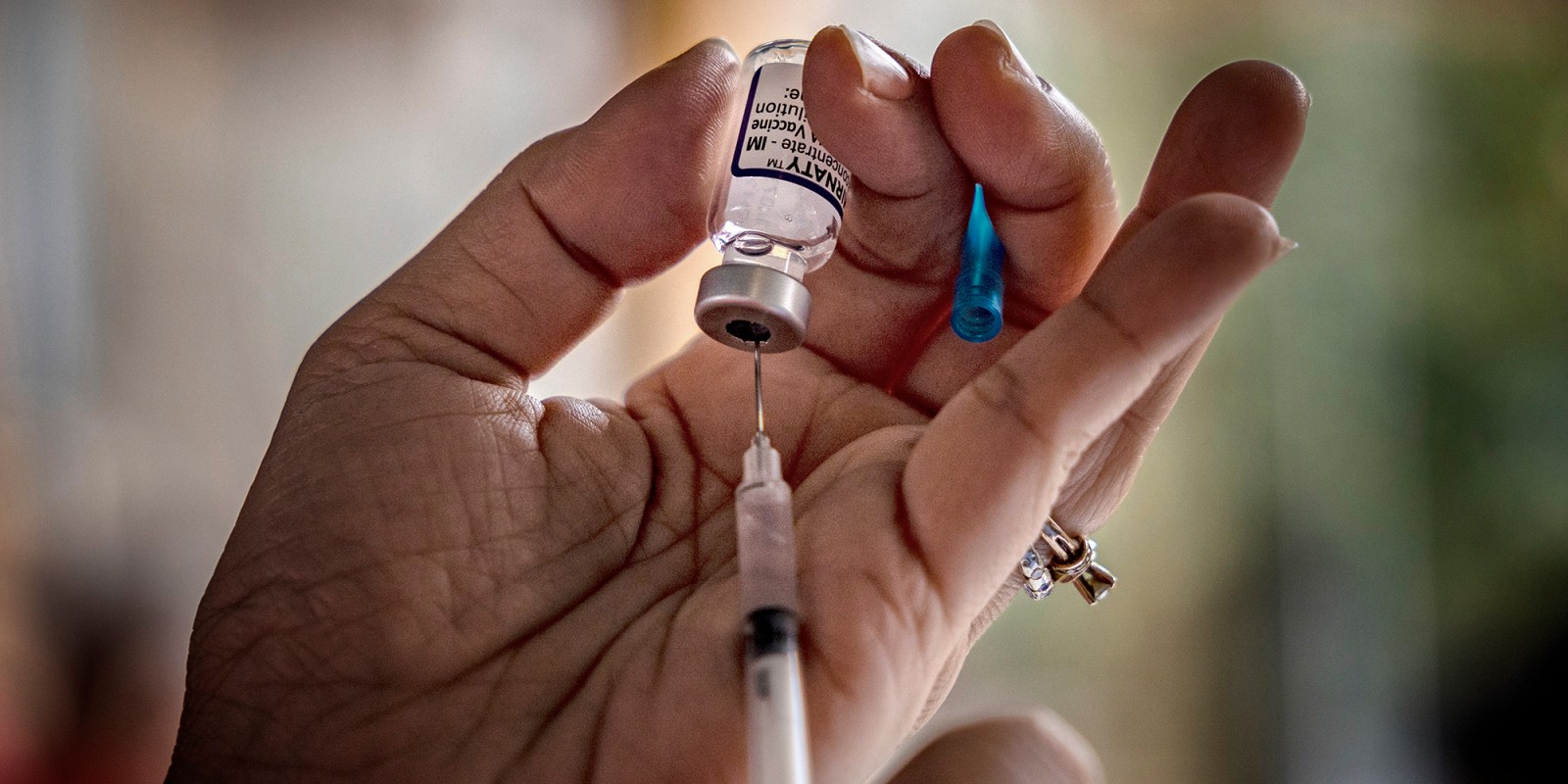 With only 4.2% of people fully vaccinated, Niger has the highest vaccination record in the Lake Chad Basin region. (Photo : Ezra Acayan/Getty Images)

Low confidence in governments allows terror groups to insert themselves into society and further undermine the state.

Covid-19 was expected to devastate the Lake Chad Basin. When the pandemic broke out, the region was already in crisis, with about 11 million people needing humanitarian aid due to the havoc wrought by Boko Haram. This compounded governance problems, lack of access to quality healthcare, depleted health infrastructure and other socio-economic factors.

So predictions that Covid-19 would have a cataclysmic health impact on Africa created panic in the region, especially when countries with the best healthcare systems worldwide were so hard hit. According to the projection, about 70 million Africans would be infected, with over three million expected to die.

Lake Chad Basin countries could have used this opportunity to repair broken social contracts with communities. This is especially true in rural areas affected by Boko Haram, where people have long lost trust in their governments. In many parts of the region, the state is largely absent, paving the way for terrorists and criminals to graft themselves into society.

By mid-January, Institute for Security Studies (ISS) data showed that the eight Boko Haram-affected regions stretching over the four Lake Chad Basin countries had a combined figure of 8,188 confirmed Covid-19 cases and 191 deaths since the outbreak.

Testing for the virus has generally been poor in the area, perhaps due to the lack of access caused by insecurity, poor healthcare and challenging topography. Nevertheless, it would be impossible to miss the volume of predicted Covid-19-related deaths if they ever occurred.

This is especially true in an environment conducive to such disease outbreaks and the infectious nature of Covid-19. Hundreds of thousands of people fleeing Boko Haram have been forced to live in squalid, overcrowded camps with poor healthcare, water, sanitation and hygiene. The influx of displaced people has also strained the limited resources available to host communities.

However, the impact of the pandemic has been felt more in people’s pockets due to the restrictions initiated to rein in the virus. Sub-Saharan Africa witnessed its first recession in 25 years in 2020, with 40 million people sliding into extreme poverty.

In the Lake Chad Basin, the effects manifested on many fronts. While governments felt they were keying into a global response to combat a pandemic, views on the ground differed.

In a region where people have to go out daily to eke a living or seek humanitarian aid to survive, restricting their movements through lockdowns only reinforced the view of a repressively predatory state. This was intensified when security forces were brought to police the lockdowns and accused of extortion and human rights violations.

Even measures aimed at easing the effect of lockdowns, like cash transfers and moratoriums on loan repayments, weren’t enough. Instead, they were marred by allegations of corruption by state officials, which further undermined trust in the authorities.

Governments also failed in their communication with citizens. Part of people’s anger relates to the announcement of mitigating measures with little or no consultations with those who would be most affected. This mistrust has continued to play out in the management of the pandemic.

Some argue that the lockdowns did people more harm than good. The same lack of trust between the state and citizens probably fuels the ongoing vaccine apathy. Data shows that only 2.6% of the region’s 266 million people were fully vaccinated by the third week of January. In Cameroon and Nigeria — the countries with the most cases in Lake Chad Basin — 2.5% of people had been fully inoculated by January (116,718 and 252,753 cases respectively).

The situation is even worse in Chad, where full vaccination stands at 0.7%, although the country has the lowest number of confirmed cases in the region. With 4.2% of people fully vaccinated, Niger has the highest vaccination record of this group of countries, perhaps because Nigeriens have more trust in the vaccine than people in the other states.

The Africa Centres for Disease Control and Prevention is nudging countries to mandate the Covid-19 vaccine in order to address people’s apathy. In Lake Chad Basin, such a move may be counterproductive and result in pushbacks, as seen in Nigeria.

For communities whose livelihoods have been devastated by the Boko Haram crisis, access to food is more important than medicine. One Nigerian told ISS Today: “You cannot force people to be vaccinated on empty stomachs.”

Cameroon, Chad and Nigeria also need to build trust in the vaccine, as has been the case in Niger. The right messaging should be aimed at local gatekeepers like community leaders, both traditional and religious. According to a 2021 Afrobarometer survey, Africans trust traditional leaders more than political leaders.

Like other infectious disease outbreaks, Covid-19 has shown the importance of preparing for the future. The best way to do this is through substantial investments in public health. African governments already know this, even if they have failed to walk the talk. When they signed the 2001 Abuja Declaration, states committed to investing at least 15% of their national budgets in the health sector.

Another Lake Chad Basin lesson is that when faced with a crisis, governments must win the hearts and minds of people — whether in response to a pandemic or terrorism. Relying on restrictions, policing and military interventions that are often poorly implemented opens the door to groups like Boko Haram, who win people over with anti-state narratives, including on Covid-19. DM

This article was published with support from the government of the Netherlands.