Vaccine rollout: Government seems to be taking its foot off the pedal 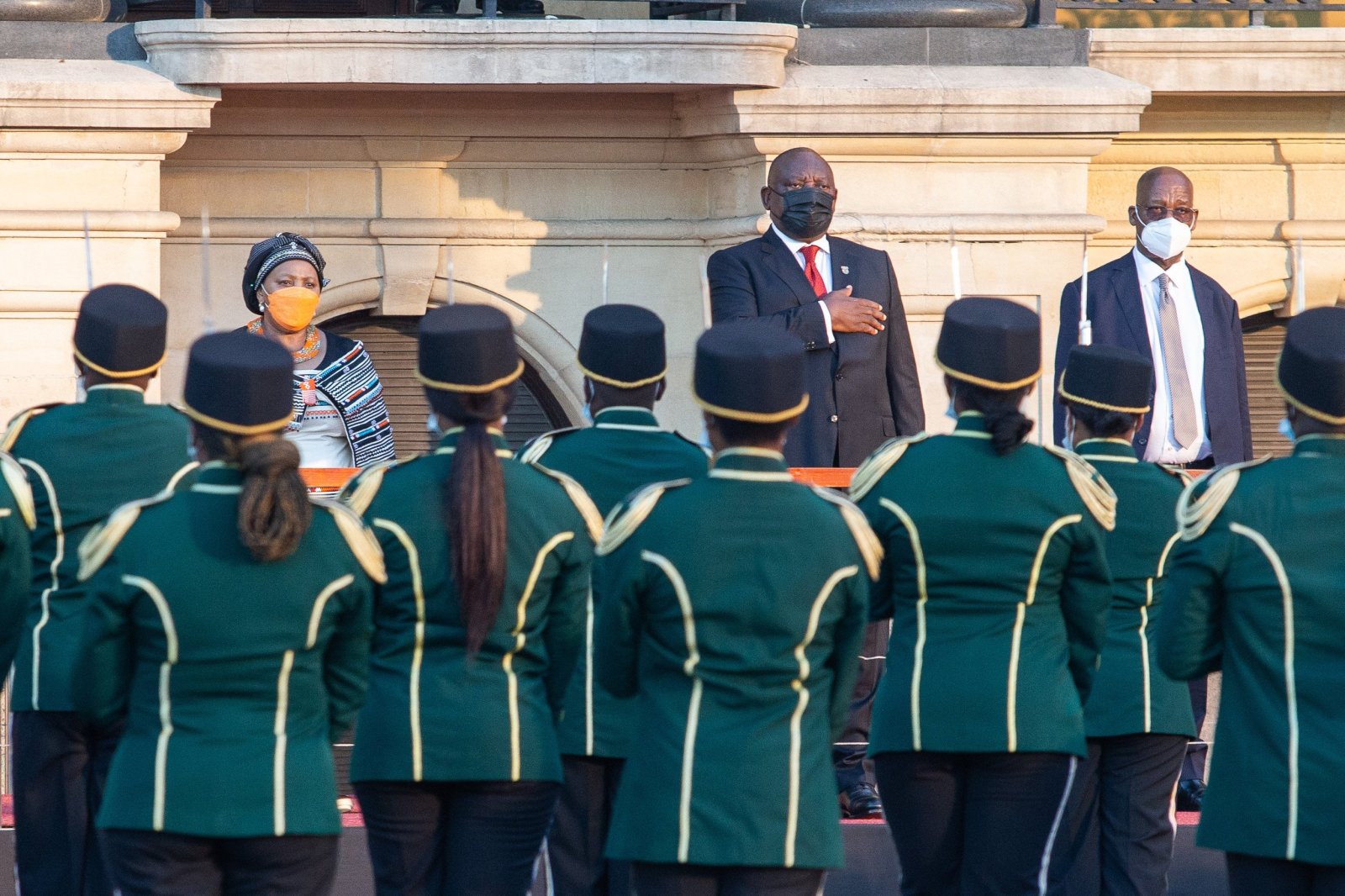 Vaccination uptake has dropped dramatically and there appears to be no push from the president or the national health department to change this.

Last year, in his 2021 State of the Nation (Sona) address, President Ramaphosa mentioned vaccines nineteen times. This year, in 2022, he barely spoke about the vaccine rollout.

He mentioned the almost 100,000 recorded Covid-19 deaths (despite the reality of close to 300,000 excess deaths). He noted that only 42% of the adult population had been fully vaccinated (ignoring the government’s initial target of 67% vaccinated by this time). He announced reduced restrictions as part of the “new phase in [of] our management of the pandemic”.

President Ramaphosa correctly pointed out: “Vaccines have proven to be the best defence we have against illness and death from Covid” and that “if we all get vaccinated, continue to observe basic health measures and remain ever vigilant, we will be able to get on with our lives even with the virus in our midst”.

But that said, he moved on to other important issues, ducking important policy issues such as vaccine mandates and addressing vaccine hesitancy.

The government appears to have quietly de-prioritised its vaccination programme.

Last year we repeatedly criticised the national government for its slow and unnecessarily complicated rollout, for blaming supply shortages for the slow pace of vaccination when it was clear from mid-2021 that vaccines were accumulating unused in the system, and for not doing more to improve access, especially to those in rural areas. Some provinces performed much better than others, suggesting that appropriate approaches achieved higher vaccination rates.

But we never imagined that the government would so quickly lose interest in vaccinating the population.

There is an air of resignation over the vaccine rollout — both on the supply and demand sides. Early last year, the constraint was the supply of vaccines. By the middle of last year, a combination of overly complex delivery systems and failure to reach remote areas slowed the rollout. As the government opened the door to more categories of eligible people, the rollout picked up (see graph). But now, even though anyone can get a vaccine, and those who were vaccinated six months ago can now get boosters, the rollout is progressing at a trickle.

It is unclear how much unmet demand for vaccines remains. According to a Nids-Cram survey from last year, about two-thirds of adults wanted to be vaccinated. Other surveys, however, report levels of vaccine hesitancy from 18% to 48%. According to the Afrobarometer survey, almost half of respondents thought that prayer was more effective than vaccines, but there is evidence from a Nids-Cram that people have changed their minds and become vaccinated.

There have been several other surveys, none of which are fully representative. A common pattern, however, within these samples is that the vaccine-hesitant are typically young urban dwellers.

As of February 2022, only a third of those aged 18 to 35 are vaccinated in South Africa. According to the Cvacs survey conducted amongst unvaccinated people at the end of last year, about a third of the unvaccinated want to be vaccinated and are experiencing access problems, about a fifth have concerns that could be alleviated with targeted information, 15% said they would be vaccinated only if required, and a quarter were strongly opposed.

There is clearly a problem pertaining to the spread of vaccine misinformation through social media, and from libertarian lobby groups claiming that young people do not need to be vaccinated. Young people are, of course, less likely to get sick and die from Covid, yet those who choose not to are at a significantly higher risk of hospitalisation. As of February 2022, 85% of those hospitalised from Covid aged 18 to 35 were unvaccinated.

An option that many universities are already implementing is to require staff and students in higher education to be vaccinated. Given the substantial subsidies provided to higher education, young people lucky enough to access such opportunities arguably have a duty to be vaccinated, if only to protect the social investment in them.

Despite support in Nedlac for vaccine mandates and advisories from the Ministerial Advisory Committee that workplace mandates are legal, the government has been reluctant to back them, even among health care workers or teachers or other service workers in its employ. It prefers to continue encouraging vaccinations — rather limply — leaving it up to individuals to take advantage (or not) of the vaccines currently on offer.

There are likely political considerations at work here.

Firstly, as is currently being demonstrated in Europe and North America, vaccine mandates have become a rallying point for right-wing, libertarian populism. Given that the EFF has already signalled its opposition to vaccine mandates, the South African government no doubt does not want to deal with a home-grown variant of this. EFF-aligned students appear to be at the forefront of resistance to vaccine mandates in universities.

Secondly, the health system is no longer under pressure. Like many other countries, the South African government watched in horror in early 2020 as Covid infections overwhelmed hospitals in Europe – opting for a severe lockdown even before the first death was registered in South Africa. The health care system took strain during successive waves (especially in the Eastern Cape) but it now appears to be coping well.

Minister of Health Joe Phaahla reported last week that Covid hospitalisations are running at about 5,000 a week, yet this accounted for less than 5% of general ward capacity, 7% of high care capacity and 8% of ICU capacity. The government thus does not have to worry — at least not for now — about politically adverse images of ambulances being turned away or of overflowing morgues.

Thirdly, as the Covid epidemic has evolved, spawning new variants that have challenged existing vaccines, the rollout was no longer the once-off silver bullet we had all hoped for. The idea of herd immunity was revealed as an impossible dream given Covid’s capacity to adapt and it was clear that most people will get infected eventually (especially after Omicron emerged).

Vaccination mainly reduces the risk of hospitalisation and death, and much less so the risk of infection. We shall probably have to get new vaccinations regularly, akin to the flu shot. Under these circumstances, it may appear politically rational to the national government to shrug off its initial bold vaccination plans and make vaccination an issue of individual responsibility rather than public policy.

This would be a costly mistake. The role of public policy in driving vaccinations continues to be crucial. As Dr Francois Venter and others argued recently, there is a strong case for ending the State of Disaster (something President Ramaphosa has yet to do) and instead focusing on the health sector and radically improving the vaccination rollout. This, they argue, could include a strong focus on those over 50+ and workplace vaccine mandates. Most South Africans probably have some immunity from past infections, but vaccinations provide better and safer protection, especially as the virus evolves.

The government is clearly taking its foot off the vaccine pedal. This will cost lives, but the government’s poor performance on vaccination is unlikely to be an electoral liability. Voters are likely to focus, as they did before Covid, on the economy, unemployment, crime and perhaps corruption. Whether the government will have any success on those challenges is an open question.

Giving up on vaccination appears to be yet another example of the government’s inability to tackle difficult challenges. What is likely, however, is that the consequence of low vaccination rates will be that South Africa will develop yet another dimension of inequality and risk: that between the vaccinated and the unvaccinated. DM

The authors are professors at UCT.