Russia says some troops return to base, Ukraine reacts...

Russia says some troops return to base, Ukraine reacts cautiously 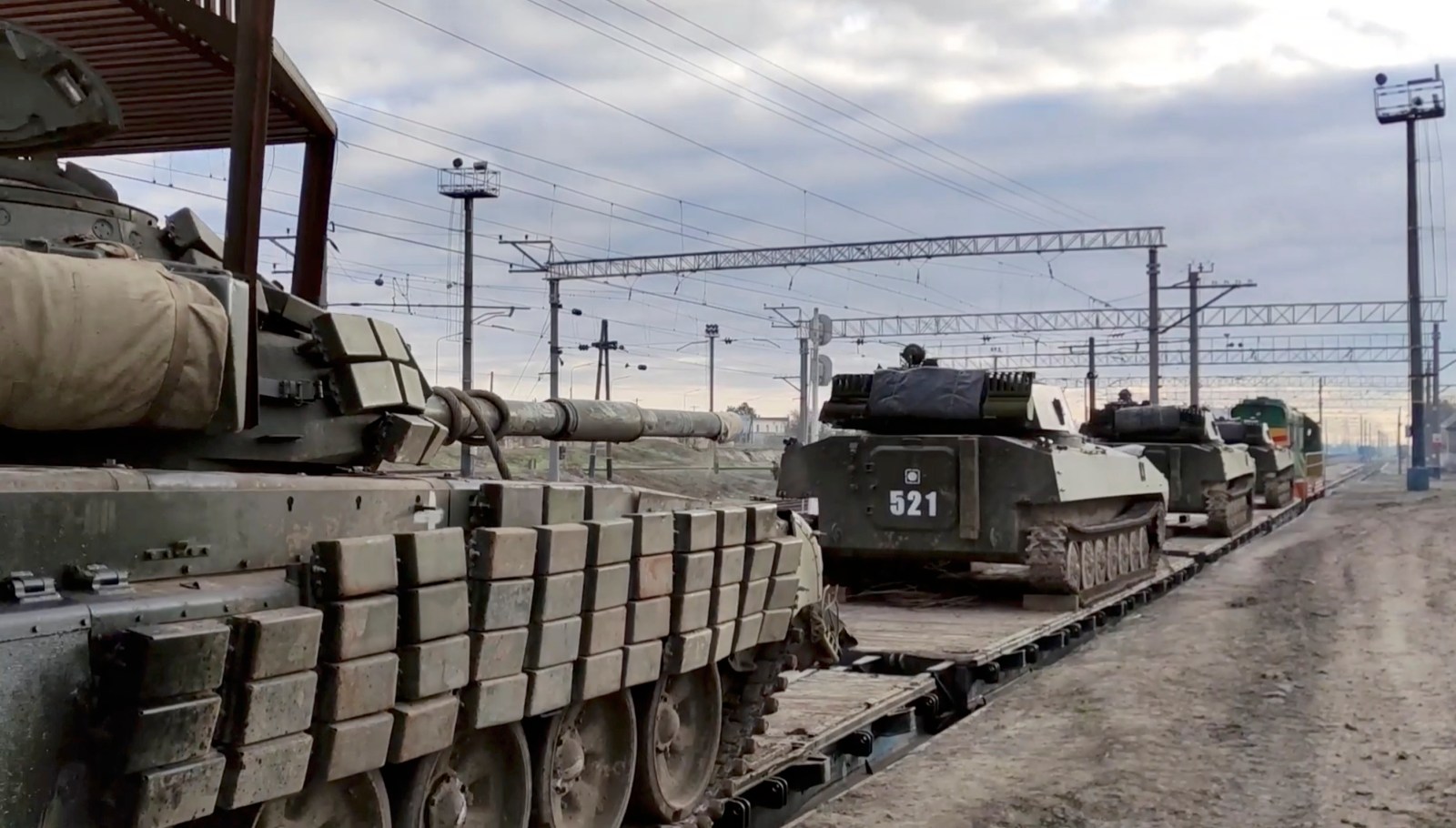 MOSCOW, Feb 15 (Reuters) - Russia said on Tuesday some of its military units were returning to their bases after exercises near Ukraine, following days of U.S. and British warnings that Moscow might invade its neighbour at any time.

It was not clear how many units were being withdrawn, and by what distance, after a build-up of an estimated 130,000 Russian troops to the north, east and south of Ukraine.

The development drew a cautious response from Ukraine and Britain but prompted a sharp rally on financial markets. Western military analysts said it was too soon to be sure of the extent of any de-escalation.

“We’ve always said the troops will return to their bases after the exercises are over. This is the case this time as well,” Kremlin spokesperson Dmitry Peskov said.

He accused the United States of fuelling the crisis by warning repeatedly of an impending invasion, to the point where Peskov said President Vladimir Putin had made jokes about it.

“He asks (us) to find out if the exact time, to the hour, of the start of the war has been published. It’s impossible to be understanding of this manic information madness,” Peskov told reporters.

Britain, which with the United States has led the warnings of imminent action, reacted cautiously.

“The Russians have claimed that they have no plans for an invasion, but we will need to see a full scale removal of troops to show that is true,” Foreign Secretary Liz Truss told LBC radio.

Ukraine’s Foreign Minister Dmytro Kuleba said Kyiv would only believe that Russia was moving to de-escalate the situation if it saw for itself that Russian troops were being pulled back.

“If we see a withdrawal, we will believe in a de-escalation,” Interfax Ukraine quoted him as saying.

German Chancellor Olaf Scholz, on the latest Western diplomatic mission to defuse the crisis, began talks with Putin in the Kremlin.

A Russian defence ministry spokesman said that while large-scale drills across the country continued, some units of the Southern and Western military districts adjacent to Ukraine had completed their exercises and started returning to base.

The Southern military district said its forces had started withdrawing from Crimea and returning to their bases after completing drills on the peninsula, which Russia seized from Ukraine in 2014.

Video footage published by the defence ministry showed some tanks and other armoured vehicles being loaded onto railway flatcars.

Western military analysts were cautious about the significance of the latest troop movements.

Many of the Russian forces in Belarus for drills due to end on Sunday have come from thousands of miles away in the Eastern Military District. Tuesday’s announcement made no mention of those forces.

“Potentially good news, but we should wait to see where the Eastern and Central Military District goes, especially after Feb 20,” Rob Lee, a military analyst who specialises in Russia, wrote on Twitter.

“As long as that remains nearby, Russia will have the capacity to conduct a significant escalation, though possibly not on as short notice.”

Konrad Muzyka, director of the Poland-based Rochan consultancy, told Reuters it would take several days to verify the latest moves via satellite imagery.

“It should also be noted that new trains with equipment from Central Russia keep on arriving near the border and that Russian forces continue to move towards staging areas. The announcement stands in a direct opposition to what Russia has been doing for the past few days,” he said.

Commercial satellite images taken on Sunday and Monday showed a flurry of Russian military activity at several locations near Ukraine, according to the private U.S. company that released the pictures.

U.S.-based Maxar Technologies pointed to the arrival of several large deployments of troops and attack helicopters as well as new deployments of ground attack aircraft and fighter-bomber jets to forward locations.

By Dmitry Antonov and Sarah Marsh.