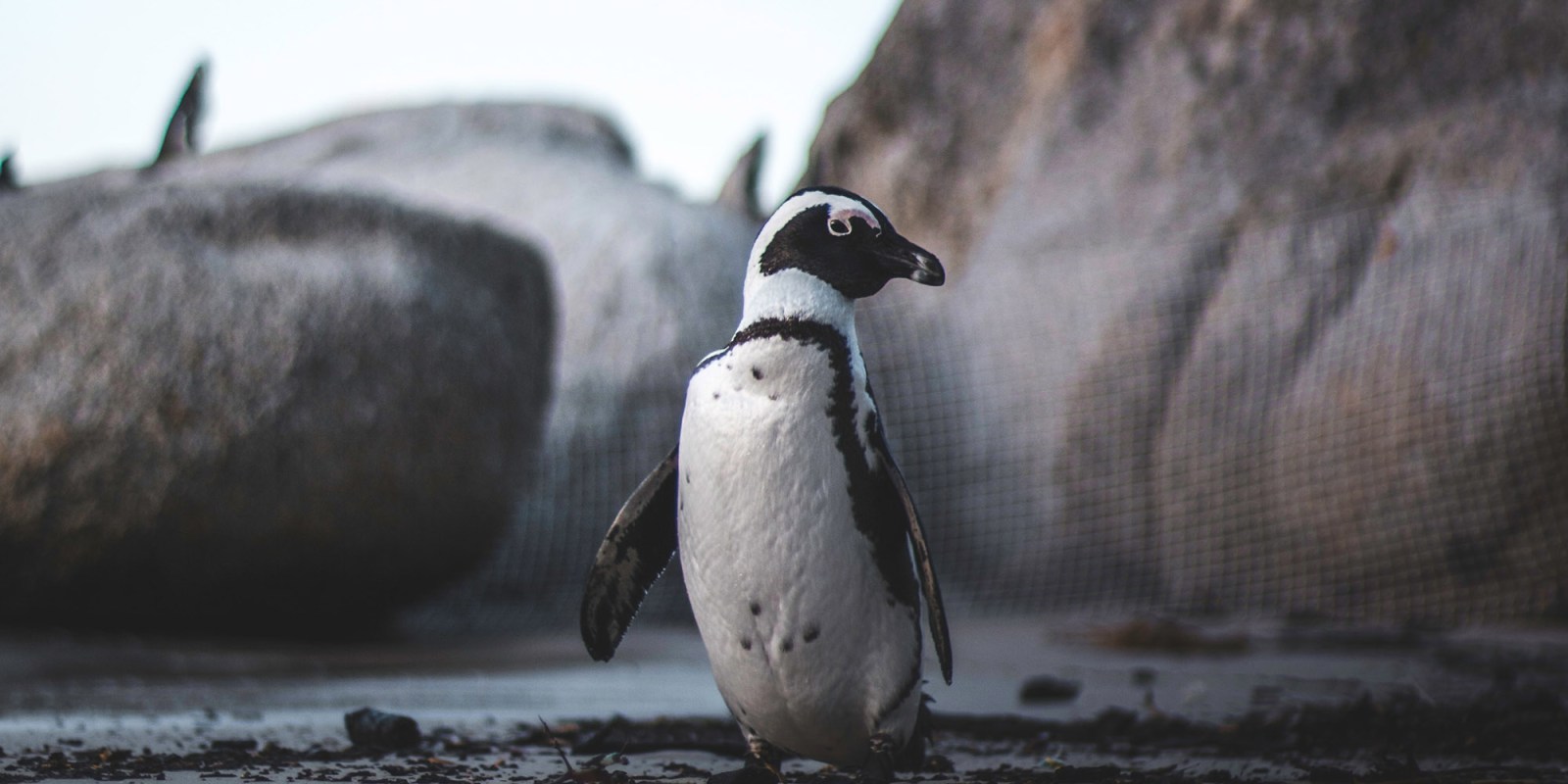 Environmental organisations are calling for South Africans to sign a petition that will force the South African Maritime Safety Authority to reinstate the moratorium on the awarding of bunkering licences in Algoa Bay. They say past oil spills have affected endangered African penguins and other threatened seabird species.

Environmental organisations have opposed the decision by the South African Maritime Safety Authority (Samsa) to lift the moratorium on new licences for fuel ship-to-ship (STS) bunkering in biodiversity hotspots in Algoa Bay from 1 April.

The organisations have shared a petition that had been signed by more than 900 people by Tuesday.

On 31 January, Samsa announced that the moratorium on the awarding of bunkering licences in Algoa Bay would be lifted from 1 April, with applications being accepted from 1 February.

The moratorium took effect on 22 August 2019 pending the finalisation of a holding capacity and risk assessment study.

The lifting follows the last sitting of the bunkering stakeholder session, held in December 2021, which resolved that the moratorium should be lifted. The lifting means that new potential entrants can now submit their applications with effect from 1 February.

These organisations have opposed STS bunkering (which involves the transfer of fuel from one vessel to another while at sea) since it was initially permitted in Algoa Bay in 2016. Their opposition is due to the high risks involved and the proximity to foraging and breeding grounds of endangered marine species.

The BEWG said no input had been sought from them before the decision to lift the moratorium on new bunkering licences in Algoa Bay.

The group said the decision to expand offshore bunkering operations is linked to Operation Phakisa — an initiative launched by the government in 2014 and aimed at unlocking the country’s blue economy to stimulate the growth and development of SA’s seas.

It said that: “The moratorium was placed on 22 August 2019 following a second oil spill since 2016 and pending the finalisation of a holding capacity and risk assessment study. However, while an anchorage holding capacity study (commissioned by Samsa) was completed in 2020, the environmental risk assessment to be commissioned by the Transnet National Port Authority (TNPA) has yet to commence.”

The BEWG said that in the absence of a robust environmental study, environmental organisations have strongly opposed the decision to lift the moratorium.

“In addition, users of Algoa Bay have not been afforded a public participation opportunity through a meaningful consultative process. Concerns raised by conservationists have been realised over the past six years as three oil spills have occurred as a direct result of fuel STS bunkering, affecting endangered African penguins and other threatened seabird species.

“The impact of oil pollution on marine life must not be underestimated; research has shown that in the long term, African penguins that were oiled, cleaned and released have lower breeding success than unoiled birds.”

The BEWG said Algoa Bay is a marine biodiversity haven, recognised by the declaration of the Addo Elephant National Park Marine Protected Area.

“St Croix Island previously held the largest African penguin breeding colony in the world, and Bird Island currently holds the world’s largest Cape gannet breeding colony, with two thirds of the global population breeding at this site. These islands form part of a global Important Bird and Biodiversity Area, and South Africa has undertaken international obligations to conserve both of these species,” said the BEWG.

The organisation said the African penguin population is declining at an alarming rate due to anthropogenic threats, including oil pollution.

“St Croix Island, the closest island to STS bunkering activities, has suffered a staggering 80% decline of African penguins in the past five years. During this time, vessel numbers have more than doubled in the bay, with bulk carriers having increased more than threefold. Vessel activity has been concentrated in shipping lanes and anchorage areas, where bunkering services are located, that overlap important foraging areas for penguins from St Croix Island,” the BEWG said.

The BEWG said scientists are investigating the impacts on African penguins of marine noise pollution associated with these activities.

“This threat accumulates with others such as oiling and competition with fisheries, and certainly contributes to the rapid and significant decline of penguins at this colony. African penguins are known to avoid waters with excessive marine noise, as was the case for penguins from St Croix Island during seismic survey activities in 2013,” reads the statement.

Nicky Stander, of the Southern African Foundation for the Conservation of Coastal Birds, said the increasingly intense use of the oceans in several economic sectors often goes unnoticed by the public.

“So, why should we care about the health of the marine environment and the species that depend on it? Seabirds are ocean indicators and are often the first to warn us after a pollution incident. Oceans are the world’s largest source of protein, with nearly half of the world’s population depending on the oceans for their primary source of protein.

“Oceans absorb about 30% of carbon dioxide produced by humans, buffering the impacts of global warming. We are indeed linked to our oceans in all possible aspects. The future of the oceans and our future are inseparable,” Stander said.

“To ensure that job creation in one industry does not imply jobs loss in others, reliable and complete risk assessments must be conducted. We depend on healthy oceans for food and jobs, but also for our mental wellbeing,” said Pichegru.

Dr Melissa Lewis of BirdLife South Africa said the organisation was strongly opposed to the lifting of the moratorium and urged that it be reinstated.

“Algoa Bay and its biodiversity are of not only national but also international importance. Ship-to-ship bunkering has already demonstrated a risk of oil spills in this ecologically sensitive and valuable area. We find it inconceivable that this activity should be further expanded without a thorough assessment of its full range of environmental impacts, and of whether (and, if so, how) these can be mitigated to an acceptable level,” said Lewis.

She said it was crucial that decision-making regarding ship-to-ship bunkering in this and other areas be informed by a proper understanding of the risks involved and that — in the face of uncertainties — a precautionary approach be applied.

“It is also crucial that such decision-making be preceded by meaningful stakeholder consultation,” she said.

Frank Collier of Zwartkops Conservancy said they were totally opposed to the transfer of fuel in Algoa Bay.

“We have seen the effect on birdlife resulting from the three ‘small’ oil spills which have occurred to date. It is only a matter of time before we have a major disaster, possibly on the scale of the Exxon Valdez disaster in 1989.”

He said a major oil spill occurring when the prevailing southwesterly wind is blowing would carry the oil into the Addo National Park’s marine protected area.

“If the wind is blowing from the east, the oil will end up on the beaches and, together with an incoming tide, will pollute the Zwartkops River mouth and estuary with devastating consequences for all forms of marine and birdlife. The cost to the country… will far outweigh the benefits accruing to the metro from the bunkering operations,” he said.

Dr Eckart Schumann of the Wildlife and Environment Society of South Africa, said the deliberations in the stakeholders’ forum and in the environmental working group are separating into stereotypes: the environmentalists are regarded as blocking legitimate economic initiatives, while the STS operatives are regarded as being unconcerned about the consequences of their actions, as long as they make money.

“We should all be working together on this, determining optimum operating conditions which will preserve the long-term integrity and ecological functioning of Algoa Bay, while at the same time allowing such operations which will bring economic benefits for the local community,” said Schumann.

He said for this to happen, there had to be functional controlling bodies that complied with the requisite laws and carried out any necessary investigations to determine optimum conditions for bunkering to occur. DM/OBP