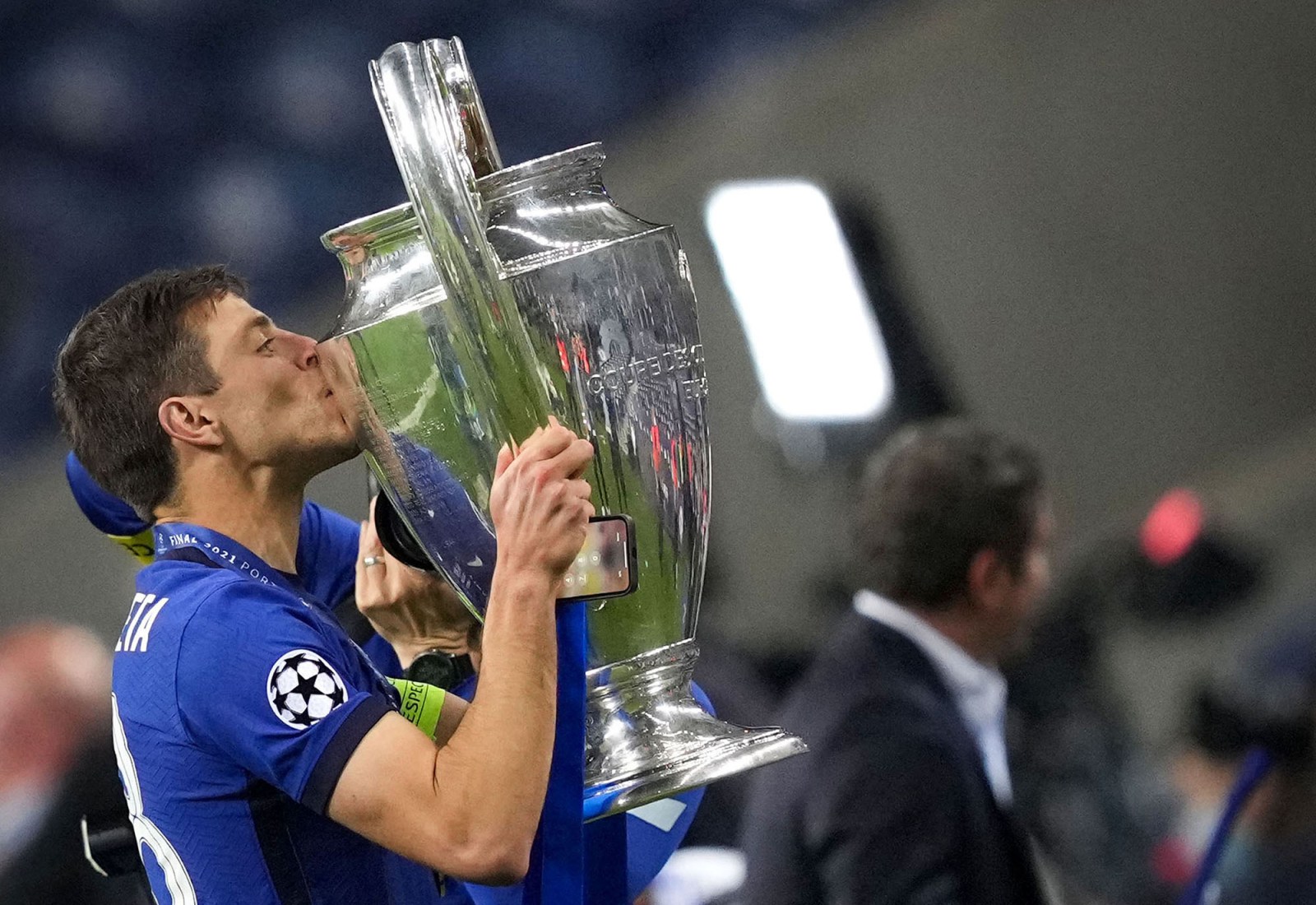 Chelsea captain Cesar Azpilicueta kisses the trophy after his team won the Uefa Champions League in 2021. The last-16 first-leg of the 2022 edition is due to kick off from 15 February. (Photo: EPA-EFE / HUGO DELGADO)

The Uefa Champions League round of 16 has arrived. It brings with it a plethora of intriguing and mouthwatering ties. The round of 16 also marks the first time in 57 years that the away goals rule will not be applicable.

Uefa, the mother body of European football, announced in June 2021 that it had removed the away goals rule from the Champions League and its other competitions, this season and beyond.

The rule was implemented in 1965, with the purpose of determining the winner in cases where two teams had scored the same number of goals on aggregate over the two matches. If one team had scored more goals at their opponent’s home ground, then they would qualify for the next round.

However, from now onwards, if both teams are level at the end of both legs of a Champions League tie, extra-time and penalties will take place as required, regardless of the number of away goals a team has scored.

“It is fair to say that home advantage is nowadays no longer as significant as it once was,” Aleksander Ceferin, Uefa president, said at the time.

“Taking into consideration the consistency across Europe in terms of styles of play, and many different factors which have led to a decline in home advantage, the Uefa executive committee has taken the correct decision in adopting the view that it is no longer appropriate for an away goal to carry more weight than one scored at home.”

The away goal rule has been a source of many heartbreaks in seasons past. Who could forget in 2009 when Barcelona were two minutes from being eliminated from the Champions League in a tense second leg clash versus Chelsea at Stamford Bridge, London?

The ballerina-esque Andrés Iniesta collected a pass from Lionel Messi and stroked the ball into the top corner from outside the box. His rasping goal secured a 1-1 draw — sending the Spanish side into the final on the away goals rule — this after the first leg in Spain had ended in a nil-all stalemate.

Tottenham Hotspur also progressed to the 2019 Champions League final after beating Manchester City on away goals in the quarterfinals and then Ajax in the semifinals.

The opening round of the last-16 sees a humdinger of a clash as record European champions Real Madrid clash with the prolific Paris Saint-Germain (PSG).

Madrid had the more assertive group stage. After their shock loss to Moldovan side Sheriff Tiraspol in their second game of the group campaign, Los Blancos blew past everything in their way to finish at the summit of their group with 15 out of 18 points. Meanwhile, PSG blew hot and cold as they finished second behind Manchester City in their group, with 11 points.

The Spaniards, who are 13-time European champions also have Champions League doyen Carlo Ancelotti in the dugout to help them plot a frontal assault on the Parisians.

However, Los Blancos are sweating over the fitness of their talismanic French forward, Karim Benzema. The club’s top goalscorer this season has been out with a muscular injury over the last three games and faces a late fitness test.

Of course, the match will mark a reunion for Lionel Messi with Madrid. The mythical Argentine played in 45 El Clásico matches during his time with Barcelona, the joint-most in the fixture’s history along with current PSG teammate and former Madrid captain Sergio Ramos.

“There is no more pressure on one side than the other. I respect Real Madrid, they are one of the biggest clubs in the world, who have won everything. However, in my opinion, there is no favourite. It could be a final given the quality of the players,” said PSG manager Mauricio Pochettino.

In another enthralling round of 16 clash, six-time European champions Liverpool will face three-time conquerors of Europe, Inter Milan. The Reds will confront the Nerazzurri for the first time in 14 years in this season’s last 16. The two sides faced off at the same stage in 2008, with the English claiming bragging rights over their Italian counterparts.

The fixture also marks Liverpool’s return to the San Siro — where Jürgen Klopp’s men defeated AC Milan 2-1 in their final game of the group phase in December. The Reds will eye a similar result against the blue side of Milan to set themselves for a possible place in the quarterfinals. DM