Nothing has changed in Alexandra, says Human Rights Com... 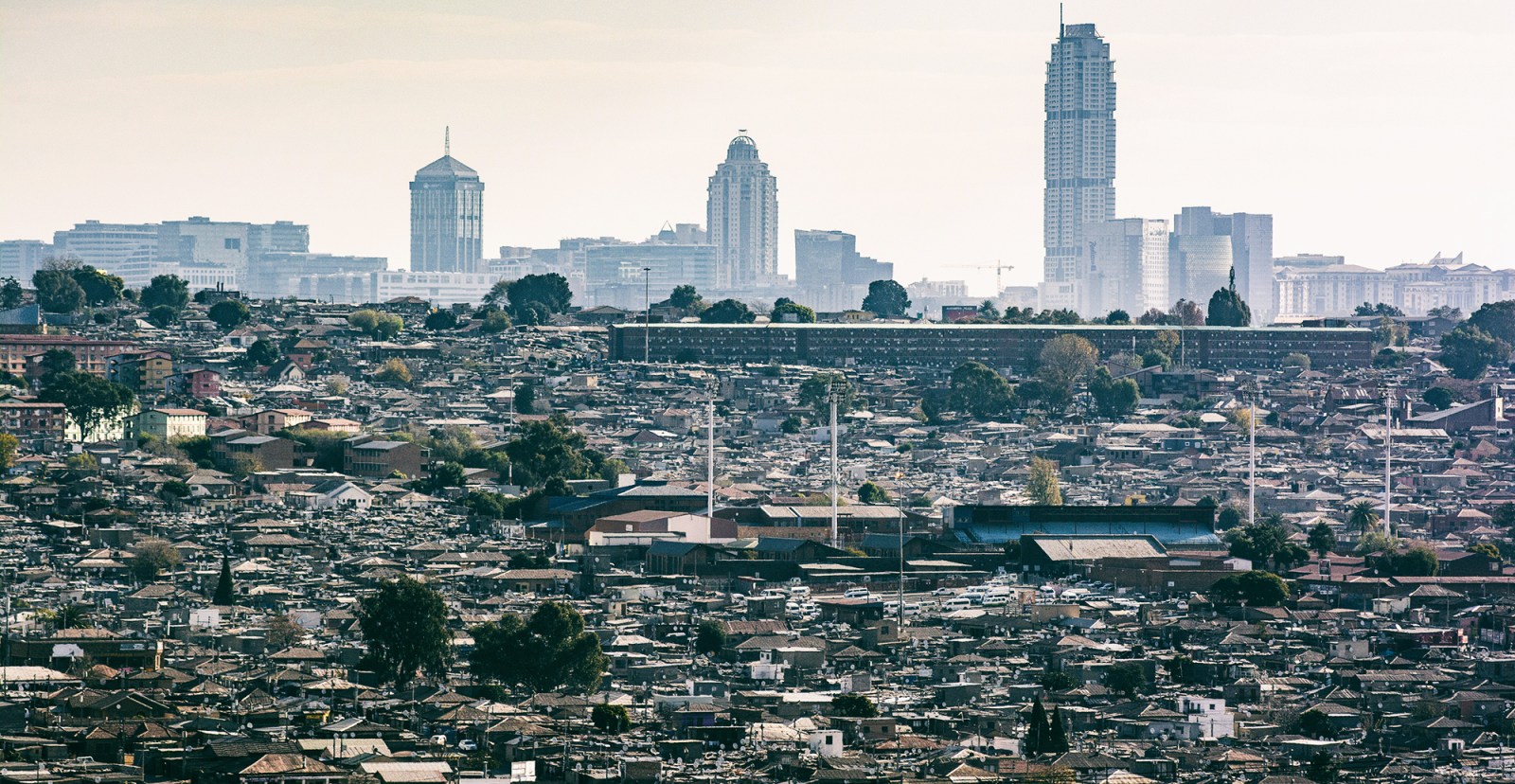 Skyscraper office buildings in the Sandton area stand on the skyline beyond residential housing in the Alexandra township in Johannesburg, South Africa, on June 11, 2020. (Photo: Waldo Swiegers / Bloomberg via Getty Images)

City of Johannesburg and provincial government have not responded to Commission’s July 2021 report.

On Monday, the Commission conducted an inspection in Alexandra, following its joint report with the Public Protector in July last year which called for urgent intervention to correct human rights violations in Alexandra.

In the report, the Commission and the Public Protector made several findings against the City of Johannesburg, the Gauteng Provincial government and the South African Police Service (SAPS).

The report was released following the Alexandra Inquiry held in 2019 after protests rocked the township earlier that year. The inquiry heard submissions from residents, government officials, and others about overcrowding, poor policing, and lack of water and sanitation services in the community. The inquiry also looked at allegations of corruption in the Alexandra Renewal Project (ARP) — a project initially worth R1.3-billion, launched in 2001.

Jones said the City, the provincial government, SAPS and Metro Police had been given 60 days to respond after the release of the report, “but we have not received any formal responses to date”.

“We decided to embark on this visit to assess progress made in implementing the Commission’s recommendations and directives,” said Jones.

While there was “some improvement in some parts of Alexandra”, there had been no significant change since the release of the report, he said.

Some residents of Silvertown informal settlement, located along the heavily polluted Jukskei River, said conditions in Alexandra had not changed since the 2019 protests.

“We want things to improve and we want Alex to develop because maybe we can get jobs through that development,” said Hlengiwe Ngada.

Garry Mahlase, a 22-year-old who has lived in Alexandra since he was eight, said he has watched the area deteriorate.

“We are still using portable toilets that are only cleaned once a week and we are still living in cramped conditions,” he said.

During the inspection, GroundUp saw sewage running down potholed Gousblom Crescent in Silvertown. Residents said the dirty water had been running for weeks.

Ntando Mbabali, who uses a wheelchair, said it was already difficult to get around because of the potholes and cramped conditions. “The sewage just makes things worse,” he said.

He said that there are new shacks every day and when you call the municipality they don’t arrive.

During a briefing at the City’s region E offices after the inspection, director of the City’s housing department, Patrick Phophi, said they had plans to address inadequate housing — one of the key shortcomings identified in the report. He said temporary units could be used “to decongest overcrowded areas like the Stjwetla informal settlement”. Shipping containers have been converted into temporary units.

Phophi said the City was in the process of allocating services to sites identified for relocation in Frankenwald and Linksfield but funding challenges had delayed progress.

Vinolia Mashiane from the Housing Development Agency said no deadlines had yet been set for plans to address housing and decongestion in Alexandra.

SAPS and the Johannesburg Metro Police Department also attended the briefing. They said law enforcement had been strengthened through the establishment of an anti-land invasion unit and through visible policing, where officers are deployed in hotspot areas.

Jones urged the City and the provincial government to submit their responses to the report by May, when the Commission will host another inspection and engagement.

If they did not respond by May, Jones said, “The commission is weighing its options, which include a possible subpoena hearing. But we are hopeful that we will not have to resort to using our powers to compel compliance.” DM