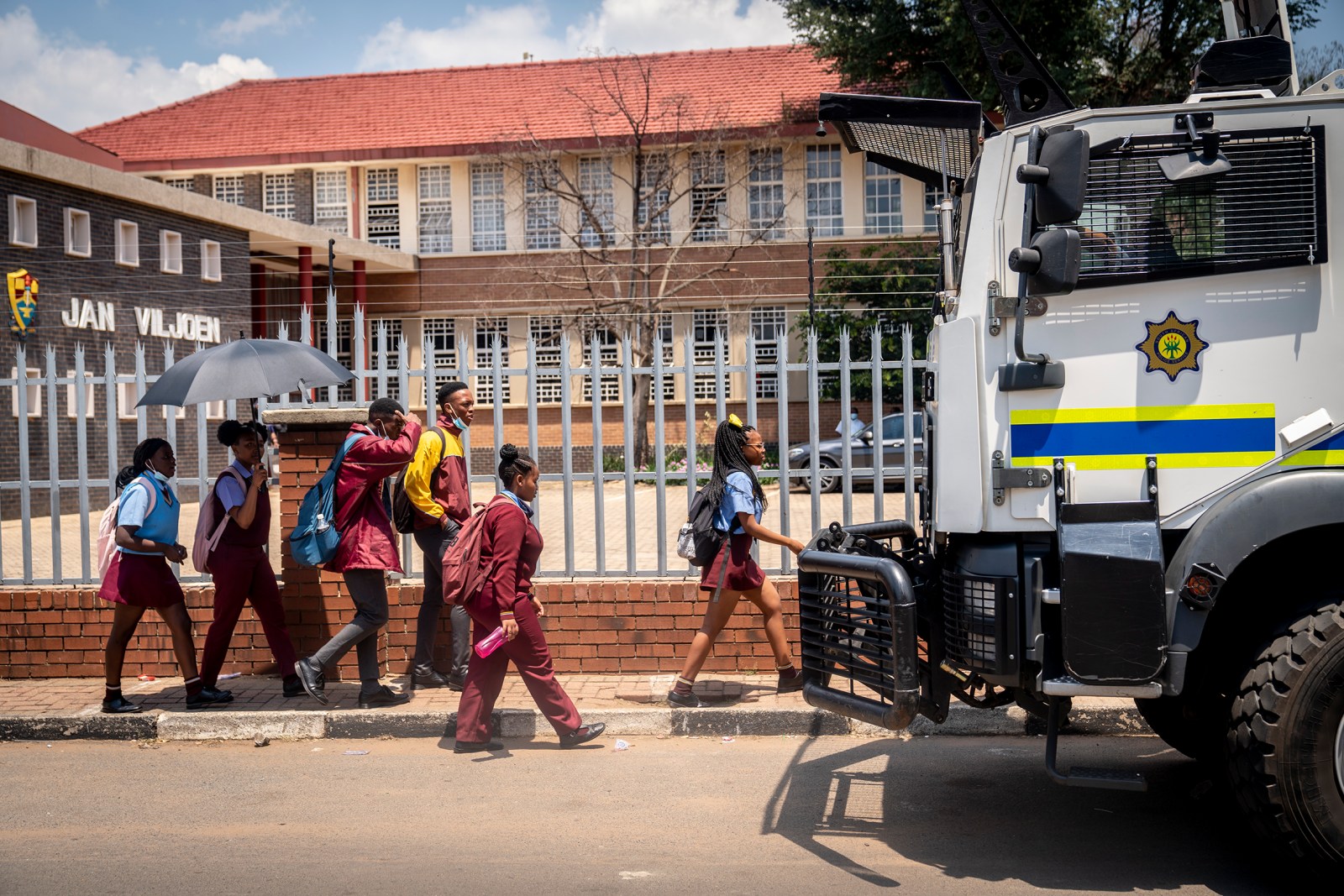 Roads leading to Hoërskool Jan Viljoen were blocked and racial tension almost boiled over outside the school gates on Monday morning. Police fired rubber bullets and stun grenades in an attempt to restore order.

Gauteng Education MEC Panyaza Lesufi visited Hoërskool Jan Viljoen on a fact-finding mission on Monday after an apparently racially motivated fight broke out at the school on Friday, 11 February.

Black pupils on Monday told Lesufi they feel racially targeted following the incident, which resulted in four cases being submitted to the National Prosecuting Authority (NPA).

Roads leading to the school were blocked and racial tensions almost boiled over outside the school gates on Monday morning. Police fired rubber bullets and stun grenades in an attempt to restore order.

A student’s placard said “28 years later and being black is still an issue”.

Various political parties were also present, and an EFF supporter was heard saying, “Malema will be here tomorrow.” Inside the school, private security officers were dressed in riot gear and two armoured trucks were in the school parking lot.

A chilling voice note sent to Daily Maverick is the voice of a young white man describing the events leading up to the fight. He makes use of the k-word four times in the nearly four-minute clip. He also reveals that he and his friends are racist, and calls for apartheid to be implemented at the school.

Apart from racism claims, a staff member employed by the school governing body (SGB) has been placed on precautionary suspension after being accused of sexual harassment. Daily Maverick tried to get a comment from him but he said he had been instructed not to talk to the media.

Lesufi called for accountability and for a preliminary report by Thursday. He said the South African Human Rights Commission would be requested to investigate racism and other forms of discrimination at the school.

A schoolgirl asked Lesufi: “Why are white children being treated otherwise? They said they are going to show us who is the ‘baas of the plaas’, and they are going to kill us, they are just going to bring guns and shoot us, sir. How are we supposed to feel safe at our own school?”