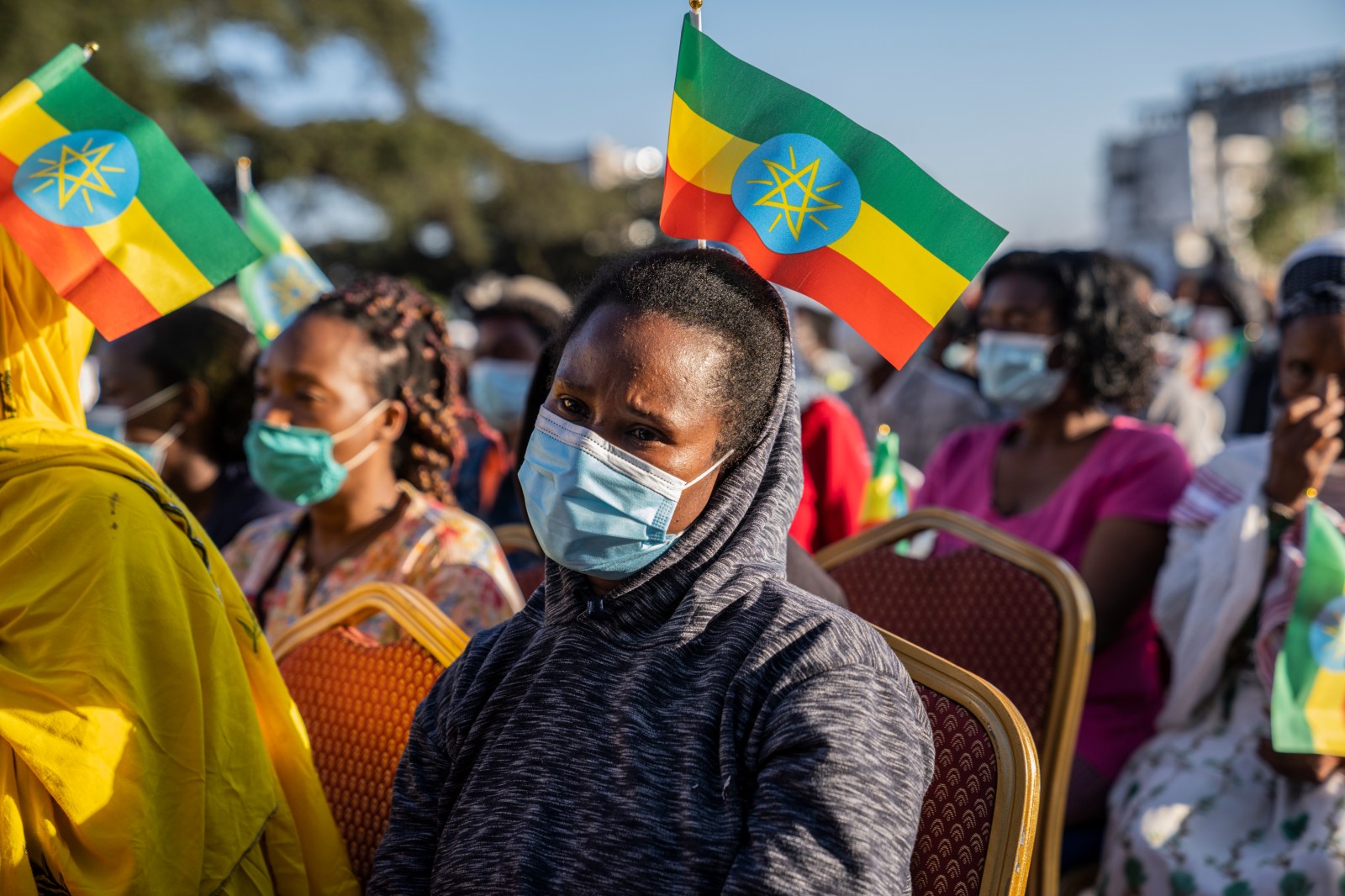 Ethiopians gather for an event marking the one year anniversary of the war in Tigray in the capital Addis Ababa, Ethiopia, 03 November 2021. The Tigray Peoples Liberation Front (TPLF) allegedly attacked an Ethiopian National Defense Force (ENDF) camp on 03 November 2020 starting the war. According to a report released 03 November 2021 by the UN high commission for Human Rights, war crimes and other crimes against humanity have been conducted by both sides in the year long bloody civil war. A nationwide state of emergency has been declared in Ethiopia following advances south through the Amhara region towards the capital city Addis Ababa by the TPLF. EPA-EFE/STR

ADDIS ABABA, Feb 15 (Reuters) - Ethiopia's parliament on Tuesday voted for an early end to a six-month state of emergency, effective immediately, adding to signs that a bloody conflict between the government and rebellious Tigrayan forces could be easing.

The state of emergency gave the government power to detain citizens without charge and search homes without a warrant. Thousands of Tigrayan civilians were rounded up and held in prisons and warehouses.

Ethiopia imposed the order in November after Tigrayan forces invaded two other regions, threatening the capital.

But a government offensive in December pushed the Tigrayans back, although fighting continues in the region of Afar, and Tigray – where millions depend on food aid – remains cut off with no food arriving since mid-December.

The vote was not a rubber stamp, underscoring political divisions that Prime Minister Abiy Ahmed must manage. Of 312 lawmakers voting, 63 opposed the motion, while 21 abstained.

But Desalegn Chanie, of the opposition National Movement of Amhara party, who voted against, said lifting it now “in order to please the diplomatic community without ensuring the safety of fellow citizens” was premature.

Ethiopia’s state-appointed rights commission said some human rights were not being upheld after the order was imposed.

The TPLF dominated Ethiopian politics before Abiy came to power in 2018. Afterwards, relations between the two sides nosedived, and war erupted in November 2020.

Normally, Ethiopian law demands prisoners are either charged or released. Attorney General Gedion Temothewos and his spokesman did not immediately respond to requests for comment.

The United Nations has said it believes international mediators are making progress.

“Talks continue and there is certainly less hostility than there was a few months ago. We are in a much better place,” Amina Mohammed, the U.N.’s Deputy Secretary-General, said last week after visiting Ethiopia.