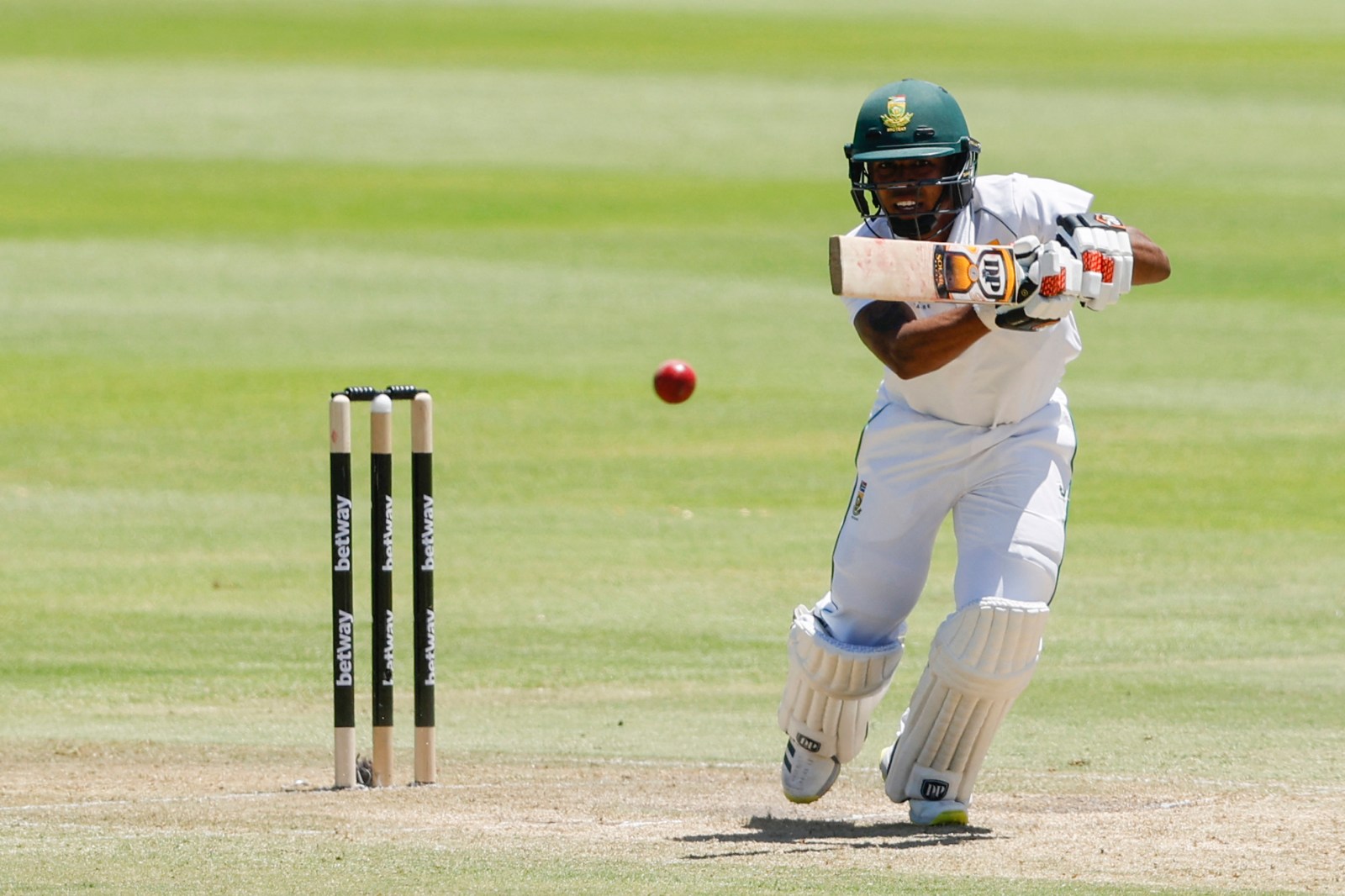 Keegan Petersen is one of many talents to emerge in South African cricket, but leadership challenges remain.

Shortly before Christmas in 2019, Pite van Biljon cried off from South Africa A’s game against England at Willowmoore Park with an injury, and Keegan Petersen was called up instead.

Before an inquisitive Jack Russell (the breed of dog, not the former England player), a boerewors roll vendor doing slow trade and a handful of Benoni diehards, England batted first.

Ollie Pope and Joe Denly scored centuries, and on days two and three Petersen scored a patient ton of his own. The friendly fizzled out in a draw and was quickly forgotten as the Test series arrived.

In scoring his 111 in nearly six hours Petersen faced Jimmy Anderson, the best swing bowler the game has ever known.

“Two years later and I’m still waiting for that Anderson half-volley,” says Petersen with a chuckle, adding that although he was a bit “star-struck”, he managed to convert his 60 not out on the Saturday night into a hundred the following day.

“I was batting for my life in that game,” he says. “I was batting to become a regular in the South African A side, never mind the Test side. The innings was great because it allowed me to be part of the squad in the later Tests against England.”

Petersen is no stranger to the idea of batting for his life. He went to William Lloyd Primary in the Paarl suburb of Amstelhof before heading to New Orleans Secondary, not places where the path to the top is encrusted with diamonds and pearls.

He says with a touch of pique that with the exception of the Boland under-19 team, he was always in the age-group B teams in the province, and the theme carried on at the Cobras where his upward mobility was blocked by Justin Ontong and Andrew Puttick. The bottleneck meant he needed to move, so he went to the Knights for five enjoyable years. It was there he developed a reputation as a deft player of spin bowling and that rarity in South African cricket with its legions of front-foot bullies: a back-foot player of class.

He moved again (to the Dolphins) where he grew his game and wondered if his subtle, slightly old-fashioned talents would ever catch the national selectors’ eye.

Eventually, through sheer weight of first-class runs, they did. Last winter he played two Tests against the West Indies in Grenada, innings which settled precious few questions about his long-term Test future.

Come India’s arrival last December and he was there again, batting in the slightly exposed position of three, as he came face to face with Jasprit Bumrah’s stuttering action and quicksilver pace. Again, you felt that “KP” might be batting for his life.

By the time of the third Test, Petersen had herded the chin-scratchers and the fence-sitters into a growing appreciation society.

The finishing touch came in the second innings at Newlands – with the Proteas chasing a daunting 212 to win the Test and the series – when he whipped out the reverse sweep off Ravi Ashwin for a cheeky four behind square.

Petersen scored 72 and 82 at Newlands, scoring 276 runs in the series to pick up the Man of the Series award, which isn’t bad for a laaitie who used to play vlakkie cricket for the Chicago Kings on the concrete lots between tenements in Paarl East.

Just when he was set to enhance his reputation still further, he caught Covid-19 and didn’t fly to New Zealand for two Tests, the first of which starts next week.

The reverse sweep has been put in cotton wool for the time being.

Success in spite of challenges

Petersen’s story suggests that the wellsprings of sporting talent in this country remain deep and often touchingly obscure. The pity is that at the moment the suits are working against the widespread riches of our talent by going in for one of their periodic bouts of grandstanding.

It’s a strange thing to say, but they seem to be working tirelessly against the players, the very people who the fans love and who make Cricket South Africa (CSA) all its money.

Mark Boucher, the Proteas coach, stands accused of both racism and that hoary chestnut, “subliminal racism”, in a charge sheet based on the testimony of Paul Adams at the Social Justice and Nation-Building hearings (SJN) and Boucher’s former assistant, Enoch Nkwe.

That testimony hasn’t been subject to independent scrutiny and the public have been forced to accept the board’s word that such allegations were serious enough to be deemed worthy of further investigation.

The CSA board made Ntsebeza’s report available via its website, so why not the Nkwe report? Much editorialising and social media bombast could be put to bed if it did.

It is fair to accept the CSA board’s argument that once accusations of racism started flying they were obliged to act, for non-action would be seen as tantamount to condoning racism itself. This is all well and good, but why now the withdrawal into secrecy?

The interim board preached transparency (releasing the Fundudzi Report) and so did chairperson Lawson Naidoo’s current board in the early days. Now, however, when it is inconvenient to do so, the board is asking the public to trust that they know what they’re doing.

But the public doesn’t trust the CSA because in the last four years, serial incompetents such as Thabang Moroe, Welsh Gwaza and Kugandrie Govender have brought the organisation to its knees.

Trust is not going to be rebuilt by laying institutional failures at the feet of individuals such as Boucher. Which is not to say that Boucher is entirely blameless, either. It is simply to suggest that the search for scapegoats is a mask for a deeper institutional malaise. Trust needs to be built from the bottom up.

As an example, during Ntsebeza’s hearings, Max Jordaan, the CSA’s head of transformation, made a submission in which he reluctantly admitted that transformation at the CSA had been a conspicuous failure.

As acts of brazen ventriloquism go, this one has to be up there with the best of them. For if the head of transformation says that transformation – one of the key pillars of the CSA’s very existence – has been a failure, then it means that he has failed utterly in his professional duties.

Apparently Jordaan is still in his job, while Boucher is fighting for his. We can only hope that the grubby hunt for witches hasn’t got around to Jordaan just yet. DM168