Some schools reopen in Indian state after hijab dispute

Some schools reopen in Indian state after hijab dispute 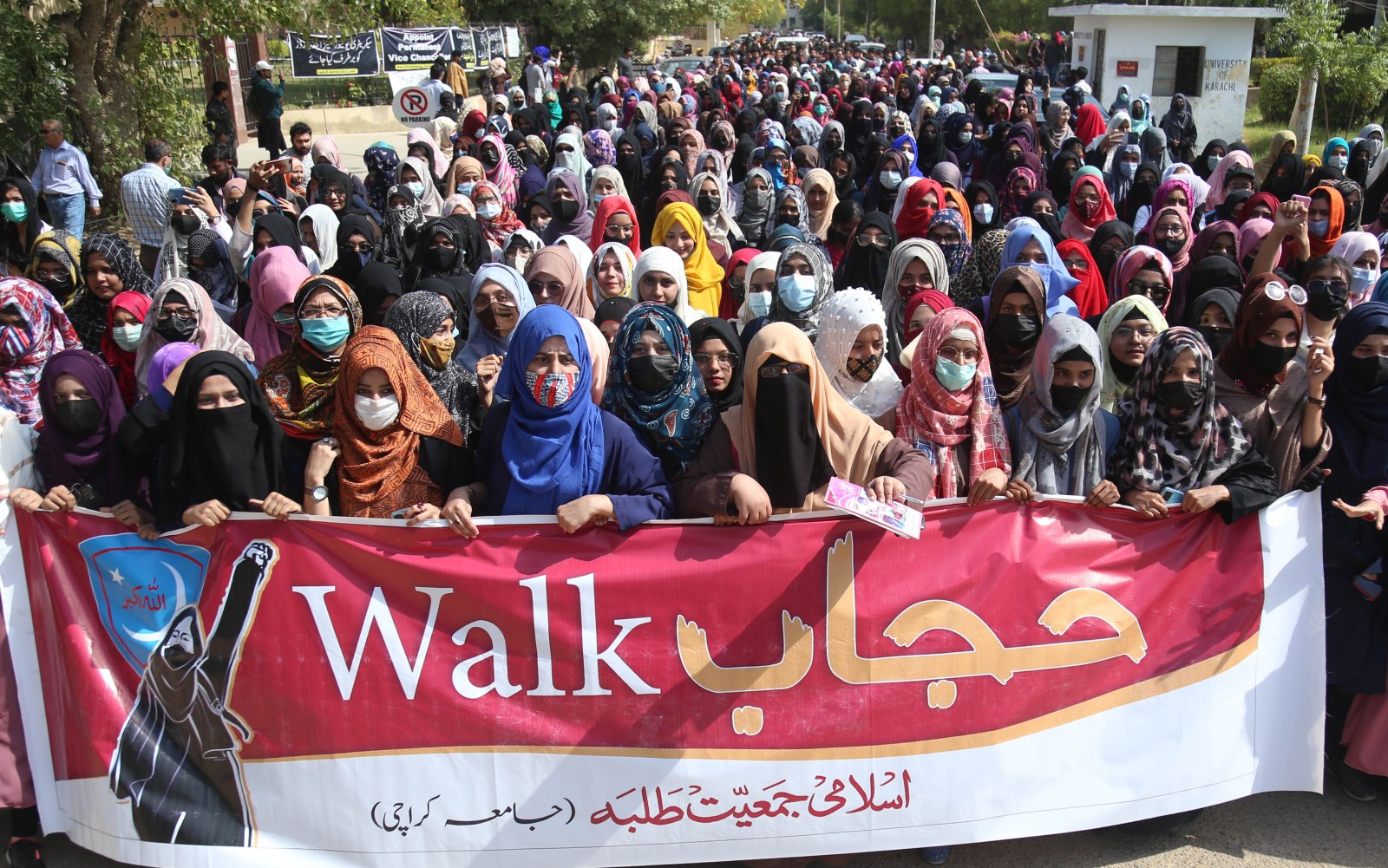 epa09755258 Students from Karachi University shout slogans against India after a Muslim girl in the state of Karnataka was denied entry to college for defying the state's hijab ban, in Karachi, Pakistan, 14 February 2022. A video showing young Muslim woman Muskan Khan standing up to a mob of Hindu students bullying her for wearing the hijab outside a college in Karnataka, was widely shared with messages of support as she became a symbol of the struggle of India's religious minorities, raising international awareness on the controversial hijab ban by the southern Indian state. EPA-EFE/SHAHZAIB AKBER

UDUPI, India, Feb 14 (Reuters) - Some schools reopened in the Indian state of Karnataka on Monday after closing last week when protests erupted over students being barred from wearing the hijab in class.

The issue, widely seen by India’s Muslim minority community as a bid to sideline it by authorities in a Hindu-dominated nation, comes as Prime Minister Narendra Modi’s Bharatiya Janata Party (BJP) prepares for elections in key states.

Police stood guard as students in pink uniforms, about a dozen wearing the hijab, entered a government girl’s school where the issue first flared in the southern Indian state’s district of Udupi, about 400 km (250 miles) from the tech hub of Bengaluru.

Authorities have banned gatherings of more than five people within 200 metres of educational institutions in the area, as classes from primary to high school began. Colleges remain shut.

A court in the state last week told students not to wear any religious clothing – ranging from saffron shawls, worn by some Hindus, to headscarves – in classrooms until further notice.

Devadatt Kamat, a lawyer in the case, said in an online hearing on Monday that his clients had been covering their heads in class since joining school. They were mainly seeking permission to keep wearing headscarves in the colours of school uniforms, he said.

Last week some schools refused entry to girls and women wearing the hijab, citing a Feb. 5 order on uniforms by the state, ruled by Modi’s party.

Modi’s party derives its support mainly from the majority Hindu community, which makes up about 80% of India’s population of roughly 1.4 billion, while Muslims account for about 13%.

Ayesha Imthiaz, a student in Udupi, said it was humiliating to be asked to take off the hijab before class.

An official in the coastal district, Pradeep Kurudekar S, told reporters authorities would wait for further orders from the government to resume all classes.