Proteas are raring to go against the Black Caps after C... 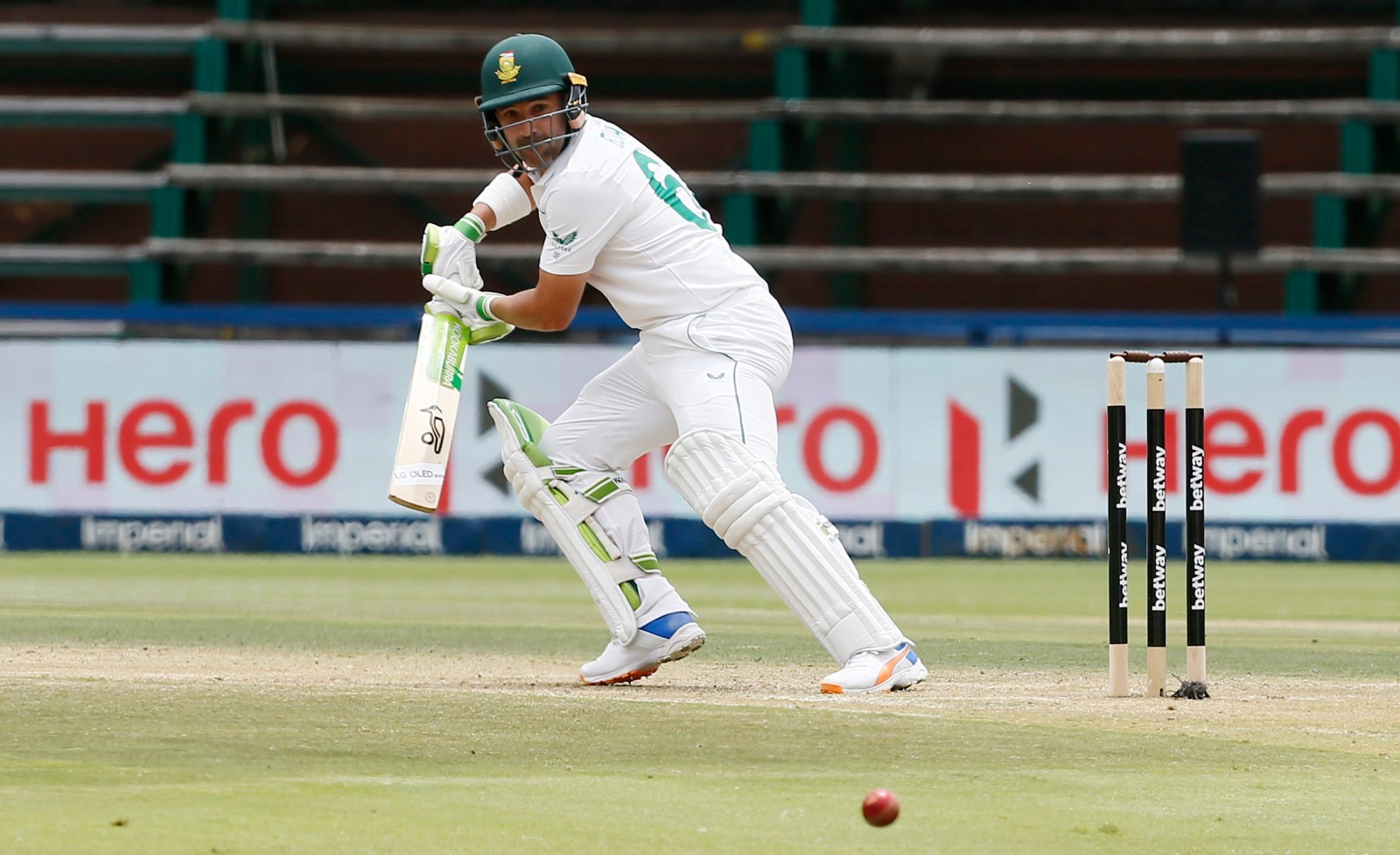 Dean Elgar of South Africa batting during the second day of the 2nd Test cricket match between South Africa and India at the Wanderers stadium in Johannesburg, South Africa, last month.(Photo: Felix Dlangamandla)

The cricket players will complete their Covid-19 quarantine early next week and can begin their final preparations to take on World Test Champions New Zealand in Christchurch.

South Africa Test skipper Dean Elgar has been saved from “climbing the walls” in his Christchurch hotel room thanks to limited, but vitally important, visits to the gym and a training oval at Lincoln University.

The Proteas have been stationed in the South Island city since 5 February. They will only be allowed to venture out of their managed isolation and quarantine (MIQ) facility on 14 February if there are no positive Covid-19 cases in the coming days.

The first Test starts on 17 February at the Hagley Oval and, although the team have had access to nets and training facilities, Elgar was taken aback by the severity of New Zealand’s MIQs.

“In New Zealand they have very strict rules and regulations around MIQ,” Elgar, sporting a new beard, told the media this week.

“We have had isolation [periods] in Pakistan and the West Indies, which wasn’t too long, but in New Zealand it is 10 days. I think we are on day six or seven at the moment and this one is very strict.”

It took three days of isolation before the squad was allowed to gather in small groups after negative Covid tests, which was a relief for Elgar and the team.

They were able to start practising, working towards what will be a tough series against a quality seam bowling attack and a formidable batting unit. There are no illusions from anyone in the Proteas camp about the size of the task on the field, although just staying sane in a tough lockdown was the priority in week one on tour.

“As time has gone on, we have all returned negative after three occasions when we have tested,” Elgar said. “Now that we have tested negative on three separate occasions, we are allowed to go out of the hotel and train as a group but once we return to MIQ hotel we go straight back into our rooms.

“There is still no mingling among the players at the hotel. We are still confined to our rooms and with that it is a little bit tougher for the guys, but we do have the luxury to go and use their gym facilities in the morning.

“It would be impossible to get guys to tour here if they’re in quarantine for 10 straight days without leaving their room. That’s like jail. We’ve been treated well with regards to what we asked for.

“When the cricketing bodies work with government, they can definitely make it manageable, and they’ve tried their best to make things bearable for us because it would be tough doing nothing for 10 days.

“It’s not easy and if I wasn’t doing anything, I’d be climbing up the wall and jumping off the balcony, but the conversations have been had to make things easier.

“We’ve got allocated times where we can use the gym and we do have a training schedule that we are allowed to fulfil as a group. I don’t think you can prepare for this.

“It would be impossible to get guys to come on tour if you are doing 10 days where you can’t leave your room and you don’t have the opportunity to go outside, get some fresh air or get some practice and gym.”

The Proteas are no strangers to bubble life but, even though New Zealand has had relatively low Covid numbers, it is experiencing its worst spike since the pandemic began.

Moana Pasifika were due to play the Blues at Forsyth Barr Stadium in Dunedin next week, in their opening match of a new version of Super Rugby. But the outbreak within the camp means it will be rescheduled.

It serves to underline that the Proteas series against the Black Caps is on a knife’s edge as cases surge in New Zealand.

If it’s unsettling, Elgar wasn’t showing it, preferring to focus on the cricketing challenges that New Zealand will present.

For the Proteas, it has been far from ideal preparation for a two-match series against the World Test Champions at a venue where they have won seven of nine Tests and only lost once.

Almost all of those victories were constructed around their own impressive seam bowling unit at the Hagley Oval, where Trent Boult took 53 wickets at 21.09.

As an opening batter Elgar knows his skill, character and courage will face a brutal examination. But as captain of a team with a seam bowling unit of Kagiso Rabada, Lungi Ngidi and Marco Jansen, who took 54 wickets between them in three Tests against India, he is hoping the pitch plays true to form.

There was a little positive news for the Proteas in that New Zealand captain Kane Williamson, one of the world’s leading batters, won’t play in the series owing to an elbow injury. And Boult is also likely to miss the first Test because of the birth of his first child.

Conversely, South Africa are without No 3 batter Keegan Petersen, who was unable to travel after a positive Covid test, and fast bowler Anrich Nortje, who is injured.

New Zealand have never won a series against South Africa. The Proteas have won 12 of the 15 series, with three draws. They last clashed in a Test in 2017 and much has changed in South Africa’s set-up since then. Only Elgar, Rabada and batter Temba Bavuma survive from that meeting.

After prevailing over India at home, Elgar was naturally confident that his side could pull another surprise over the Kiwis. The Proteas tamed India’s highly rated seam attack in the second innings of both the second and third Tests of that compelling series, which edged them over the line. The batting unit will have to do something similar again to give the bowlers an opportunity to secure victory.

“I say this with a lot of respect, but the New Zealand attack is a little down on pace compared with the Indian attack,” Elgar said.

“In saying that, they execute their skills perfectly in their conditions. We know they are going to come out all guns blazing and so are we,” he said.

“The rivalry is pretty deep. They play cricket pretty similarly to us. They are extremely proud, extremely passionate and their bowlers are quality.

“We are aware of their ability. We respect that. And it’s going to be a great test for us to match ourselves and compare ourselves with a team that’s playing at their peak.

“It’s disappointing we don’t get to play against New Zealand a lot, because I’ve loved the series I’ve been part of. They’re fierce competitors, just like South Africans.” DM168