Portraits of Lives Lost: The file said ‘deceased’, that’s how I found out that Terence was dead 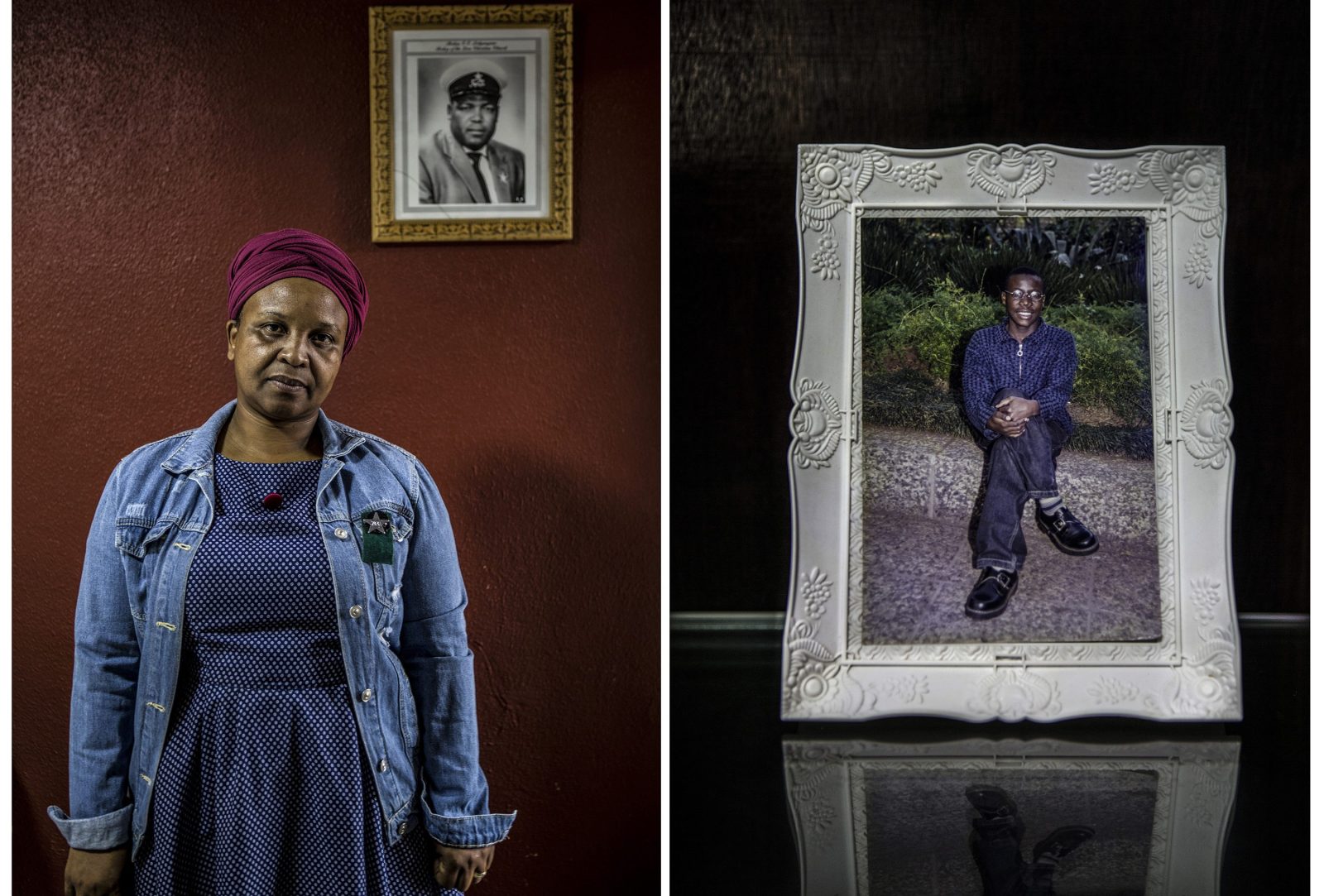 The photo above of Terence Chaba sits on a table in the front room. Suzen Phoshoko smiles when she looks at it.

“Terence loved clothes. He loved to dress well,” she says.

Terence was Suzen’s beloved nephew. After her older sister Rose died, Suzen became Terence’s guardian. Terence needed special care and so he stayed at Life Esidimeni Randfontein. But he often came on weekends and during holidays to stay with Suzen and her family.

“His favourite activity was to go shopping with my husband,” Suzen remembers. “They had the best relationship. They would shop and buy Terence new jeans! I don’t know how many pairs of jeans he had!”

One day Suzen was called to a meeting at Pretoria West Hospital. It was about Terence. She packed some fruit and tasty treats and she and her cousin made their way to the hospital.

While they were sitting in the waiting room, Suzen’s cousin noticed some files on the table. She leaned forward to look more closely.

“Suzen,” she whispered. “Do you see this file has Terence’s name on it?” She opened it.

“That is how I found out that Terence was dead,” Suzen says. “He had been there a month before and they didn’t tell us.”

Terence Chaba died at Precious Angels. He had been moved from Randfontein, without Suzen knowing. And he died within 10 weeks of being there. He was 28 years old. DM/MC

The series of weekly portraits of those who died in the Life Esidimeni tragedy and the stories of the loved ones left behind are also available on the website. www.lifeesidimeni.org.za