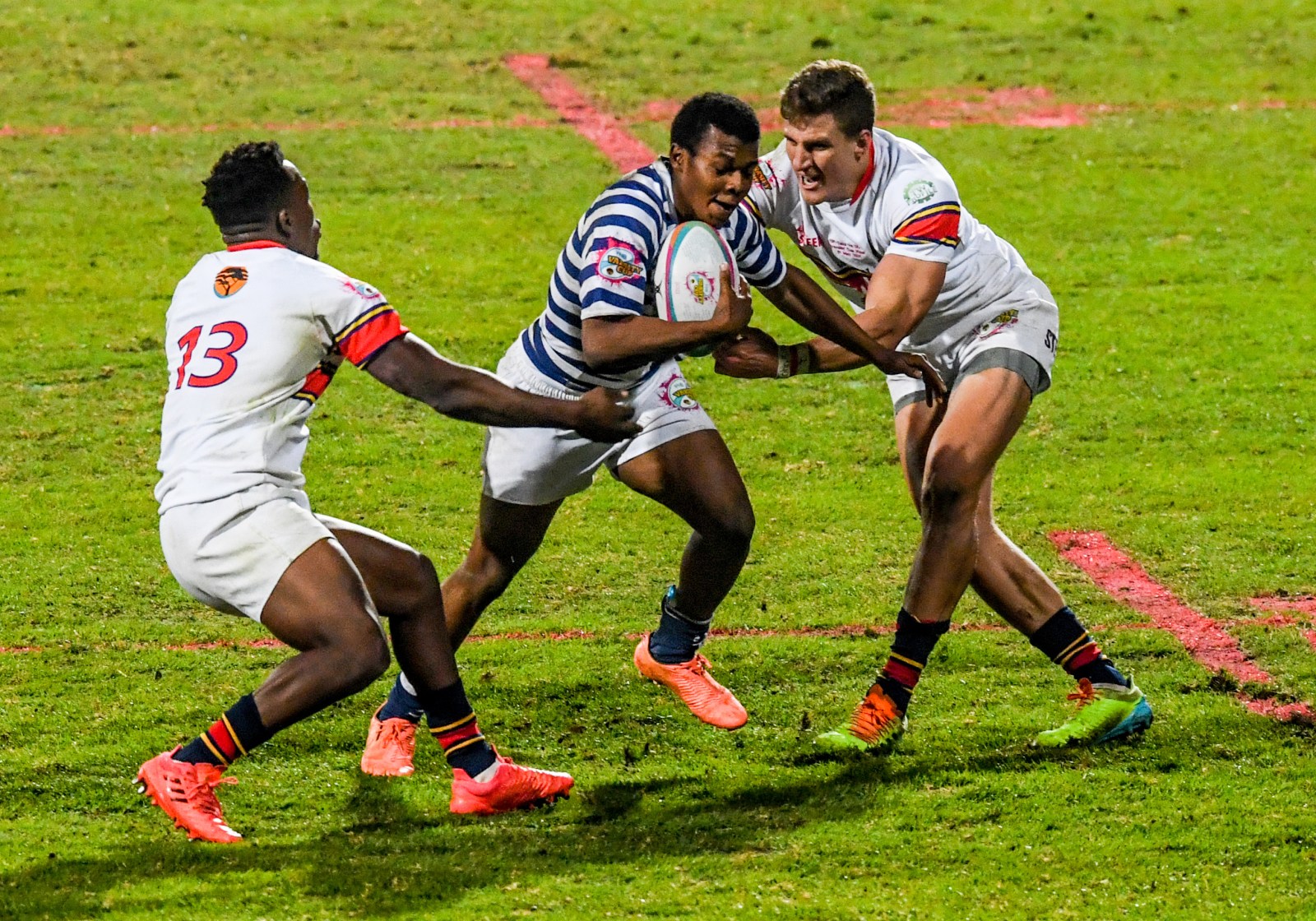 The Varsity Cup recently launched its SpeakUp campaign. The tournament will run from 14 February to 25 April, and the organisers are looking to use it to raise awareness around mental health.

The Covid-19 pandemic and the resultant restrictions have pushed professional athletes to the limit over the past two years. Many have highlighted the challenges, with some opting out of big tournaments staged in stringent bio-bubble conditions for the sake of their mental wellbeing.

Even now, as restrictions ease and fans return to stadiums around South Africa, there is good reason to acknowledge the challenges these athletes have faced in recent times, as well as the broader issues with which some continue to wrestle.

Those who have juggled their studies as well as a burgeoning rugby career, for example, present an interesting case study.

The Varsity Cup recently launched its SpeakUp campaign. The tournament will run from 14 February to 25 April, and the organisers are looking to use it to raise awareness around mental health.

The winner of each Player of the Match award will wear a pair of pink shorts in the following fixture to draw attention to this cause. Every time a home team scores a try during the designated power play, Varsity Cup will donate R1,000 to the iThemba Foundation, an organisation tasked with raising awareness around mental health in South Africa.

The coaches and players at universities are doing their part to tackle the issues – and indeed the stigma – around mental health. Attitudes are changing, as is rugby culture at large.

The extraordinary demands of the 2021 tournament, where the players had to spend up to two weeks at a time in a bio-bubble  and play up to three matches in a seven-day window, will not be repeated.

The 2022 season will witness a return to more traditional home and away fixtures, as well as a limited number of fans at the grounds on match days. The challenges around mental health continue, however.

Jonathan Mokuena, the former South Africa sevens captain who now coaches at the University of Johannesburg, speaks passionately about the subject.

“As a nation, we should be focusing on mental health a lot more,” Mokuena says. “The Varsity Cup has been responsible for some great campaigns in the past, but this could be their most important campaign yet. I don’t think a lot of people realise how much this feeds into performance in pro sport.”

Tom Dawson-Squibb is a qualified psychologist, and serves as the University of Cape Town head coach as well as the Stormers de facto mental coach. Dawson-Squibb is also one of the local game’s biggest advocates for mental wellbeing.

“It’s something you have to monitor constantly,” he says, when asked about the challenges facing the Varsity Cup players.

“These guys are managing degrees as well as rugby careers. They may feel that there is a lot of pressure on them to perform across the board.”

Will the players speak out if they’re in trouble, though? In the past, players have been too scared to reveal their problems for fear of being labelled weak by their coaches, teammates or even by the community at large.

The culture is changing, though. André Pretorius, the former Bok flyhalf who now coaches the North-West University (NWU) Eagles, believes that the game will benefit from a shift in attitude.

“The problem with men and issues like these is that the egos tend to get in the way,” he says. “Men don’t want to show weakness, they don’t want to be judged, and, in the case of rugby, they are worried that it will impact on their chances of selection.

“At NWU, we place an emphasis on building relationships early in the season, and appointing mentors to help the younger players in particular. The players have to be honest enough to speak out, but the coaches also have to create an environment where the players feel comfortable enough to come to them with a problem,” Pretorius says.

“From there, the coach has to find a solution. It isn’t a one-size-fits-all approach, but varies from individual to individual.”

David Manuel, who played and coached at the Blue Bulls before taking up the position as coach at Nelson Mandela University, echoes these sentiments.

“Society puts pressure on men to be unbreakable, to equate vulnerability with weakness. That’s why so few men talk about their problems,” he says.

“Coaches have a key role to play in this respect. It can’t all be about the physical, tactical and technical aspects of rugby, because you are dealing with human beings. You have to put the message out there that it’s okay to be vulnerable.”

Paul Treu, the former Blitzboks coach who now heads up the rugby programme at the University of the Western Cape, points out that there are other stressors that can threaten the players’ wellbeing.

“The Covid-19 pandemic has challenged people like never before,” he says. “A lot of our players’ parents have lost their jobs as a result of it. Some of the players are struggling to find the money to study or even to travel to practices.

“We have to look after these players from a mental point of view, otherwise they will battle to perform on the field. Our chairman Nick Kock has a foundation that has offered a lot of support in terms of mental wellbeing and nutrition. You have to take a holistic approach in this situation if you want to get the best out of the players.”

University of Witwatersrand coach Hugo van As believes that the unique challenges faced by the players over the past two years need to be taken into account.

“The Covid-19 pandemic has forced everyone to address the issue of mental health a bit more, as there have been consequences like people losing jobs or taking pay cuts. This is the reality we live in – and we can’t shy away from it.

“We have a life coach at Wits who helps the players with their issues. For a long time, we’ve believed that this was an important investment. We are committed to making a difference in these individuals’ lives. It’s easy to help a player to improve on the field. It’s a lot harder to help them with the off-field issues – but it is very important.”

Nico Luus, who guided the University of Pretoria to the Varsity Cup title last season, praised mental coach and former Davis Cup tennis player John-Laffnie de Jager for the effect he’s had on the players.

“I think it’s one of the reasons for our success,” Luus says. “John will continue to work with the team going forward, and we hope that we will reap the benefits.”

“Mental health is massive,” says Braam van Straaten, the former Southern Kings coach who is now with the Central University of Technology (CUT). “We have to handle every individual differently, as they all experience different challenges.

“I feel like we have a family-oriented environment here at CUT, and that players are honest enough to come forward with their problems. We are here to support the players and offer solutions. It’s not all about rugby, we are trying to guide and inspire these young men to build a better life for themselves,” Van Straaten says.

Former Bok Norman Jordaan, who will take charge of the University of Stellenbosch rugby this year, emphasised the responsibility of the coaches and senior players.

“In addition to many team-building exercises, we ensured that the players took some time to sit down and talk to the group about these issues,” he says.

“They spoke about their lives and their problems away from the rugby field. By the end of those sessions, you could feel that something had changed, and that there was more trust among the guys than before.

“It also set the tone for the season. The players realise that it’s okay to be vulnerable and open about the challenges they face.” DM168