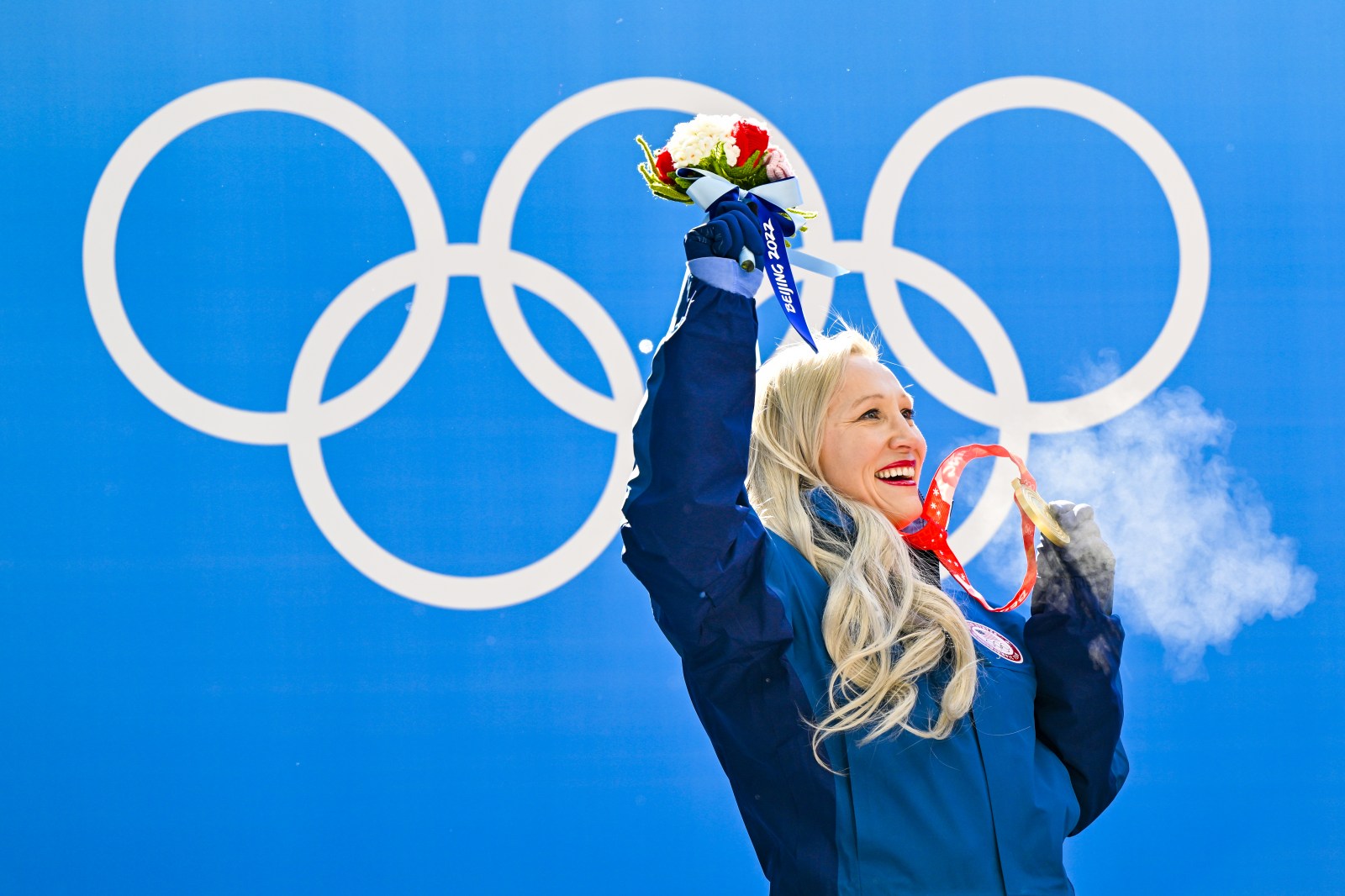 YANQING, China, Feb 14 (Reuters) - Canadian-born Kaillie Humphries won the first-ever Olympic gold in the monobob on Monday as an American, leaving rivals behind over four unmatched runs that underlined her status as one of the sport's true powerhouses.

It was not even close as the 36-year-old “blonde bomber” racked up four runs with a total time of 4:19:27 under azure skies in the snow-blanketed hills of Yanqing, 74 km (46 miles) north of the capital.

Her team mate, Elana Mayers Taylor, and Canada’s Christine de Bruin were left in a scrap for silver and bronze.

Mayers Taylor finished 1.54 seconds behind Humphries and the Canadian was 1.76 seconds behind the reigning monobob World Series and two-woman bobsleigh World Cup champion.

In the women-only monobob, a new event at the Games, drivers push a 130-kg (286 lb) sled as fast as they can before jumping in and barrelling down an icetrack at speeds up to 120 kph (75 mph).

Though less weight means it travels slightly slower than the two-person bobsleigh, it tests all the driver’s skill as the sole sprinter and driver.

For Humphries, it is her fourth Olympic medal – she won bronze in Pyeongchang four years ago in the two-woman and golds in the same event in Sochi and Vancouver.

But she wins this time as a member of the U.S. team – Humphries switched teams and citizenship from Canada after filing a harassment complaint against Bobsleigh Canada in 2018.

“This one does feel more emotional for me,” she told reporters after the race.

Mayers Taylor’s silver was particularly impressive given the 37-year-old mother of a toddler had tested positive for Covid-19 upon arrival in Beijing and was in isolation until Feb. 9.

“I was at one point just trying to make it to the race, so to be here now as a silver medalist, it feels so amazing,” she told reporters after the race.

She was ecstatic at the finish line, receiving one of the loudest cheers heard at the Yanqing National Sliding Centre, where the crowd has been relatively small due to Covid-19 restrictions.

After Humphries’ final run, the pair rushed to embrace, draped in American flags.

It is the first sliding event in these Games in which Germany did not take the gold, with Laura Nolte finishing fourth.

Colder conditions likely played a part, with a drop of around ten degrees Celcius compared with training.

“It was more slippery and a little bit faster, but we knew that,” a tearful Nolte said. “I was prepared for it.”

Fourteeen of the 20 competitors are also racing in the 2-woman bobsleigh starting on Friday.

“It means that I have a really good understanding of the track and with Buj (Kristen Bujnowski) my brakewoman behind me, we have a very competitive push,” said bronze-winning de Bruin.

“Put the two together and we should have a great result.”