DStv Premiership: Teams in scrap for survival as they p...

DStv Premiership: Teams in scrap for survival as they pursue Sundowns 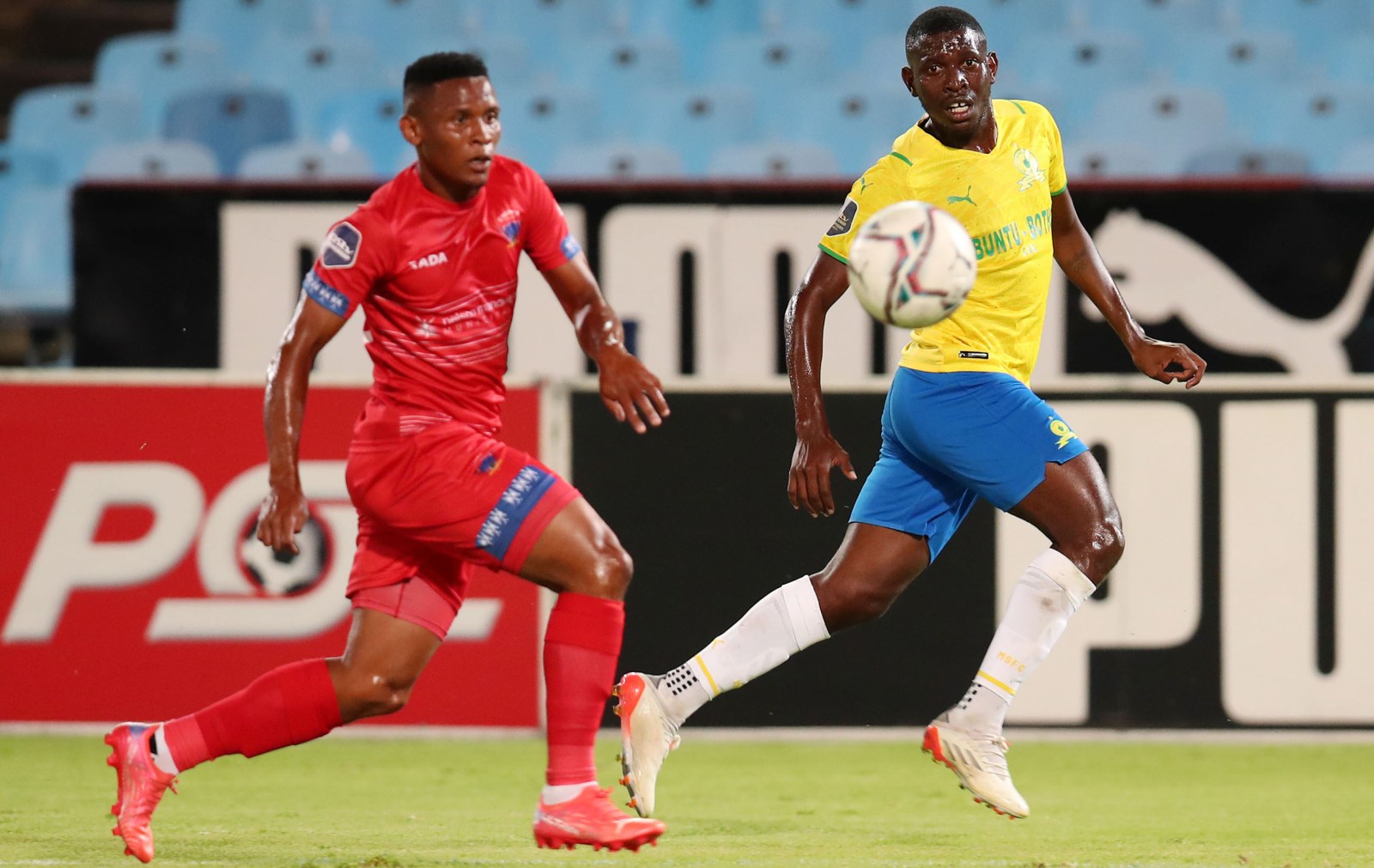 Now that the Premier Division has passed the halfway point for most teams, coaches are hoping for nothing less than a miracle to help them catch Masandawana.

Following a lengthy hiatus for the league that dates back to 23 December last year, the second stanza of the DStv Premiership commenced this week with Mamelodi Sundowns stretching their lead at the top of the table to 17 points after an efficient 2-0 win over the struggling Chippa United.

The rest of the teams are set to kick off their second halves of the season in fixtures that will be played between 14 and 16 February. With their recalibrated and readjusted ambitions for the remainder of the season, each of them will be hopeful of a start much like that of Sundowns, who are in pursuit of a fifth league crown on the trot.

Already boasting the most formidable squad in the league, rich in quality and depth, Masandawana added to their ranks during the January transfer window.

The Tshwane giants were quick off the mark, fending off competitors to sign highly sought-after Supersport United and Bafana Bafana midfielder Teboho Mokoena.

The new acquisitions are not only set to help Masandawana maintain their stranglehold on the Premiership, but also to assist their bid to reclaim the Caf Champions League crown, which they held for the first and so far only time in 2016.

Some of the teams expected to challenge Sundowns for the league this season have already thrown in the towel, as evidenced by the words of Orlando Pirates co-coach Mandla Ncikazi at a recent media engagement.

“It will be a miracle for any team to bridge a gap of 14 points against Sundowns. It’s only Sundowns who can take the league out of the cabinet for competition,” Ncikazi remarked on Sundowns’ dominance and consistency.

With the league seemingly out of reach, Pirates will push to finish as close as possible behind Sundowns. A second-place finish guarantees a team Champions League football. In pursuit of this slot, Pirates face stiff competition from the likes of Stellenbosch, Kaizer Chiefs, AmaZulu, Supersport United, Royal AM and Sekhukhune United.

So tight is the race for second place that the gap between currently second-place Pirates and eighth-place Sekhukhune is only five points. To make matters even more interesting, Babina Noko have played two games less than the 19 played by the Buccaneers so far.

Sides such as Cape Town City and Golden Arrows, meanwhile, are not far off the top eight, which guarantees teams a slot in the curtain-raising MTN8 Cup. Having played 16 games apiece, both teams have a realistic chance of slipping into the top eight come the end of the season.

One team in particular that will be hoping for a better time of it in 2022 than they had in 2021 is the Capetonian outfit, City. The Eric Tinkler-coached side has finished in the top eight in every season, going back to the 2016/2017 season.

If they are to maintain that impressive streak, the team needs to drastically improve in the second half of the season. Having lost nine games last season, and 10 the season before, the Citizens have already lost five from their 16 games thus far.

To compound their troubles, the Capetonians lost two vital cogs of the team during the most recent transfer period – Ralani joined Sundowns and their star forward Fagrie Lakay was lured by Egyptian Premier League outfit Pyramids.

“It’s a massive loss. You’ve got to understand that the Fagrie deal came very late and unexpected[ly], but the offer that was made was a very massive offer. We threw figures at them that we thought that they would turn down. We were shocked when they accepted those figures,” Soccer Laduma quoted Tinkler as saying.

“And obviously the player himself, in terms of bettering his contract and the money he is going to earn, is something we could never match as a club. It’s obviously a loss, but, for him, it’s an opportunity,” he said.

“I think he is financially set up for the next three or four years of his life. We are happy for Fagrie and that’s one thing about Cape Town City – we never stand in the way of the future of our players.”

City have since recruited Venezuelan Darwin Gonzales to bridge the gaps left by the departures of Ralani and Lakay. The Citizens have also signed Mogamat May from Hanover Park in the ABC Motsepe League, as well as promising 20-year-old Cameroonian midfielder Brice Ambina.

Gonzales “has pace and creativity, very similar to what Ralani gave us, but he also has the ability to score goals”, Tinkler said. “He can play either out wide or as a striker, so he gives us a lot of options in attack.”

At the wrong end of the table, teams such as Chippa United, Maritzburg United, Swallows, Baroka and the bottom-placed TS Galaxy will be keen to start picking up crucial points to aid their survival bids when the league resumes.

The gap between Galaxy in the basement, and Chippa, who are 12th and on 16 points, is only three points. The latter has played one game more than the former.

Baroka hoped their fortunes would change when they brought back their charismatic former coach Kgoloko Thobejane to the helm in November 2021. His predecessor Matsimela Thoka was demoted to Baroka’s reserve side, where he took over from Thobejane.

Since Thobejane took over, however, Baroka have only won one match from seven, when they beat Royal AM 1-0 before the league went on an extended break due to the Africa Cup of Nations.

Despite these displays, Baroka’s hierarchy believes Thobejane can lead the Limpopo-based side to safety, come the end of the season.

“I wouldn’t have hired the coach if I didn’t trust him. I have confidence in coach Thobejane. He has all my support. I don’t do favours but I hire competent people… That’s why coach Thobejane is here,” club chairperson Khurishi Mphahlele told Sowetan.

Much like Galaxy, Baroka are on 13 points after 17 games. To ensure survival, they must increase their win ratio significantly from the three they have won thus far. DM168