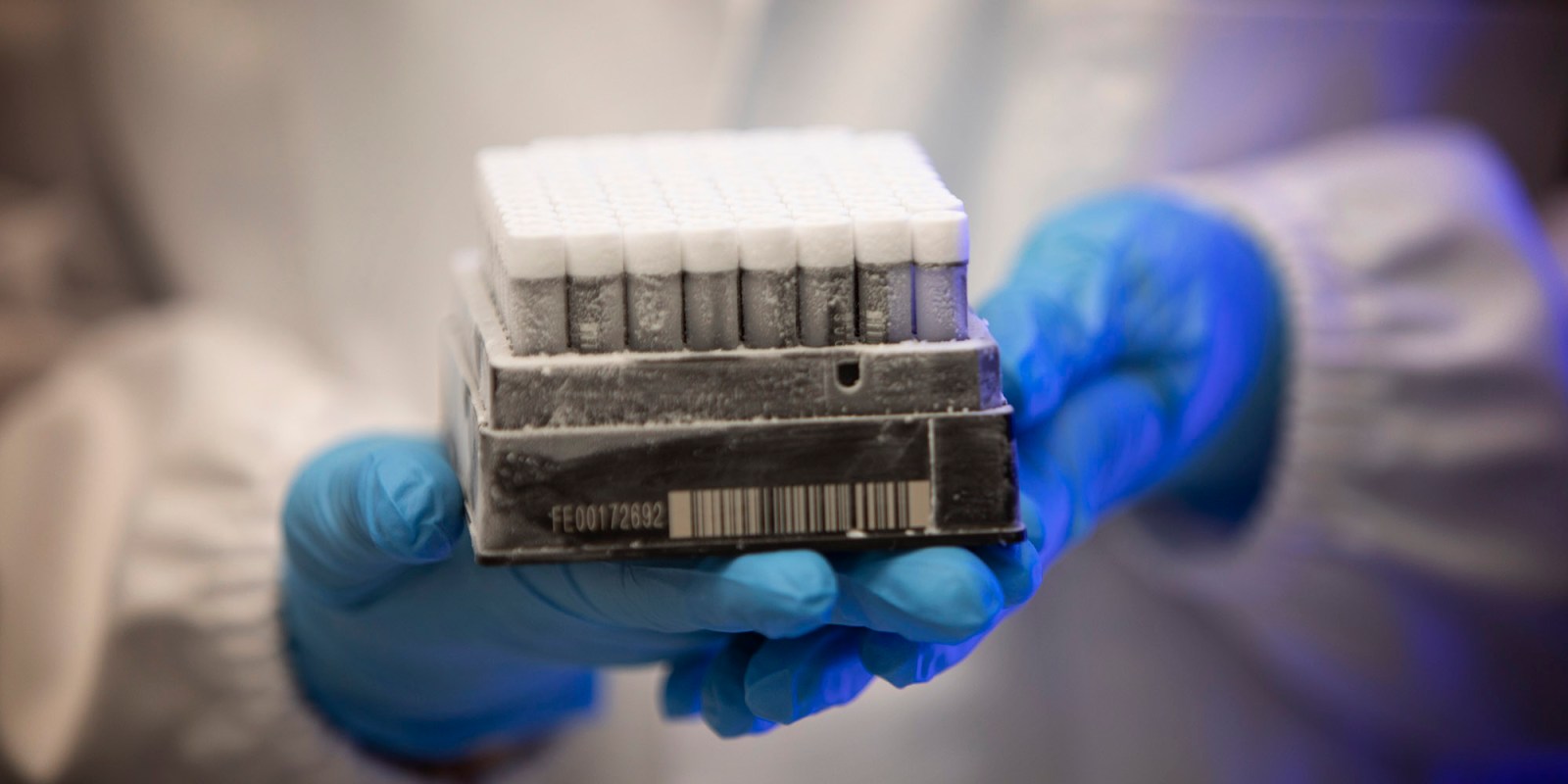 Canadian officials are preparing to open the Ambassador Bridge that links Ontario with the US, clearing the largest trade artery between the two countries after a five-day protest shut it down.

Hong Kong’s health officials warned that the city is facing a “crisis” as a record 2,000 preliminary positive cases threatened to overwhelm hospitals and upend its Covid-zero strategy. The city is turning to mainland China for help. 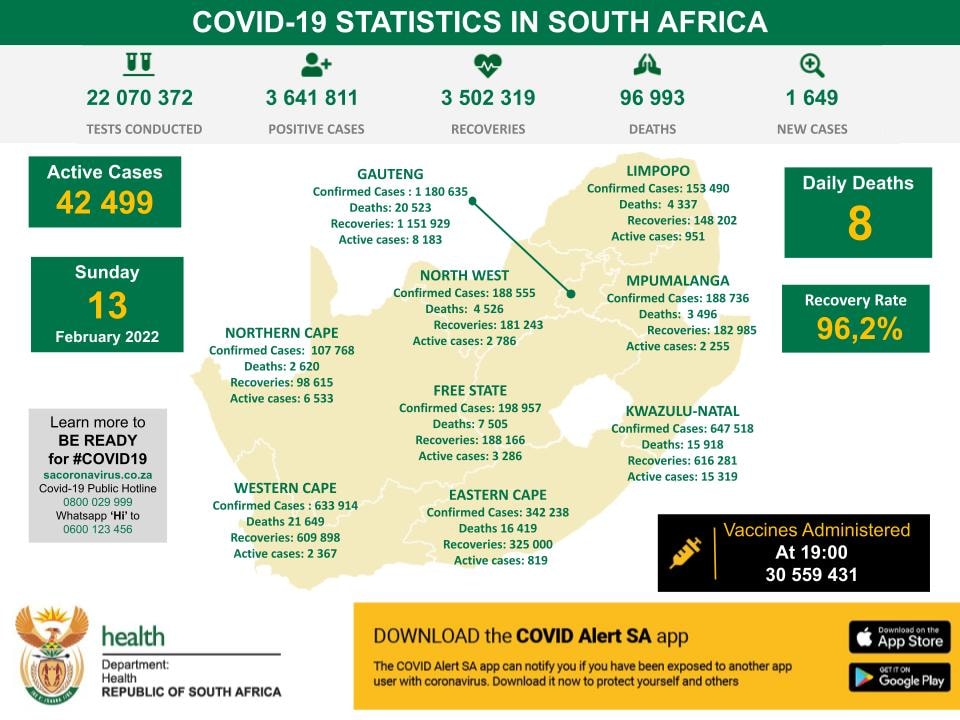 Canadian officials are preparing to open the Ambassador Bridge that links Ontario with the US, clearing the largest trade artery between the two countries after a five-day protest shut it down.

The city’s police and officers from the Province of Ontario and the Royal Canadian Mounted Police slowly and methodically pushed protesters from the foot of the bridge up Huron Church Road, starting on Saturday. With the road cleared, police worked to remove barriers positioned to prevent the protest from growing and to get Canada’s border agency staff to the bridge when it’s ready for traffic.

“Today, our national economic crisis at the Ambassador Bridge came to an end,” Windsor Mayor Drew Dilkens said in a statement. “Border crossings will reopen when it is safe to do so and I defer to police and border agencies to make that determination.”

The prospect of Canada-inspired motor convoy protests spreading from Paris to Brussels has led the Belgian federal police to warn against travelling to the capital by car on Monday. In a tweet on Sunday afternoon, they advised against driving to Brussels and that protesting with vehicles was banned except for one parking spot at an exhibition centre on the outskirts of the city. It came as local and French news reports suggested that around 100 cars would be heading north from Paris to protest against vaccine passports.

Hong Kong’s health officials warned that the city is facing a “crisis” as a record 2,000 preliminary positive cases threatened to overwhelm hospitals and upend its Covid-zero strategy.

Cases have exceeded capacity at Hong Kong’s hospitals, health officials said, adding they will now shift to prioritising care for the elderly and children who test positive. Officials sought Beijing’s support over the weekend on several fronts, including help with analysing virus strains, building isolation facilities and supplying test kits.

The government also warned that supplies of vegetables and chilled poultry would be affected “to a certain extent” after a border transport interchange was suspended after some drivers tested positive.

Gap widens between cases and deaths

The pandemic looks a whole lot different in 2022. Vaccines are working, treatments are advancing and – at least for now – the virus itself seems less intent on killing. The likelihood of surviving Covid-19 is improving around the world.

In the US, there were nearly four times as many positive cases for each death this year when compared with last winter’s peak, according to a new analysis from Bloomberg’s Vaccine Tracker. In the European Union, where more people have been vaccinated, this survival ratio was 11 times higher than last winter.

Even in countries with lower vaccination rates, Covid patients were increasingly likely to recover.

The Bank of China said six of its employees at its Hong Kong branches tested preliminarily positive for the coronavirus, according to a statement.

The branches involved are Wing On House in Central district, Quarry Bay, Olympian City, To Kwa Wan, Castle Peak Road in Cheung Sha Wan and Sheung Shui. The Olympian City branch has been temporarily closed since February 10, and the rest will be shut starting on Monday until further notice, Bank of China said. It also is arranging tests and quarantine for all the workers at these branches.

The Group of 20 finance chiefs meeting in Indonesia will confront a much-altered global economy menaced by widespread inflation, the threat of war, and a legacy of disease.

The scope of the consumer-price shock afflicting many member countries is unprecedented since the group’s foundation at the end of the last century and has been stoked by persistent supply worries and soaring energy costs. Related to that last pressure is military tension with Russia that could yet transform into conflict in Ukraine.

The gathering takes place on Thursday and Friday.

The UK government aims to create a “smaller state” as it shifts policy to adjust to living with the coronavirus, according to a letter in The Telegraph from Prime Minister Boris Johnson’s new chief of staff.

The country has spent £400-billion fighting the pandemic and now wants to step back both financially and “from people’s lives,” Steve Barclay wrote in the letter. The prime minister is due to announce a new strategy after Parliament’s recess this week.

“It’s time to return to a more enabling approach,” Barclay wrote in The Telegraph. “To trust the people, return power to communities and free up business to deliver.”

Vietnam to end curbs on flights

Vietnam’s aviation authorities will lift limits on the number of international flights from February 15, with the actual frequency depending on regulations in other countries and market demand, Tuoi Tre newspaper reported.

Although the frequency of flights will be restored to pre-pandemic levels, passengers are still subject to existing Covid-19 regulations to enter the country, the report said, citing Dinh Viet Son, deputy director of the Civil Aviation Administration of Vietnam.

Hong Kong will shorten the quarantine period for residents and staff of residential care homes for the elderly and those with disabilities because isolation beds will run out in days, the city’s welfare secretary said on his blog on Sunday.

The quarantine period for home-care residents and staff has been cut to seven days from 14 if their test results are negative for Covid-19, according to Secretary for Labour and Welfare Law Chi-kwong. Under current rules, they are kept in isolation at the government’s AsiaWorld-Expo quarantine facility.

China reported two Covid infections among Olympic athletes and team officials arriving at the airport and in the “closed-loop” system on Saturday, according to the Beijing Organising Committee.

Combined Covid infections among people involved with the Beijing Winter Olympics since January 4 rose to 501, according to Bloomberg calculations based on official data released by the Beijing Organising Committee for the Olympics.

South Korea reported a record-high 56,431 new cases on Sunday in a seventh consecutive increase, 288 of which were severe. There were 36 deaths.

The increase came as almost 90% of citizens had two shots of vaccine, with 57% having had a booster. A new limit on test kit purchases came into force on Sunday after prices tripled last week following government directions for people with mild symptoms to stay at home and test and treat themselves.

Japan will consider gradually raising the entry limit on arrivals to 5,000 after it eases border controls for foreign workers and students next month, Japanese media reported, citing government officials.

The details will be finalised as early as this week, and the trend of virus infections and public opinion will to taken into account, the Asahi newspaper cited authorities as saying. The easing of the curbs doesn’t apply to foreign tourists, it said. DM/MC