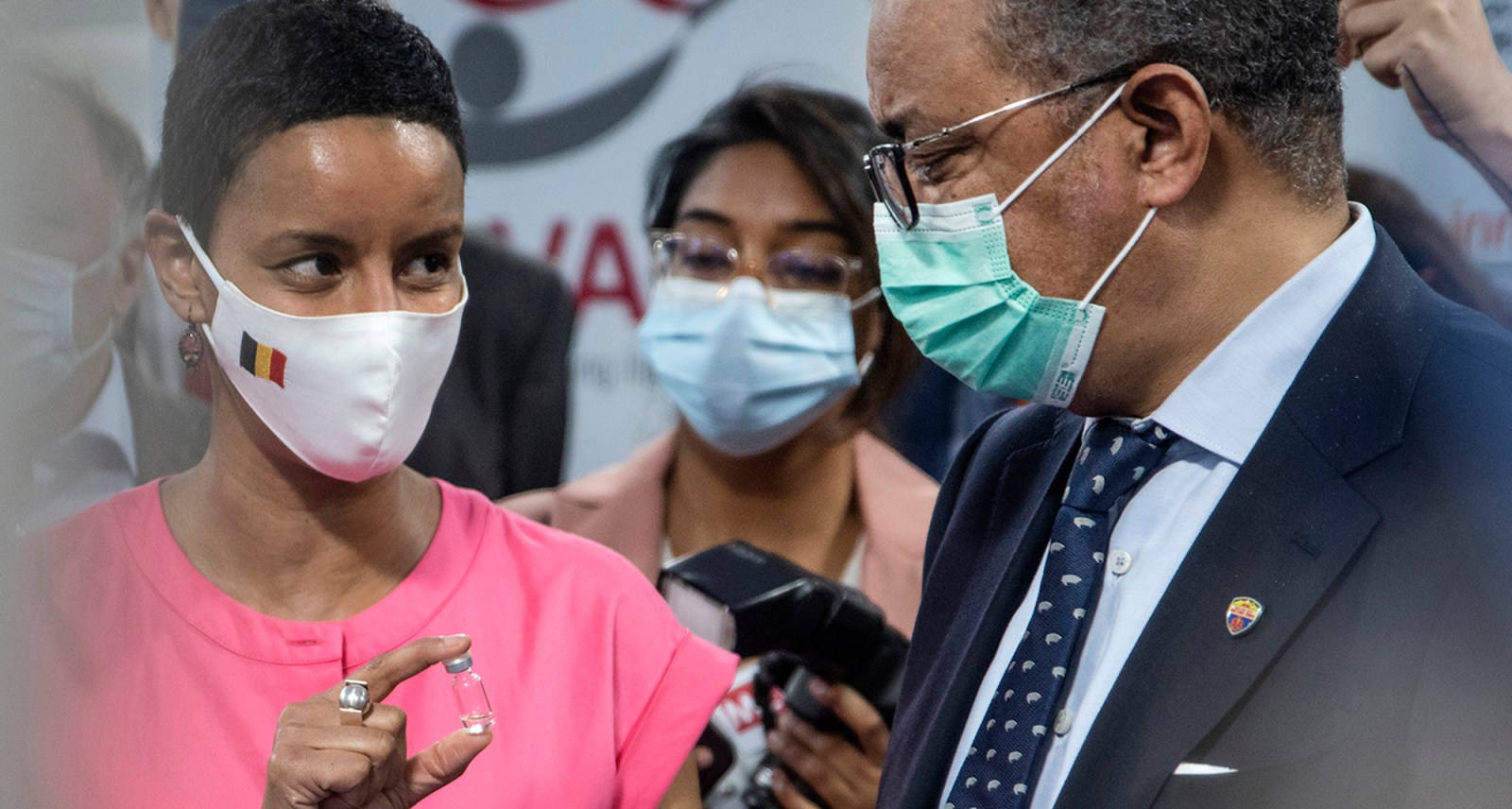 Tedros Ghebreyesus this weekend visited Afrigen Biologics — which has used publicly available data about Moderna’s mRNA Covid-19 vaccine to make its own version — and the Biovac Institute, which will manufacture the vaccine at commercial scale if it passes human trials expected to start before the end of the year.

Even after visiting South Africa’s pioneering first Covid vaccine development project, World Health Organization (WHO) Director-General Tedros Ghebreyesus still believes that major international pharmaceutical companies should be forced to surrender the patent rights over their Covid vaccines and treatments to other manufacturers.

Ghebreyesus this weekend visited Afrigen Biologics — which has used publicly available data about Moderna’s mRNA Covid-19 vaccine to make its own version — and the Biovac Institute, which will manufacture the vaccine at commercial scale if it passes human trials expected to start before the end of the year.

The WHO picked the two Cape Town companies to play the key roles in a consortium, with universities and other partners, including the Africa Centres for Disease Control, to develop and manufacture the first Covid mRNA vaccine in the developing world.

This is the pilot project of a Covid mRNA vaccine technology transfer programme which is designed to make Covid vaccines more accessible to poor and middle-income countries and so overcome what the South African government and others have called “vaccine apartheid” — inequitable distribution of vaccines, mainly due to hoarding by rich countries.

The WHO hoped that major pharmaceutical companies Pfizer, Moderna and BioNTech, which have developed and produced universally used mRNA Covid vaccines, would join the project, but they declined. So instead Afrigen developed its vaccine itself, using data about Moderna’s vaccine which the company had published.

This has left some concerns about whether Moderna might still enforce its patent rights. It has given an undertaking not to do so during the Covid pandemic, but it is not clear what it will do after.

The Afrigen mRNA technology transfer hub project is being supported financially by the European Union, Germany, Belgium, France, Norway and Canada. These countries have seen the project as an alternative to forcing major pharmaceutical companies to relinquish the patents on their Covid medicines free to manufacturers in countries such as South Africa and India.

South Africa and India have been leading a campaign at the WTO for a “Trips waiver” for Covid vaccines and treatments and for a limited period of time, to enable developing countries to close the huge gap in vaccination rates with the rich world.

This would be possible if countries could agree to a waiver of these patents, which are currently protected under the Trade-Related Aspects of Intellectual Property Rights (Trips) agreement under the World Trade Organization (WTO) in Geneva.

South Africa and India have been leading a campaign at the WTO for a “Trips waiver” for Covid vaccines and treatments and for a limited period of time, to enable developing countries to close the huge gap in vaccination rates with the rich world.

Tedros toured Afrigen on Friday and Biovac on Saturday with Belgium’s international development minister, Meryame Kitir. At Biovac, the company’s CEO, Morena Makhoana, explained that the company, founded in 2003 with government support, was already manufacturing a six-in-one vaccine for common childhood diseases and a separate vaccine for childhood pneumonia.

Under an agreement with Pfizer, Biovac was gearing up to fill that company’s Covid vaccines into vials and label them during the third quarter of this year. That included constructing a “freezer farm” to store the vaccines at -70°C. And he said Biovac was preparing to start manufacturing Afrigen’s new vaccine at commercial scale in 2024 if the human trials of the vaccine succeeded.

He described Biovac as one of the spokes in the Afrigen mRNA hub and noted that the WHO and other partners had chosen similar spokes in Brazil and Argentina and would also do so elsewhere in the world.

Tedros was clearly impressed with what he saw, declaring that “the baby is in good hands” and praising Afrigen for developing its vaccine. He said the WHO had chosen South Africa as the first hub in the programme because of the quality of Afrigen and Biovac and the universities involved in the hub, which together formed “a good ecosystem”.

“And because Africa was lagging behind in vaccinating, so putting it in South Africa would also boost production capacity in Africa. But it’s not only about Africa, it’s global. So the hub will be linked via spokes in many other places.

“So this is to boost the production capacity of vaccines globally so what we have been observing will not happen in the future. The lack of equity will not happen. And there will be equitable distribution by addressing the root of the problem, which is global production.”

But Tedros said that in spite of this hub, a waiver of the patent rights of big pharma companies was still needed.

That was because Afrigen and Biovac would not start production of the new vaccine before the end of 2024, nearly three years away. “If you get an intellectual property waiver, it could be done in six to nine months.”

Another reason, he said, was that the Trips waiver had never been tested. If it was not tested in these unprecedented times, in a once-in-century pandemic, then what was the point of it?

He noted that although more than half of the world’s population had been vaccinated, 84% of Africans had yet to receive their first dose.

Belgian Development Minister Kitir saw things differently. At a press conference at Afrigen on Friday, she said the discussion about waiving Trips had been going on at the WTO for two years, without any progress.

And so Belgium had looked for another solution and had found it in the Afrigen hub.

“What we visit today is in my eyes a better solution than the patent waiver because you make the country self-reliant,” she said.

Kitir said Belgium had already donated 11 million vaccines to Covax, the international consortium to provide vaccines for poor and middle-income countries. But that was charity, whereas the Afrigen project was making a more structural change to the inequality in vaccine production. DM