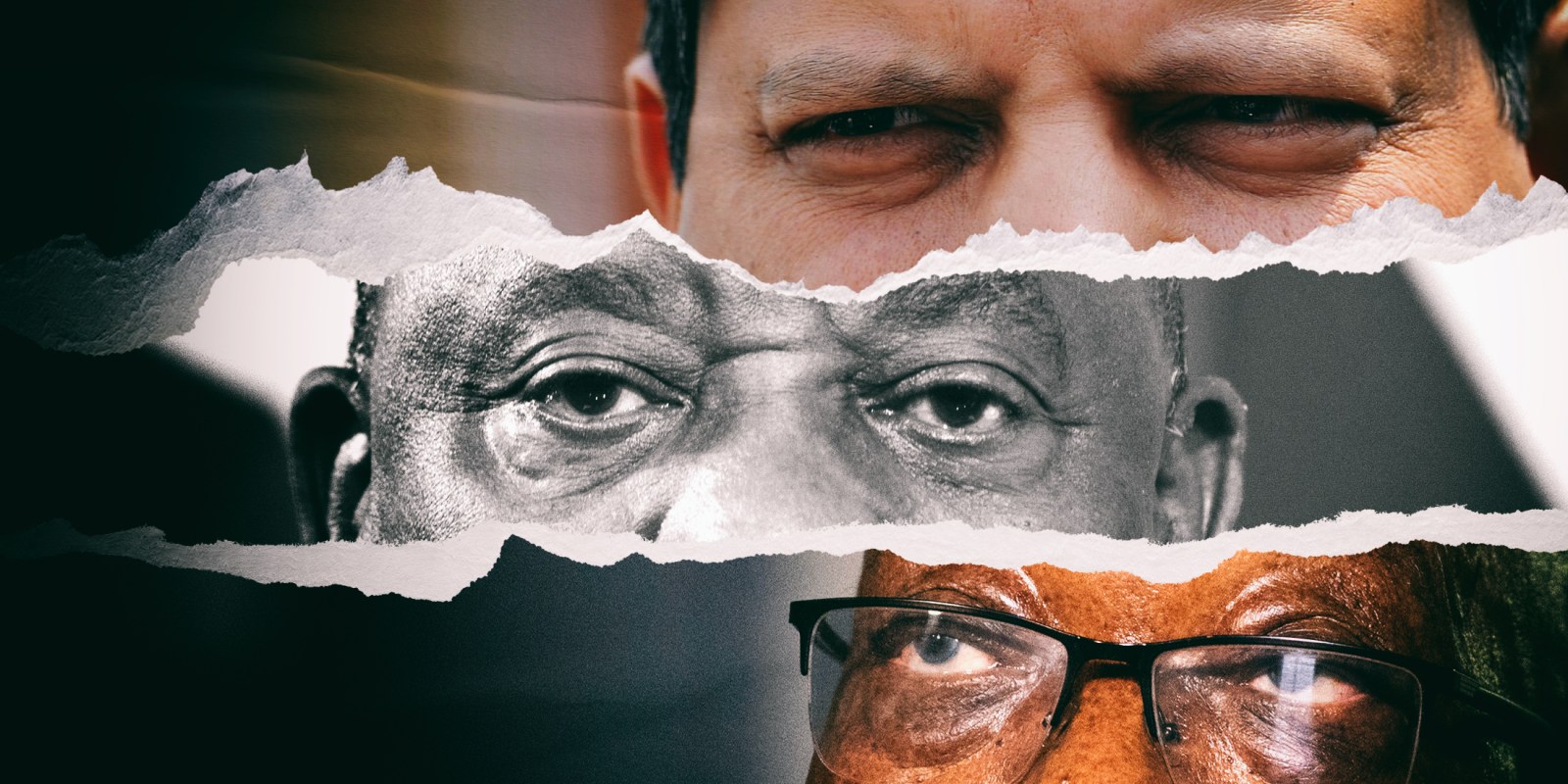 What eludes the writer’s comprehension is the president’s predilection for importing proverbial dung into his Cabinet stable.

According to Greek mythology, the stables of King Augeas had not been cleaned in 30 years, until King Eurystheus ordered Hercules to clean them. Every night the cowherds, goatherds and shepherds drove more than 3,000 animals to the stables. To complicate Hercules’ task, Eurystheus demanded that it be done in a single day.

Hercules brought Augeas’s son along to watch. First, the hero made a big opening in one wall of the cattle yard where the stables were. Then he made another opening in the wall on the opposite side of the yard. Next, he dug wide trenches to the rivers that flowed nearby – the Alpheus and Peneus. That done, he diverted the course of the rivers into the yard. They rushed through the stables, flushing them out, and all the mess flowed out to the other side of the yard. Mission perfectly accomplished!

Circa 2018, Matamela, the son of Ramaphosa, upon being elected First Citizen of Mzansi, made an important announcement, to the enchanting melody of Hugh Masekela’s Thuma Mina (Send Me) song. He let it be known that his arrival at the Presidency would herald a New Dawn for the nation. He was going to clear the dung that had accumulated during the preceding nine years of the Ancien Régime.

In a sure-footed, flawless step, Matamela set the ball rolling by establishing commissions of inquiry into malfeasance at the SA Revenue Service (SARS), the Public Investment Corporation (PIC) and the National Prosecuting Authority (NPA). In 2018, he sent the Mufamadi High-Level Review Panel to investigate corruption reported at the State Security Agency. After the July 2021 civil unrest that rocked KwaZulu-Natal and parts of Gauteng, he again quickly dispatched an expert panel to carry out a thorough investigation. With the exception of the latter, all the hearings took place in the glare of national television and were broadcast to attentive radio audiences across the country.

Leading these investigations were legal eagles: advocates, senior counsel et al; chartered accountants, auditors, forensic and others; data analysts. Scribes tutored in the art of precise report-writing were on hand to compile and collate tomes of testimony generated by investigators, evidence leaders, the presiding chairperson and respondents.

The task was clear and straightforward: to probe the heinous defalcation and thievery that had descended on the nation since the Guptas were given free rein to run their chosen public enterprise institutions. Grown-up men, and a few women in the mix, driven by avarice to betray their oath of office, were summoned to give their accounts before the commissioners. Present, too, were courageous whistle-blowers, some of whom risked life and limb, to testify about what they knew.

The preponderance of African National Congress (ANC) bigwigs in the spotlight spoke to the endemic level of corruption that had taken root in an organisation once revered for the probity of its leaders. Those halcyon days predated the arrival of the hideous Gupta brothers, who introduced “State Capture” into the South African political lexicon. The glorious era was certainly before vile civil servants conspired with suppliers to pillage resources intended to cushion the effects of a deadly pandemic that menaced beleaguered citizens.

Leaders of state-owned companies, many of whom owed their jobs to an ANC deployment office gone insane, also featured prominently in commission hearings as handmaidens and beneficiaries of the looting spree.

Last but not least were gluttonous private-sector bosses who conspired with corrupt public officials to purloin government funds appropriated for the alleviation of the plight of the poor. They accomplished their objective by greasing the palms of state institution accomplices. In this league of ignominy was an assortment of multinationals: management consulting companies, accounting firms, software and information technology companies, public relations agencies and others.

Ramaphosa believes the ANC’s organisational renewal will be achieved with the help of people who simplistically assert that the party should uncritically embark on a nationalisation programme: of the Reserve Bank, insurance, steel, chemical, cement and other companies, and of expropriating land without compensation. So says Carl Niehaus, a shameless reprobate, speaking on behalf of a group who call themselves Radical Economic Transformation forces.

The names McKinsey & Company, Bain & Company, KPMG, SAP and Bell Pottinger loom large in the Zondo Commission’s record of villainy. Regarding commercial banks, the jury is still out as to why it took them so long to close the accounts of the Guptas, who were externalising ill-gotten rands by the millions.

Successively, the commissions finished their work and presented their findings to the president. SARS was sorted out in a jiffy and CEO Edward Kieswetter was quickly put in harness. Shamila Batohi was appointed National Director of Public Prosecutions at the NPA. With Abel Sithole at the head of the PIC, the board instituted a forensic audit on directors, as directed by the inquiry headed by Supreme Court of Appeal Judge Lex Mpati.

The marathon Zondo Commission completed its work after almost 3½ years, on 31 December 2021. It has since handed over to the president two parts of its three-part report, the final one being due in March. With more than R1-billion spent on the commissions, the ground had been prepared for the massive corruption clean-up to begin.

It behoves the president of the republic and the minister of justice and correctional services, in particular, to ensure that the criminal justice system is adequately equipped for the enormous task that lies ahead. To date, looters continue to walk free, while inordinate delays in bringing the suspects to justice are causing despondency. The impression is that there are holy cows and untouchables. This should be dispelled through expeditious and impartial law enforcement.

The ANC should welcome the upcoming prosecutions as a fortuitous leg-up in its own Augean task. Any organisation that prides itself on ethical leadership and revolutionary credentials would act with purpose and determination to remove from its ranks those who are corrupt. Society expects no less. ANC Chairperson Gwede Mantashe should be unambiguous in his articulations on this matter.

Ramaphosa believes the ANC’s organisational renewal will be achieved with the help of people who simplistically assert that the party should uncritically embark on a nationalisation programme: of the Reserve Bank, insurance, steel, chemical, cement and other companies, and of expropriating land without compensation. So says Carl Niehaus, a shameless reprobate, speaking on behalf of a group who call themselves Radical Economic Transformation forces.

They would do well to understand ANC policy on the issue of nationalisation. More importantly, had they shown a modicum of respect for ethical governance, they would have spared the ANC the blight of the avaricious Gupta brothers, at present fugitives in Dubai.

Many people still believe in the president’s commitment to fighting corruption. Not that he would ever be able to clean up the ANC stables by emulating the ingenious Herculean strategy of digging trenches to divert the flow of two parallel rivers through Luthuli House. We do know already from a previous ANC president that Africa is “not separated by a river, [and that] the rivers that are there flow with the continent; they don’t cut it in half or quarter”. (A December 2015 speech.)

What eludes the writer’s comprehension is the president’s predilection for importing proverbial dung into his Cabinet stable. Witness his allocation of ministerial positions to individuals who were already fingered for wrongdoing by the commissions set up by the president himself. Evidence against one such person was that he not once, not twice, but thrice received money from persons representing companies seeking government contracts, or already doing business with the state.

Evidence against another ministerial import was that he was given a bag or a couple of them, with millions of rands taken from the State Security Agency, that he had to illegally hand over to an important personage. Two others admit to having received costly security installations at their homes, for which they paid nary a cent. A few other such individuals can be cited, but these examples suffice. Similarly, there’s no doubt that the president’s fight against gender-based violence would be greatly assisted if he was seen to brook no association with anyone implicated in female abuse.

Whatever constrains the president to act the way he does, he exposes himself to several potential charges: prioritising expediency over principle, favouritism or factionalism, and most damaging, society believing that he lacks the commitment to end the nation’s debilitating crime of corruption. DM