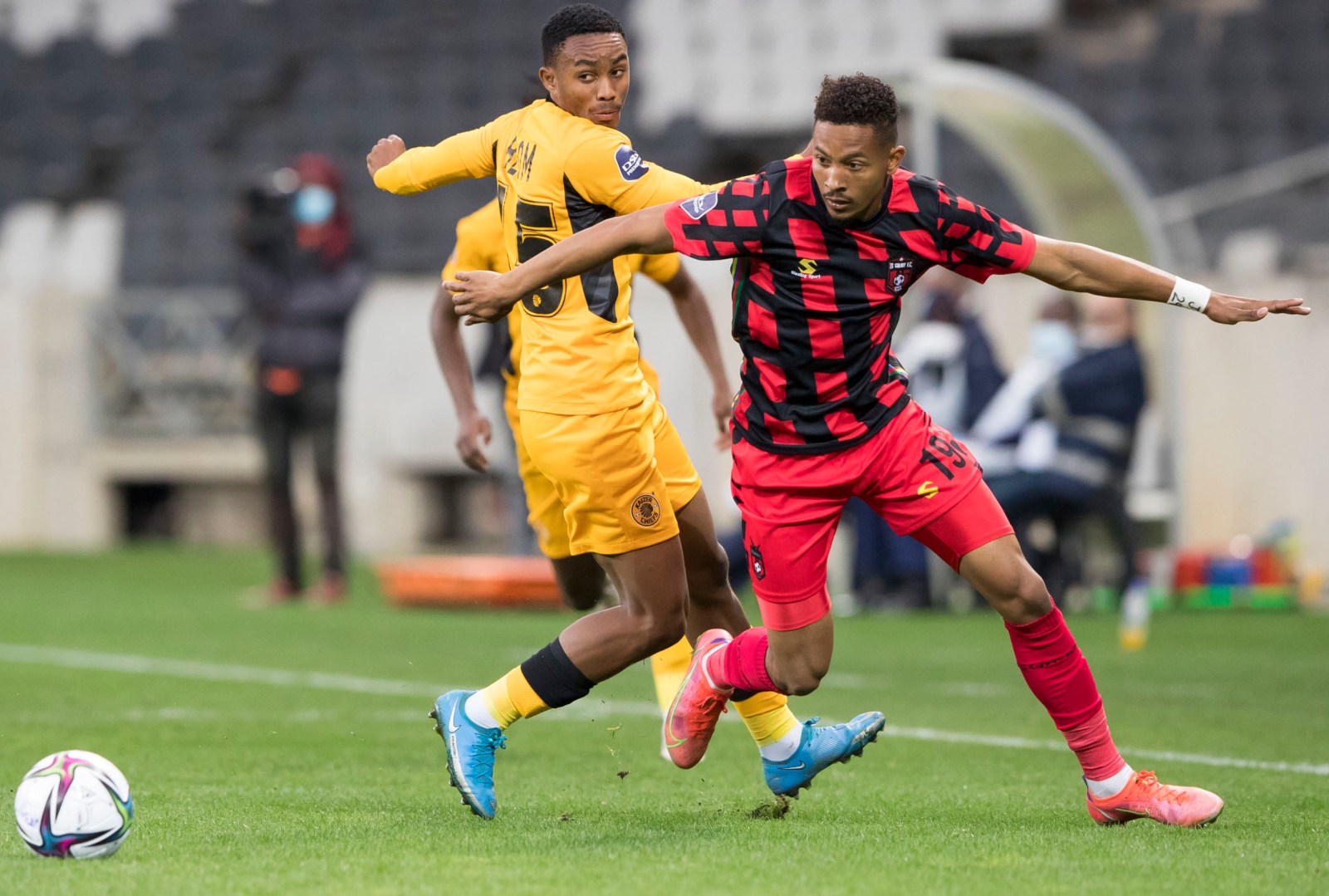 In the 2019 Nedbank Cup final, TS Galaxy prevented Kaizer Chiefs from ending a four-year trophy drought. Three years later, the Rockets are out to break Amakhosi hearts once more.

With a handful of games played in the Nedbank Cup over the past few days, teams such as University of Pretoria, Swallows, SuperSport United, Orlando Pirates and Mamelodi Sundowns are already through to the last 16.

The bulk of the fixtures are set to be played this weekend, with one of the most enthralling of those being the clash between Kaizer Chiefs and TS Galaxy. The match between the Rockets and Amakhosi will serve as a repeat of the 2019 final in this very competition.

At that time, Galaxy, still plying their trade in the GladAfrica Championship, put on an otherworldly performance to emerge as victors at the expense of the more fancied Soweto giants. Zakhele Lepasa, now at Pirates, netted a last-minute winner for the Rockets – launching them into the annals of South African football history.

Having had the tail-end of their 2021 disrupted by a Covid-19 breakout at their Naturena Village headquarters, Khama Billiat says the Chiefs are in the right frame of mind after the month-long hiatus taken by the league due to the Africa Cup of Nations. The Zimbabwean forward believes the team can do well in the cup.

“We have rested well and we have had enough time to boost our energy again,” said Billiat. “It’s a new campaign and we need to start strong. We need to make sure that we go all the way and bring it home.”

As Billiat alludes, Amakhosi are desperate for some silverware. The club is approaching its seventh full year without a cup, having last lifted a major trophy in 2015.

With Sundowns currently sprinting away with the DStv Premiership, this is likely to be the only other opportunity the Soweto giants will have to finally end their drought.

Despite their long-lasting dry spell Amakhosi are the record winners of this competition in its various guises over the decades. The Soweto giants have won it 13 times. The club with the next best all-time haul are their bitter rivals Pirates – with only eight.

One of the most consistent performers for an inconsistent Chiefs this season has been midfielder-cum-defender Njabulo Blom. The 22-year-old, a product of Amakhosi’s youth structures, says he and his teammates are out to end the club’s barren trophy run.

“Growing up and seeing Chiefs win trophies it was always my ambition to do the same. Surely I am not the only one who grew up supporting Chiefs and wanting to be here and winning trophies with the team. Now that I am here, it is something that I will work on with the guys to make our dreams come true,” Blom said.

However, in Galaxy they face a team out to salvage their own season after a disastrous time during the first half of the season.

The Rockets have struggled to take off, and find themselves grounded at the bottom of the Premiership table with just 13 points from their 17 games to date. From those games, they conceded 26 goals, the most of any top-flight team.

The team needs momentum to raise itself from the abyss it finds itself in. An impressive cup run might just be the perfect tonic to arrest the Rockets’ rotten run thus far in the 2021/22 campaign.

“There’s a lot of motivation for us heading to this encounter against Chiefs. If we can win this cup, we have an opportunity to play in the Caf Confederation Cup. The boys need to keep their heads level and work hard. We can’t wait for the encounter on Saturday,” said Galaxy defender Ebrahim Seedat.

Kick-off for the fixture, to be played at Johannesburg’s FNB Stadium, will be 6pm. DM