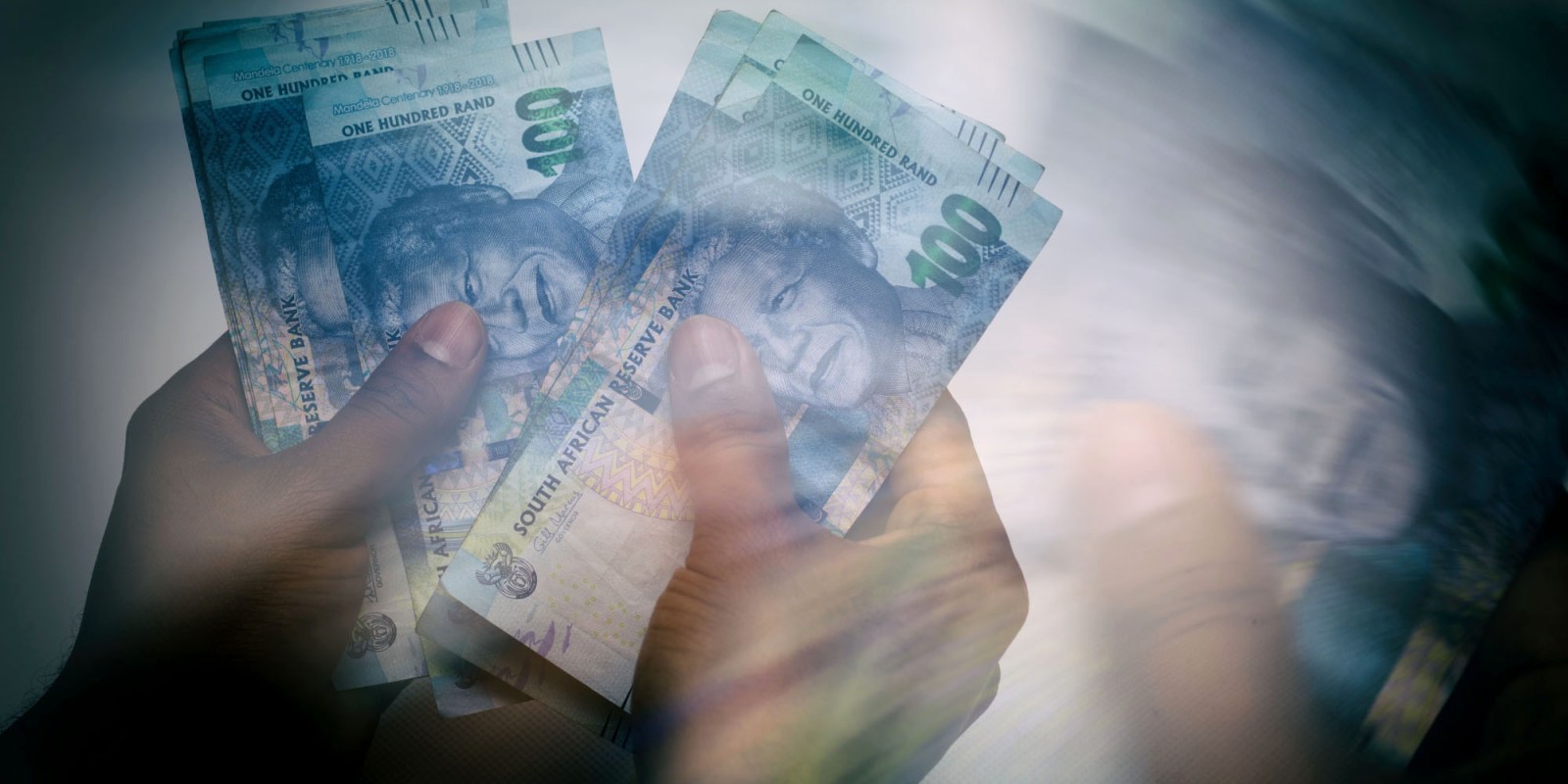 Amahlathi Local Municipality has a history of financial mismanagement.

In January the municipality was unable to pay its civil servants. Municipal spokesperson Anathi Nyoka said on Wednesday that all municipal employees’ salaries will be paid by Friday.

Residents have for years been protesting about municipal failures.

In 2018, youths angered by unemployment and nepotism took to the streets and burnt down the municipal offices, a local clinic, and the newly built Mlungisi mall.

“We are in a crisis here,” says Thembikaya Wapi, organiser of the Amahlathi Crisis Committee set up in the wake of the 2018 protests.

By 2020, youths were once again protesting — about a lack of basic services, jobs-for-sex scandals, and unemployment, he said.

“Premier Oscar Mabuyane was here and GroundUp you are a witness, you reported about his visit [in February 2020], but he did nothing.”

In Xolorha township outside Stutterheim, the municipality fails to collect refuse so residents have taken it upon themselves to burn the rubbish.

Resident Sinovuyo Velebesi said they have not received garbage bags from the municipality for the past five years. “I personally used to go there to demand the garbage bags but I have stopped now because they keep on telling me they don’t have them,” said Velebesi.

The municipality’s financial woes go back to 2014. Municipal spokesperson Anathi Nyoka said this was when municipal allowances were introduced, among which was the provision of travel allowances to junior managers worth as much as 30% of their salaries, costing the municipality R4-million a year.

“There seems to have been poor judgement from the then management in arriving at a decision to introduce them. This is also supported by the fact that all these managers are office-based and thus a travel allowance serves no purpose to them other than to milk the municipality of its scarce resources,” said Nyoka.

Between 2014 and 2016 the municipality irregularly procured plant equipment for road construction — known as the yellow fleet contract — amounting to R92-million, yet the promised equipment never materialised.

A court action to recover the funds from those responsible has been lodged.

Then in the 2016/17 financial year, Nyoka said the municipality’s equitable share, the money received from national and provincial government, was reduced due to a demarcation process which decreased the number of wards from 20 to 15.

Municipal manager Ivy Sikhulu-Nqwena said the equitable share was R124-million in 2016 and currently, six years later, it is R116-million. Had the 2016 demarcation decision not occurred, the revenue from their equitable share would be approximately R162-million.

Nyoka said that compounding the drop in revenue, the ANC-run council took a decision in the 2016/17 financial year to agree to a “standardisation” of salaries, which saw some employees salaries double or even triple.

When we asked further questions, Sikhulu-Nqwena said the council was originally not in favour of making this decision. She said “undue, violent and inconsiderate pressure” was applied by unions, resulting in council conceding to the “horrendous demands”.

At the council meeting where the decision on salary standardisation was to be taken, union members embarked on “unlawful protest action” causing “a stampede” that resulted in a municipal director being injured.

“This marked the demise of the municipality’s financial stability as is evident now,” she said.

The municipality has approached the high court to set aside these decisions.

The amount of money held in the municipality’s bank account, its cash balance, decreased from R100-million in 2016, to a little more than R10-million in 2019.

In the 2018/19 financial year (the latest available on the site), Amahlathi overspent its operating budget by 31%. The operating budget is used to pay day-to-day operating expenses, such as salaries, and a 15% over-expenditure is considered high risk.

At the same time, the capital budget, which is used to finance new infrastructures such as housing, sewage, and water reticulation, was underspent by 21%. National Treasury notes underspending the capital budget by 15% is “a clear warning sign”. Compounding the impact on service delivery, nothing was spent on repairs and maintenance.

And even though in 2018/19 the municipality only had enough cash to cover one week of operating expenses, R62.3-million (32% of its budget) was used on fruitless and wasteful expenditure.

According to the Auditor-General’s report, Amahlathi’s irregular, fruitless and wasteful and unauthorised expenditure in the 2019/2020 year totalled R67.3-million. Of this, R4.3-million was interest paid on bills not settled within 30 days.

While the municipality is embarking on legal action to get money back from the yellow fleet contract and seeking to have the decision on salary standardisation and allowances overturned, it is also negotiating with the union.

Juju said Samwu is aware travel allowances paid to office-based managers were part of the reason the municipality has no money.

“The employer will table all the issues that are causing these financial problems in this municipality. If it means that we must talk to our members to let the employer reduce this travel allowance we will do that,” he said. DM