The Natal Indian Congress: Desai and Vahed’s book is a stunning recovery of a slice of South African history 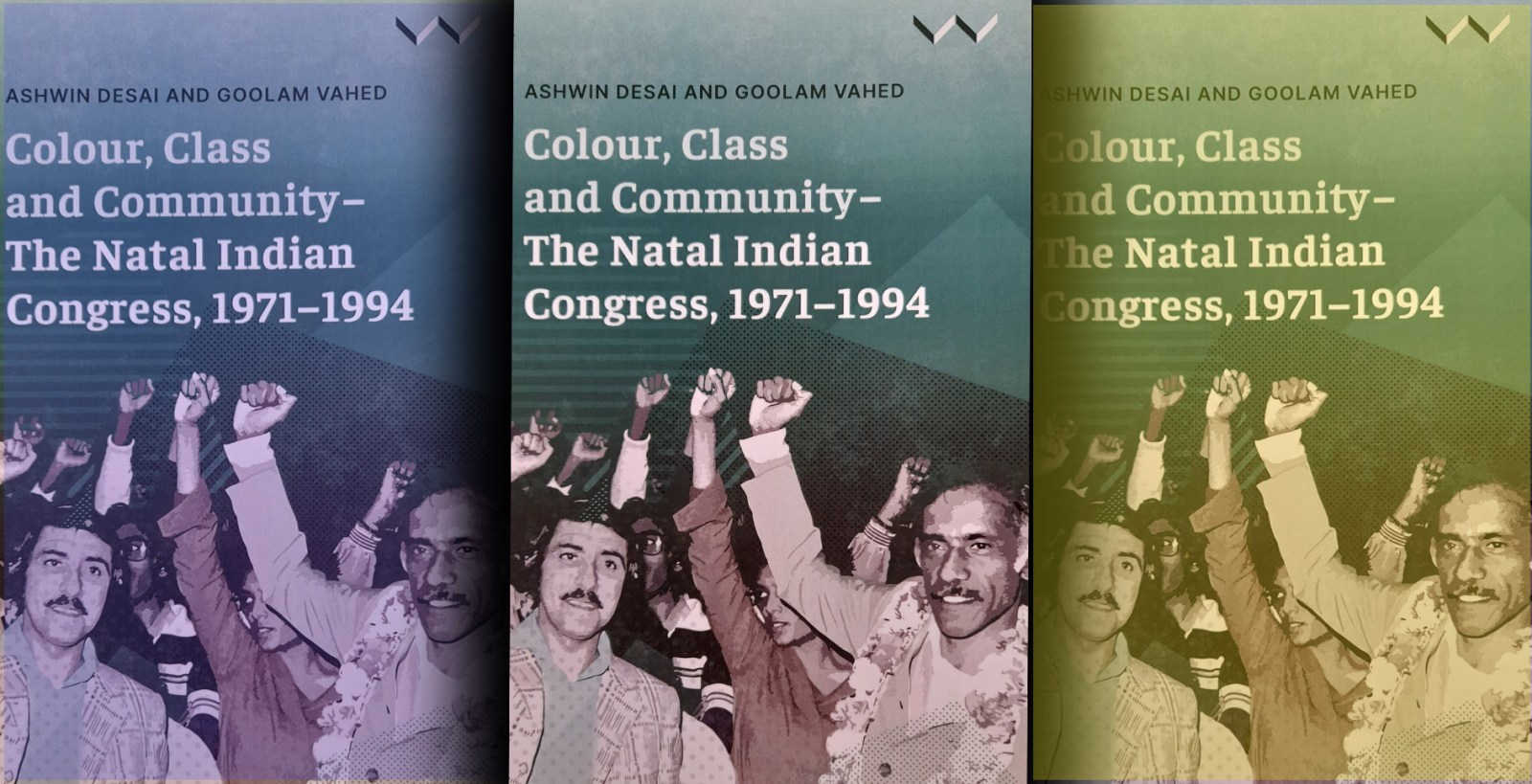 The 1971 revival of the Natal Indian Congress — which was established by Mahatma Gandhi in 1894 — came at a time when Durban was a cauldron of resurgent anti-apartheid debates and mobilisation.

Ashwin Desai and Goolam Vahed’s latest book, Colour, Class and Community — The Natal Indian Congress, 1971-1994 (Wits University Press) is a stunning recovery of a slice of South African history. Drawing from a myriad of sources, they bring alive the debates that animated the revival of the Natal Indian Congress (NIC), an organisation established by Mahatma Gandhi in 1894.

The NIC famously joined the Congress Alliance of the ANC in the 1950s and many of its leading cadres were banned and imprisoned. As repression took hold, the NIC slid into the background until murmurings of its revival began as the 1960s folded into the 1970s. More specifically, Desai and Vahed “seek to understand the past-present by digging deep into the history of the NIC from its revival in 1971 to 1994 when it effectively ceased functioning”.

The revival of the Natal Indian Congress (NIC) in 1971 came at a time when Durban was a cauldron of resurgent anti-apartheid debates and mobilisation. Steve Biko had ignited student politics with the ideology of Black Consciousness and “preached the unity of the oppressed and the disenfranchised”, the black working class was flexing its muscle, trade unions were on the rise, Rick Turner was influencing a new generation of students, and Congress stalwarts saw the moment to re-launch the NIC. The discussions took place at the Phoenix Settlement started by Gandhi in 1904.

The NIC was revived at a time when the spatial map of Durban was dramatically being redrawn. The Group Areas Act (the subject of my PhD) had uprooted and then corralled tens of thousands of Indians into the townships of Chatsworth and Phoenix on the edge of the city. One of the first public engagements of the NIC was a struggle over transport in Chatsworth, where the apartheid government banned Indian bus operators to force commuters onto trains.

The NIC through the 1970s and especially in the early 80s played a major role in anti-apartheid politics. Despite this role, its history has never been recorded in substantive form. This lacuna has been filled by Desai and Vahed. It is a major piece of historical recovery and is written with sensitivity, revealing warts without judgement.

They take on the whole notion of whether to participate or boycott government structures in a chapter titled “Lenin and the Duma come to Durban” with biting insights and balance.

There were robust debates about participating in apartheid-created structures like the House of Delegates in the Tricameral Parliament, and its precursor, the South African Indian Council. These debates “threatened to rent asunder the NIC but each time these splits were averted and the boycott position prevailed”.

The same must be said for the controversy over the “I” in the NIC. They link this to the challenge of Black Consciousness and in fascinating detail relate how Strini Moodley and Saths Cooper of Saso nine fame, using their base in the Durban Central NIC, demanded an organisation open to all black people. There were inevitable tensions between the “old guard” and the “young Turks”. The latter developed strong alliances with trade unions and civic organisations, the forerunner for the establishment of the United Democratic Front (UDF) in 1983 and it led to accusations from within the NIC of a cabal.

In more recent times the whole notion of the Indian cabal has raised its head. The authors take this issue head-on, showing how the leading NIC figures, by playing the role of public and underground figures building ANC structures, reinforced and exacerbated suspicion of control and clamping down on dissent in the ranks:

“The NIC came to operate in ways that sought to straddle a multiplicity of often contradictory impulses; defending the ethnic label against charges of exclusivity, opposing government created bodies that were given increasing powers over ‘own affairs’ while its leaders faced repression, keeping the name of the Congress movement in the public domain with some of its cadres playing triple roles of building the ANC underground while running a legal organisation and spawning community-based civics.”

Written before the July 2021 riots, the book nonetheless offers a timeous account of the 1985 conflict in Inanda that saw Indians driven out with many accommodated in Phoenix. This historical backdrop provides an important bridgehead to those wanting to come to grips with present tensions.

Desai and Vahed’s best book is Inside Indian Indenture. They bring the subject alive with a series of stunning biographies gleaned from the archives. The book on the NIC is of the same genre. There will be quibbles from the “insiders”, but nobody will doubt their commitment to giving space to different voices. Their own collaboration brings together a sociologist (Desai) and historian (Vahed). Collaboration might be too easy a word. It is also a contestation. As they hint in the introduction: “As we were writing this book, we often accused each other of being short-sighted or looking too far into the distance. We encouraged each other by looking at the ground beneath our feet…”.

The result is a book that is written in an accessible and page-turning narrative while staying true to independent intellectual analysis. In many senses, they take Edward Said’s advice not “to narcotise the critical sense, or reduce its imperatives, which are always to go beyond survival to questions of political liberation, to critiques of the leadership, to presenting alternatives that are too often marginalised or pushed aside as irrelevant to the main battle at hand. Even among the oppressed, there are also victors and losers, and the intellectual’s loyalty must not be restricted only to joining the collective march…”.

In this quest, they have often come under virulent attack, but as this book shows, they refuse to see history as a public relations exercise.

The reach of the NIC leadership went well beyond its ethnic base, with active participation in the UDF, Operation Vula, Codesa. This is best encapsulated in the multiple roles played by Pravin Gordhan as an underground activist, in the above-ground NIC and in the civic structures that were mobilising communities.

While the book focuses on the trials and tribulations of the NIC and its leadership, this is not presented in abstraction from the broader political economy, historical and contemporary. It ends with a fascinating conjunctural analysis of the Zuma years, the coming to power of Cyril Ramaphosa and the challenge of Radical Economic Transformation (RET).

Through a series of interweaving moves, the book connects the past and present, and the nuanced possibilities for the future. At the end of the day those activists cohered around the NIC whatever their divisions, and rather than let “the course of history determine their futures, they chose to make their own history. Not as an ethnic group seeking accommodation and privilege but as part of a struggle that would free all the peoples of South Africa”.

The book ends on a note of warning and hope: “The NIC rightly takes its place in the pantheon of anti-apartheid fighters. History will not be as kind to the present generation if they turn their backs on the ideals that powered the imagination and actions of people who came before. While they must find new ways of organising, new languages and targets of dissent, and be critical of roads travelled, the memories and lessons of what went before are vital. It is hoped that this book, in laying bare this history, contributes to that process”. DM

Brij Maharaj is a geography professor at the University of KwaZulu-Natal. He writes in his personal capacity.