Summertime, and the livin’ ain’t so easy 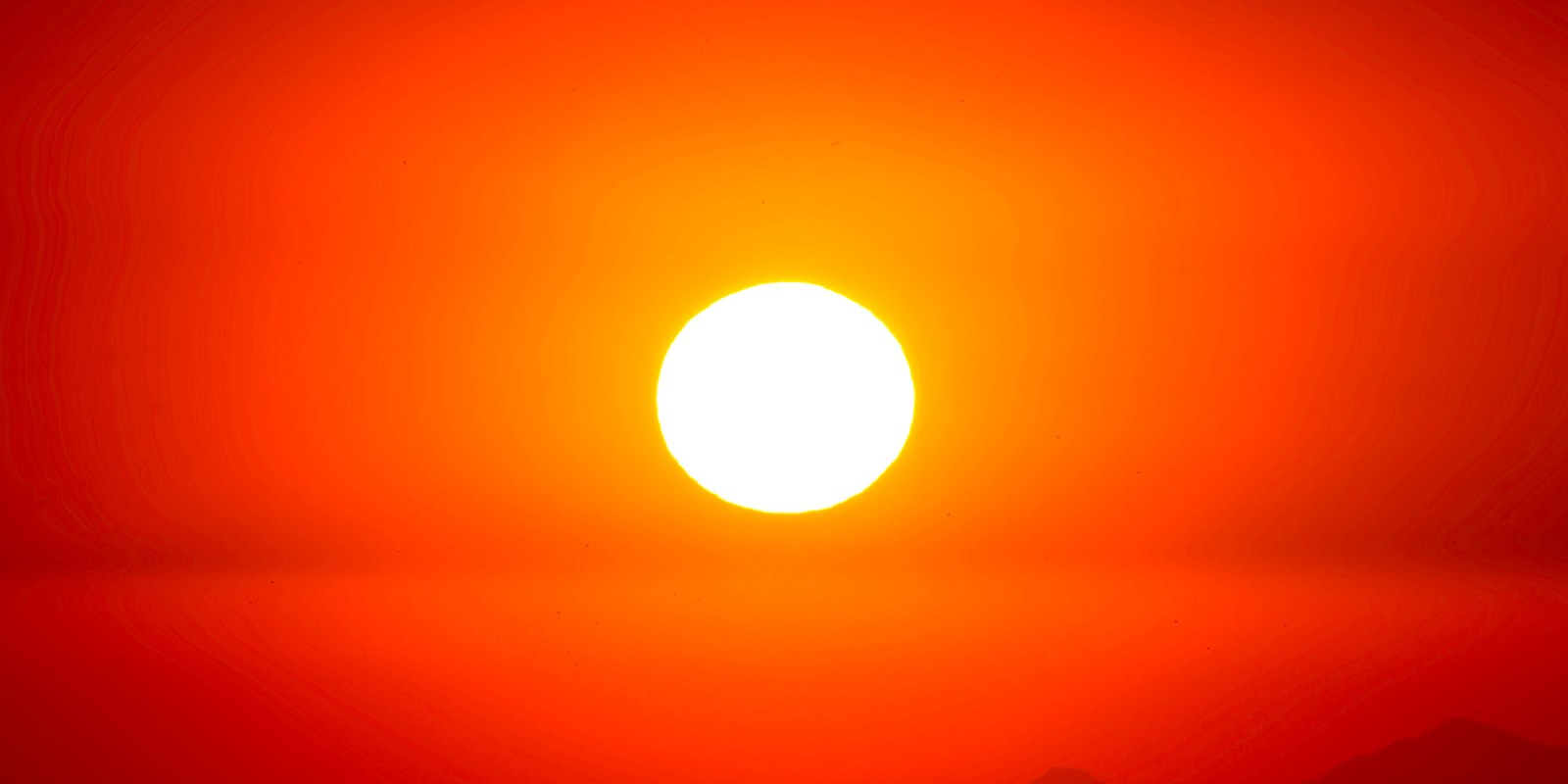 Peter Johnston, a climate scientist at the University of Cape Town, says we can expect summers in the Western Cape – and in the whole of South Africa – to become increasingly hotter.

“The projections are certainly indicating that we are going to have between 2 and 3°C increase by the end of the century,” said Johnston. “And even by 2050, we’re looking at a 2°C increase.”

Wait… how does global warming work?

The recently published Intergovernmental Panel on Climate Change Assessment Report Six Working Group I report gives as the best estimate of global warming to date the value of 1.1°C above pre-industrial (1850-1900) levels.

Wits professor and climatologist Coleen Vogel explained, “Global warming since the pre-industrial era is unequivocally the consequence of human activities, specifically the release of greenhouse gases such as carbon dioxide into the atmosphere, through the burning of fossil fuels.”

Johnston explained that global warming is the steady increase of the Earth’s temperature due to greenhouse gases retaining incoming solar radiation. Unlike other gases in the atmosphere (like oxygen), greenhouse gases absorb and retain heat.

“That’s all part of the plan, because they [greenhouse gases] have to do that to keep us warm at night,” said Johnston. “But now the concentration of greenhouse gases is increasing, and therefore the atmosphere is warming up.”

This means that the atmosphere itself, the surface of the Earth and the oceans are absorbing the heat, which then goes back into the atmosphere and affects the weather.

How temperatures have already increased 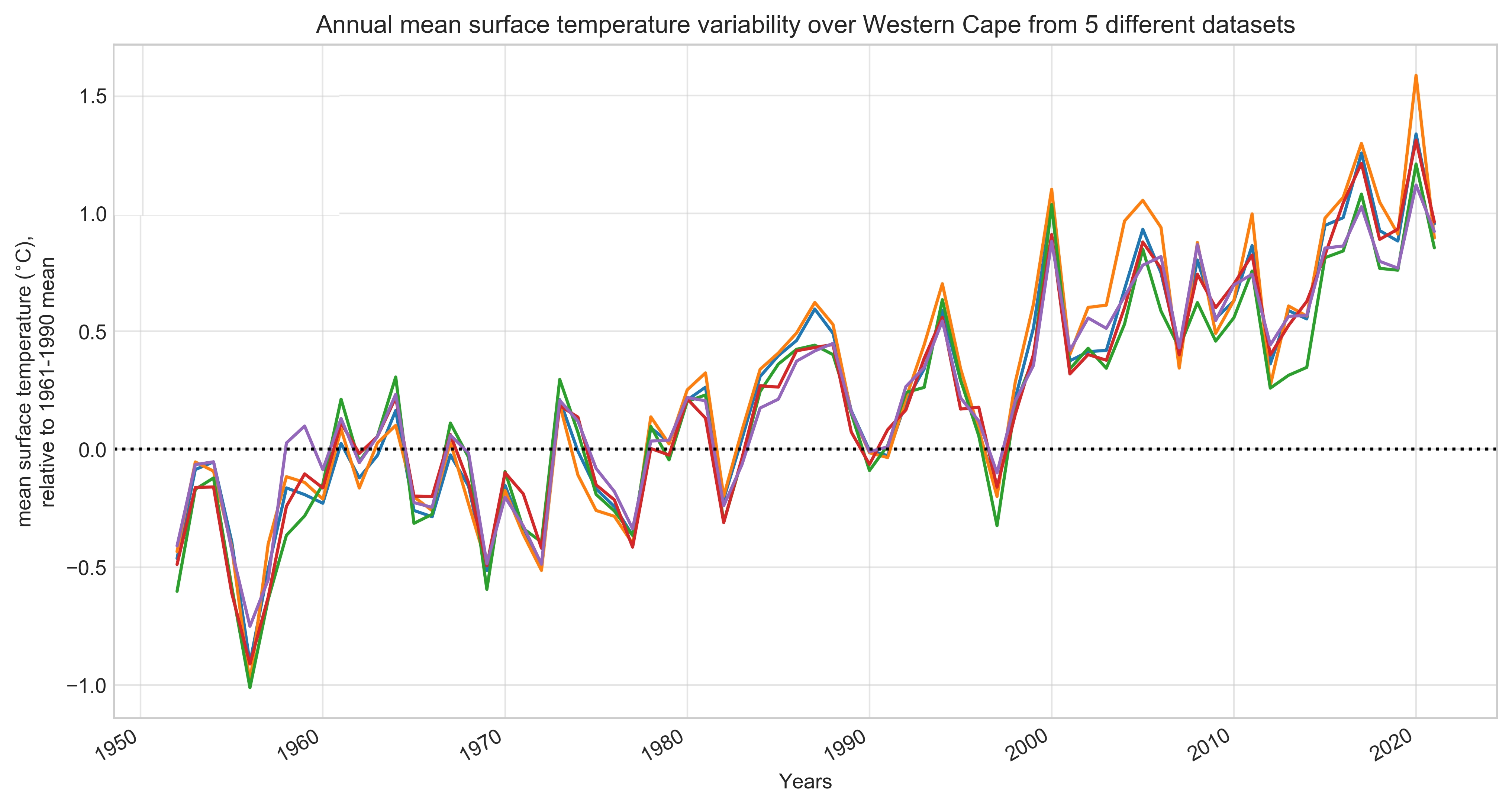 “And… higher temperatures within the month, there are more days that are regarded as hot than there were before.”

Johnston says that temperatures over the entire southwestern Cape and most parts of South Africa have increased.

By 2050, global temperatures are predicted to increase by 1.5 to 2°C, but Johnston explained that this doesn’t mean every single day will be two degrees hotter than it is today.

The average temperature increased by 1°C in the last century, and if this doesn’t seem significant or like something that will affect your life – think again.

“What happens is, because not every single day is hotter, some days are three degrees, or four degrees, hotter than the average.”

For example, if 10 days in any month are the same temperature, then the other 20 days are going to be more than just two degrees warmer.

Knock-on effects of this heating

Johnston said the rising temperatures in South Africa will have the biggest impacts on water supply, agriculture and human health.

“The most critical impact that we can think of is water supply,” said Johnston, explaining that temperature increases will affect water in two ways.

Increased temperatures will affect agriculture because they increase the possibility of drought and put heat stress on crops.

“And then clearly, if agriculture is suffering… food security might be an issue,” said Johnston, adding that this will have a further knock-on effect on jobs in the agriculture industry.

And finally, Johnston points out how increasing temperatures will have a critical impact on human health.

“And human health is very, very important for settlements,” said Johnston. “Municipalities who’ve got to cope with things like refuse collection, sanitation, where people aren’t getting clean water, where there aren’t clean toilets or there aren’t toilets available, so you’ve got sewage floating around, going to the rivers.

As the number of hot days increases, it will affect vulnerable groups such as the elderly, those who don’t have access to air conditioning, and outdoor workers.

Heatwaves are called the “silent killer” because they can cause mass fatalities to vulnerable groups.

“And of course, it makes you work less efficiently if it’s hot,” said Johnston.

A recent study by Duke University estimated global economic losses of up to $1.6-trillion due to lost labour productivity in a 2°C warmer world, and that already nearly $670-billion is lost each year.

Climatologist Vogel added: “According to the science, southern African areas have been warming at twice the global average, with parts of the interior warming at even greater rates.

“Further drastic warming is projected in southern Africa for as long as global warming continues. This regional warming will be accompanied by more frequent and intense heatwaves, increasingly impacting on human comfort, health  and mortality.

“Over the next 20 years, it is likely that heatwaves of unprecedented intensity and duration will occur in southern Africa.” DM/OBP

Summertime, and the livin’ ain’t so easy