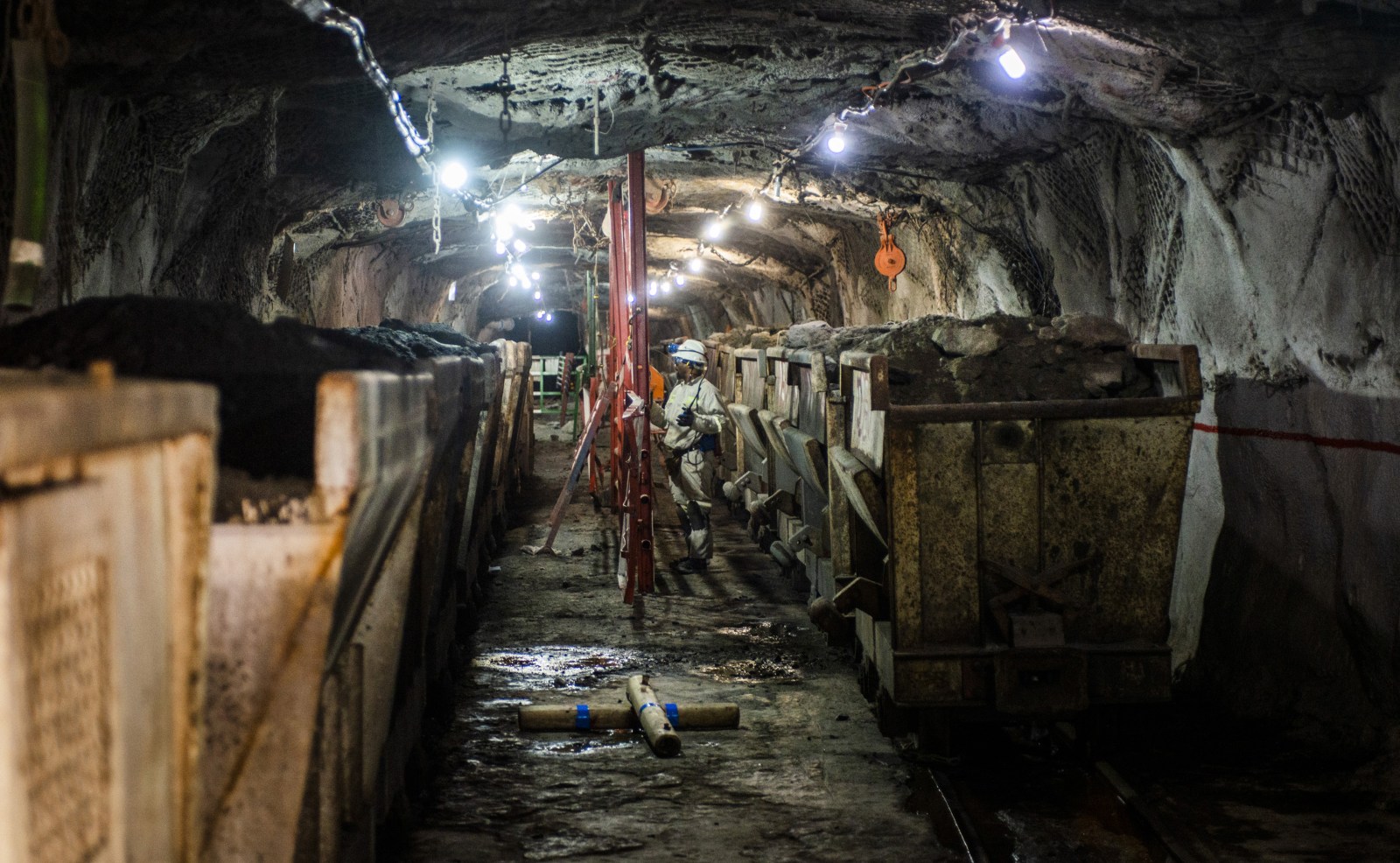 Mined platinum-rich inside a freight wagon in a mine shaft at the Khuseleka platinum mine. (Photo: Waldo Swiegers / Bloomberg via Getty Images)

Data unveiled on Thursday by Statistics South Africa (Stats SA) confirms that the mining industry in 2021 was one of the bright spots in the economy, with production rising 11.2%. Manufacturing output climbed 6.4% in 2021, which leaves output in that sector still well short of pre-pandemic levels.

With a production rebound of 11.2% in 2021, South Africa’s mining sector pretty much clawed back the ground it yielded in 2020 when it contracted by 10.6%. The sector will make a positive contribution to South Africa’s gross domestic product (GDP) growth figure for the year, which is generally pegged at less than 5%.

Still, it could have been better. December was a setback, with mining production down 5.3% on a monthly basis, following a 3.3% contraction in November. As a result, output for the final quarter of 2021 was 3.5% lower than it was in the previous three months.

Because of red-hot prices, total mineral sales were 39.1% higher in 2021 compared with 2020. Mining companies may not quite produce the record results they did last year, but the sector clearly made a lot of money in 2021. This has given the Treasury a much-needed boost of revenue and the wider economy has benefited from the record trade and current account surpluses reached last year on the back of the commodity cycle.

Against this backdrop, it is sobering to note that few of the returns generated in the sector are being reinvested in exploration projects or new mines.

South Africa accounts for less than 1% of global expenditure on mining exploration, deplorably short of the 5% target that Minerals and Energy Minister Gwede Manatshe laid out three years ago. Chronic mismanagement at the department, including massive backlogs in applications for mining rights, with a ham-fisted approach to policy, are among the reasons for this sorry state of affairs.

“South Africa has not been able to boost mining production in recent years, which implies the industry is unable to fully exploit favourable price developments.

“Between 2016 and 2021, annual mining output dropped by an average rate of 0.3%,” Jee-A van der Linde of Oxford Economics Africa said in a note on the data.

Manufacturing data was also published on Thursday by Stats SA. It showed that output in the sector rose 6.4% in 2021, which means it still has lost ground to regain after a 2020 contraction of about 11%.

“Nine of the 10 manufacturing divisions reported positive growth rates over this period (2021),” Stats SA said, with the automotive and transport sectors leading the way with an output surge of above 34%.

Of course, both sectors face numerous headwinds, notably unreliable and costly power supplies, policy inertia, waves of unrest such as the July riots, and outright criminality. The rebound in both has failed to put a dent into an unemployment rate of about 35%. The unemployment figures for the fourth quarter of 2021 will be released next month.

President Cyril Ramaphosa delivered his Sona speech on Thursday, but that data will provide a lens into the true state of the nation. DM/BM