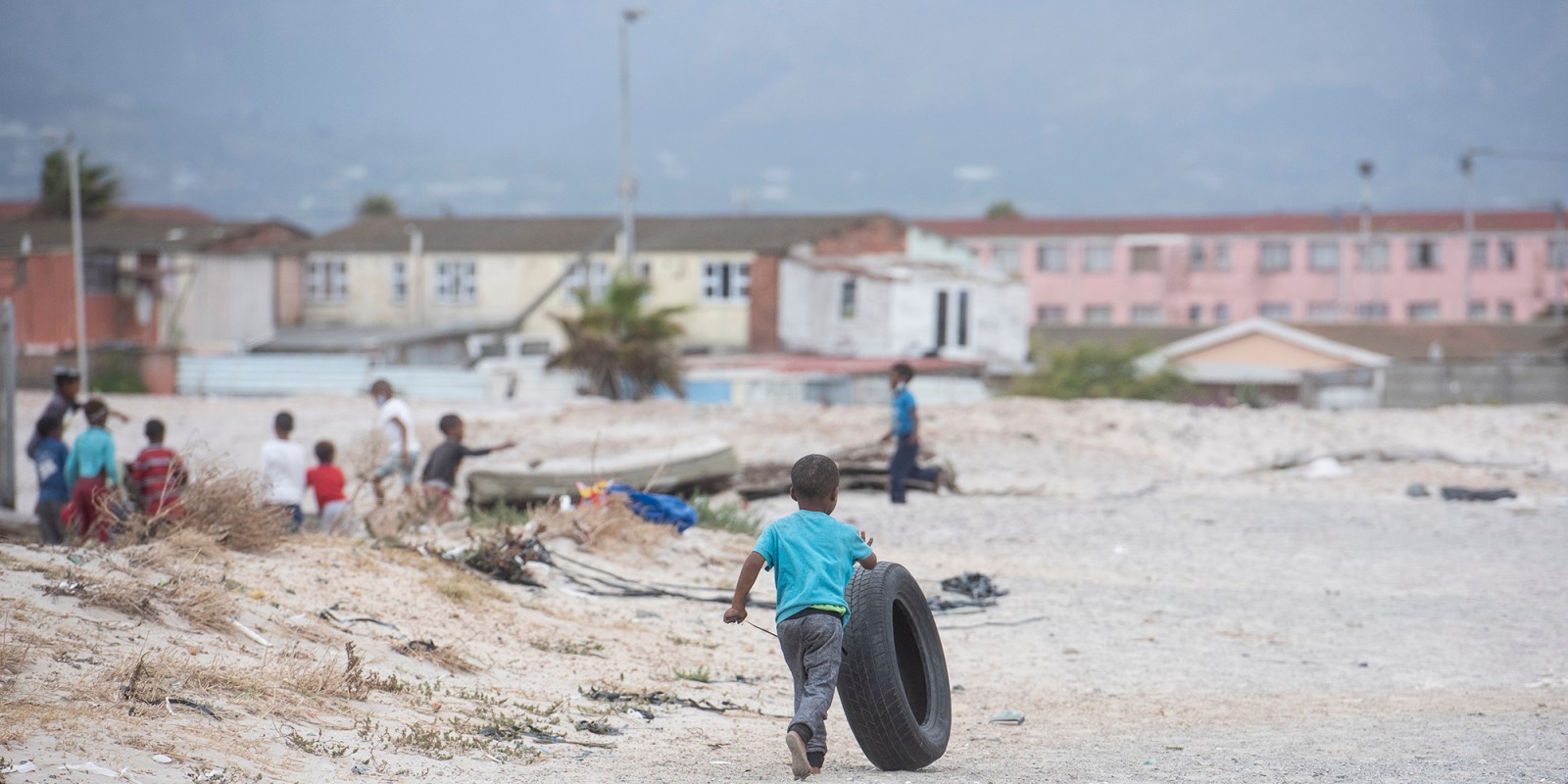 A general view of residents in Lavender Hill on January 22, 2021 in Cape Town, South Africa. Lavender Hill is part of the Cape Flats and is located 20 kilometres from Cape Town City Centre. (Photo: Gallo Images/Brenton Geach)

In the popular imagination, a pupil who drops out is thought of as lazy or irresponsible. Similarly, the experiences of boy, girl and non-binary pupils are often oversimplified or misunderstood, creating unhelpful stereotypes that can make their journeys through school more difficult.

Even before the Covid-19 pandemic, four out of 10 pupils in South Africa would drop out of school before completing matric. Why? What makes a pupil more likely to drop out of school? Is it poverty? Geography? Disability? How does a pupil’s gender shape their experience of school?

These are fundamental questions in the campaign against school dropout, and crucial starting points for the roll-out of targeted interventions. Typically, a pupil would drop out of school after a long process of disengagement caused by a convergence of risk factors – of which there are more than 40 to consider. Given the multidimensional nature of dropping out, it’s no surprise that popular perceptions about who drops out and why, are skewed in favour of assumptions and stereotypes – often these are gendered.

In the popular imagination, a pupil who drops out is thought of as lazy or irresponsible. Similarly, the experiences of boy, girl and non-binary pupils are often oversimplified or misunderstood, creating unhelpful stereotypes that can make their journeys through school more difficult. Rethinking assumptions will help policymakers and roleplayers in the basic education sector to build more responsive programmes, systems and policies.

The Zero Dropout Campaign’s latest research report, School Dropout: Gender Matters, interrogates common assumptions about gender and schooling by drawing contrasts and comparisons with the prevailing evidence. For instance, the average person may be surprised to learn that in South Africa, boys are more likely to repeat a grade than girls. Research shows that boys have a repetition rate that is 50% larger than that of girls, particularly in underresourced schools. Relative to girls, boys are underperforming across all grades and are more likely to drop out of school before completing matric.

So serious is the problem that the Department of Basic Education’s own strategic documents call for “improvement strategies” to “pay careful attention” to high dropout rates among boys. These strategies must be context-specific, intentional and grounded in evidence about pupils’ realities – including the varied challenges of trans, queer, gender-diverse and non-binary pupils.

Far from reducing pupils to their gender, effective gender programming should expand how pupils of all genders view and experience the opportunities available to them, and offer a vibrant, safe learning environment for all.

Assumption #1: Girls’ vulnerability means that boys are at less risk of dropping out

The vulnerabilities of young women in South Africa are widely reported. Women and girls are at greater risk of gender-based violence, HIV and joblessness. Add the country’s high rates of teenage pregnancy and many assume that girls will be more likely than boys to leave school before finishing matric. In fact, boys are dropping out of school more often than girls.

Over the past 10 years, young men have constituted a declining proportion of those writing matric. In 2018, for every 100 young women writing matric, there were only 80 young men. This doesn’t mean that girls are not at risk of dropping out; it means that policy and programming may be overlooking the vulnerability of boy pupils.

If we don’t find ways to support these pupils to complete Grade 12, we effectively trap them in cycles of intergenerational poverty and social exclusion. For instance, boys and young men who are out of school may be drawn into gangs because they offer an attractive form of social belonging and a route to material resources.

Existing research illustrates a mutually reinforcing relationship between pregnancy and dropout: young women who leave school are at greater risk of falling pregnant, and young women who fall pregnant are at greater risk of leaving school. What is often missing from the story is the role that schools, households, neighbourhoods and policymakers play in determining whether a young mother returns to school.

Despite the challenges and stigma that female pupils face during pregnancy, many want to return to school after giving birth, but are not supported to do so. In a bid to support them, the Department of Basic Education has committed to providing psychosocial and educational support for pregnant pupils through the deployment of Learner Support Agents (LSAs).

Through this intervention, the department aims to help pupils stay engaged with schooling during pregnancy, and help mothering pupils return to school after giving birth. But for this commitment to be meaningfully felt by pregnant and parenting pupils, it must also be championed by schools and families.

Assumption #3: Boys drop out of school because they are delinquent

The gendered anxieties around pregnancy in schoolgirls is mirrored by similarly gendered anxieties about antisocial behaviour among schoolboys. Boys are often thought of as disruptive, badly behaved and uncommitted to their schoolwork. Some qualitative studies suggest that because of these gendered stereotypes, boys are more likely to be patrolled and punished by school staff. Since punishments often include keeping boys from the classroom, gendered disciplinary procedures may contribute to boys falling behind in their schoolwork.

Strongly held notions that boys are more proficient in maths and science than girls may be influenced by a missing variable in the data: dropout. Higher dropout rates among boys mean that by the time pupils reach matric, the cohort of boys remaining is often academically stronger, outperforming girls in maths and science. However, when one considers the average results of the full cohort, girls outperform boys in both subjects.

Assumption #5: Women’s higher rates of unemployment are related to their poor educational performance

Despite outperforming young men at schools, colleges and universities, women are less likely to find a job. It’s evident that more research is needed to understand why women’s advantage in education is not translating into an advantage in the labour market. So, while all young people benefit from a matric qualification, men have been less able to leverage their matric certificate for further qualifications, while women have been less able to leverage their higher qualifications for employment.

To better understand the complex lives of South Africa’s children and young people, the basic education sector must invest in capturing and monitoring data about individual pupils’ pathways through school.

Starting from a policy and national government level, the basic education sector must be able to account for dropout statistics by improving data collection and monitoring; making dropout a key performance indicator (KPI); and strengthening psychosocial support services at schools. The prevention of dropout should be an explicit goal of the schooling system. The institution of national and provincial KPIs will serve as an accountability measure for the sector.

At a school level, having reliable and complete pupil-level data can help educators to flag those at risk of dropping out using indicators of disengagement. These pupils can then receive targeted academic or psychosocial support at the right time. Pupils of all genders need to be in the picture and the interventions must be contextually attuned. DM

Rahima Essop is the Head of Communications and Advocacy for the Zero Dropout Campaign. Dr Beth Vale is an applied anthropologist and freelance consultant, working in health, social development and public policy.