Exclusive: What Cyril Ramaphosa will say in his 2022 State of the Nation Address 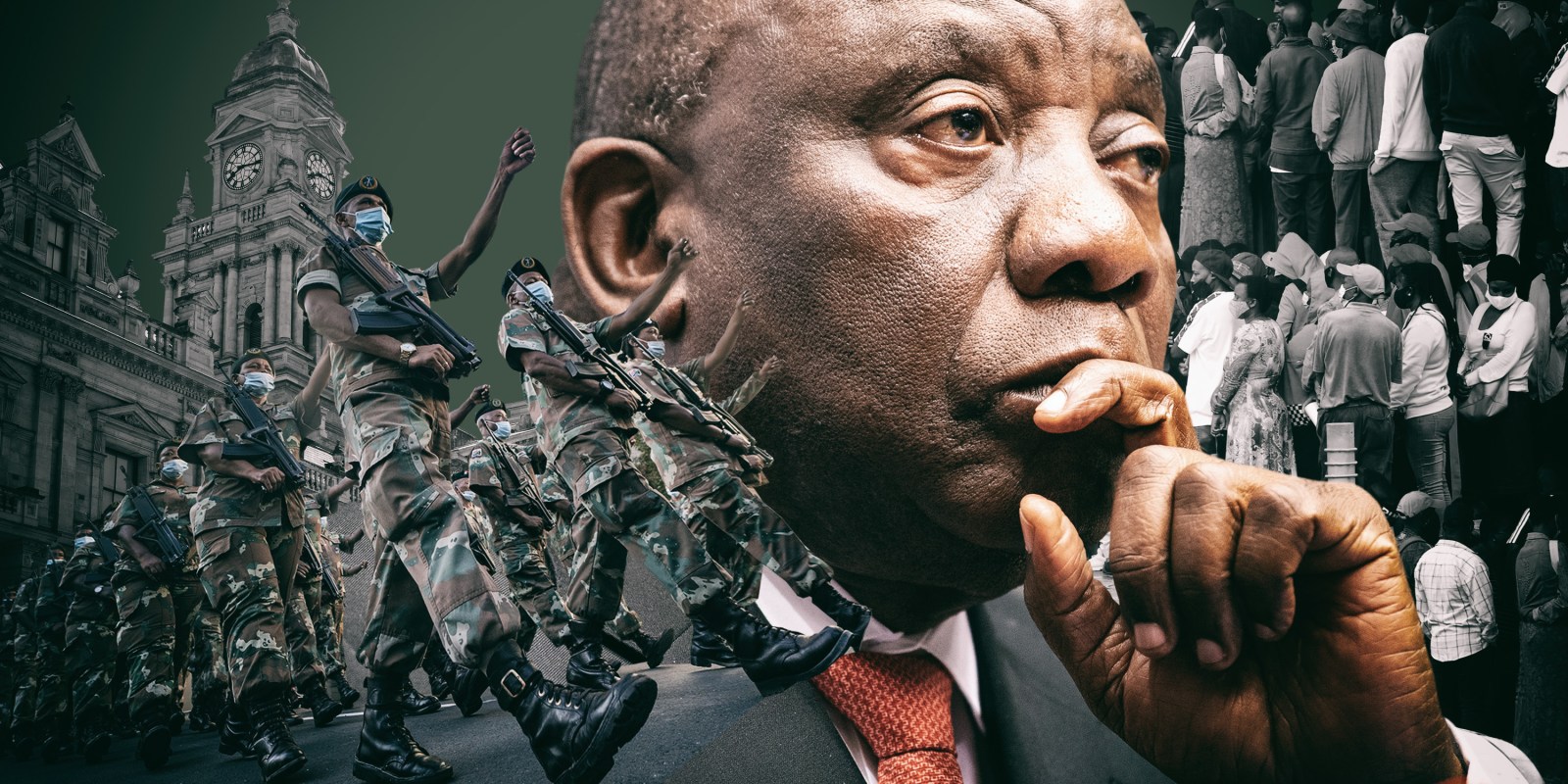 In his report-back, the President will focus on the vaccine drive, his presidential jobs plan, the switch to digital, and licensing of spectrum.

President Cyril Ramaphosa is likely to focus on the impact of Covid-19 on South Africa when he makes his sixth State of the Nation Address on Thursday, February 10, 2022.

His presidency has been defined by the pandemic and Ramaphosa has not fared badly. South Africa has emerged from the fourth wave of the pandemic more quickly because 16.5 million adults are fully dosed. He will also highlight a drive for “biotech sovereignty” and vaccine manufacturing plants established by Aspen, Biovac, Afrigen and NantSA, the partnership with the billionaire medical innovator Patrick Soon-Shiong.

The graphic reveals the full list of accomplishments Ramaphosa will choose from to make an address that looks backwards and forwards to the new year, while the mood is grim because the economy is struggling, Ramaphosa will say the auctioning of spectrum is finally going ahead in March 2022. The analogue switch-off to move to digital broadcasting has been completed in five provinces.

While export businesses say inefficient ports cost them spoilt produce and revenue, Ramaphosa is likely to highlight that an RFI (request for information) has been issued for a private operator at the Durban and Ngqura ports.

Ramaphosa told Daily Maverick that energy is being revolutionised in South Africa. This is a topic he will pick up in his speech. He is likely to blame the slow roll-out of emergency supply on court cases and point to green energy successes like the opening of Bid Window 5 and a ministerial determination by Minerals and Energy Minister Gwede Mantashe to procure 11,813 MW of new energy.

He is unlikely to steer into the binary that Mantashe often sets up between old fossil fuels and new generation renewables. Instead, the R133-billion green energy and just transition deal with Europe will get a mention as a positive.

Other ticks Ramaphosa can point out is that South Africa now offers e-visas to 10 countries, with more coming. Industry masterplans negotiated at Nedlac, the negotiating forum for business, labour, government and civil society, have been completed for the poultry and sugar industries.

With Covid-19 and the July 2021 riots taking a scythe to investment appetite, there is not a lot of good news. But Ramaphosa is likely to highlight the new production lines for Ford in the Tshwane Automotive Hub and the new Toyota commitment in eThekwini. Ramaphosa’s infrastructure plan is a smaller version of US President Joe Biden’s – he wants South Africa to become a building site.

This graphic shows projects which are started or completed.

Corruption is the biggest concern of South Africans, and Ramaphosa is likely to highlight the completion of the Zondo Commission’s work, the successes of the Special Investigating Unit and the recapitalisation of the National Prosecuting Authority.

What the hard data reveals about the true state of the nation (spoiler alert: not good at all)

Analysts also expect direction on when a basic income payment will be implemented and how it will be funded, as well as on a national security plan and a growth plan for a stuttering economy.  Tim Cohen reported here that South Africa is lagging behind a group of developing countries in growth and employment. Jobs are the second-biggest concern, after corruption, to have emerged as hot-button issues ahead of the address. DM