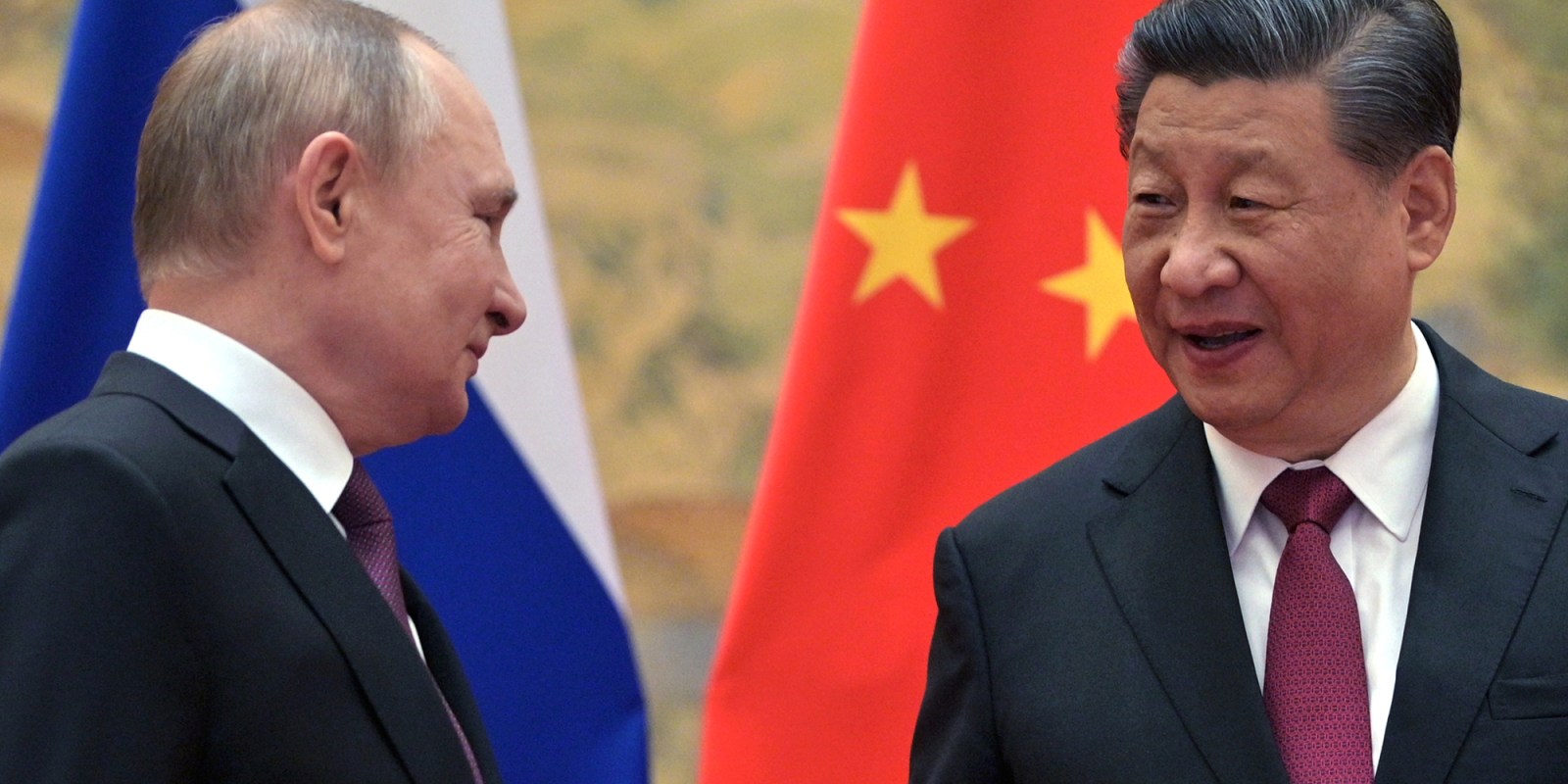 Threats of war over Ukraine — with China and Russia making an unexpected pact to stand together — has seen oil prices head for $100 a barrel again and intensified concerns about Europe’s gas future. Is this a turning point in the global order and something we need to worry about?

It’s not the first time in the past couple of years that there’s been talk of oil hitting $100 a barrel. But this time the situation in Ukraine — and all the geopolitical ramifications of the Russia-US standoff — has made it even more likely.

Recent events have escalated the possibility that events in the Eastern European country, even if they don’t descend into all-out war in the region, may usher in a new world order of us (Russia and China) versus them (the US and Europe).

Such a seismic shift in the global political and economic landscape would have significant implications for the commodity market and the world economy more broadly.

The moment it all changed could go down in history, as when leaders of China and Russia sat down on the eve of the Chinese Winter Olympics to talk — the result of which was a joint communique expressing their intention to stand in solidarity against “some actors representing but the minority”.

Though unnamed, this undoubtedly refers to the Western developed nations who “continue to advocate unilateral approaches to addressing international issues and resort to force; they interfere in the internal affairs of other states, infringing their legitimate rights and interests, and incite contradictions, differences and confrontation, thus hampering the development and progress of mankind, against the opposition from the international community”.

While China and Russia have grown closer ever since sanctions were imposed after Russia annexed Crimea in 2014, they haven’t stood shoulder-to-shoulder like this on such a broad range of issues, including fiercely defending their spurious notion of democracy, cybersecurity, sustainability, international security challenges (state sovereignty and territorial integrity) and establishing “new kinds of relationships” between world powers.

The first concrete evidence of their intended collaboration began with Russia’s agreement on 4 February to supply China with oil (100 million tonnes of crude oil over 10 years) and gas (10 Bcm/year) over the long term, an important step in diversifying Russia’s dependence on gas exports to Europe.

In the event of Russia invading Ukraine and the West imposing strict sanctions on Russia, Platts Analytics chief geopolitical advisor Paul Sheldon says: “Risks of Western sanctions on the Russian energy sector will only reinforce a desire to increase export optionality to Asia, in addition to a desire for Chinese investment in upstream development.”

In a New Yorker article, Angela Stent, a Russia expert who served at the National Intelligence Council, felt this “quite Orwellian” communique could prove to be an inflection point for the world, with Russia and China combining forces to challenge the global order for the first time since the end of the Cold War.

This interpretation of the communique differs from that made by Marcin Kaczmarski and Natasha Kuhrt in their analysis of what they call Russia and China’s “growing friendship”. They describe it as “more of a public relationship exercise than a new world order”. Their conclusion: “It seems unlikely that Moscow and Beijing are engaged in a coordinated attempt to pull the US into a two-front war, but keeping this fear alive in the West is valuable in and of itself.”

Against this geopolitically messy and even potentially ominous backdrop, oil prices have rallied above $90 a barrel before coming back somewhat on optimism that the Iranian nuclear deal may come to fruition, thereby adding to global oil supplies and alleviating upward pressure on oil prices.

It’s another story completely for gas prices, which are caught in the crosshairs of the Ukraine-related tensions, the outcome of which could be a profound energy crisis in the European Union if Russia does invade Ukraine or gas markets are disrupted if the standoff continues for months.

Russia’s aggressive build-up of troops on Ukraine’s border could be interpreted as brinkmanship in an attempt to get Europe to give the go-ahead for its Nord Stream 2 gas pipeline, in addition to Vladimir Putin making it clear that he will not tolerate any Nato expansion into Russia’s neighbours.

The macro-economic impact of this political posturing — or real threat as it may be — is to further raise the risk of inflation going higher as a result of fuel and energy costs globally and in South Africa, which is an oil-importing nation.

However, Old Mutual Multi Managers investment strategist Izak Odendaal doesn’t expect the situation to deteriorate into the oil embargoes and price spikes that caused a major global recession in the 1970s.

He says: “Many fear a return to that dreaded period of soggy growth and high inflation. But the world economy is a lot more energy efficient these days. Each unit of GDP uses a lot less oil and gas, and therefore every dollar the oil price rises takes a relatively smaller chunk out of business and consumer pockets.”

In South Africa, he notes that increasing global oil prices would see the petrol prices rise, but he doesn’t think it’s likely that fuel inflation will hit 40% as it did in December 2021, or that it will necessarily result in firms passing on the petrol price increases.

Core inflation remains less than 4%, he adds, “indicating limited passthrough from surging commodity prices to prices of other goods and services”.

Of course, should the Ukrainian situation descend to all-out war, then all bets would be off and the future would be even more opaque than it has been over the past few years. BM/DM