A brief history of African nations at the Olympic Winte...

A brief history of African nations at the Olympic Winter Games 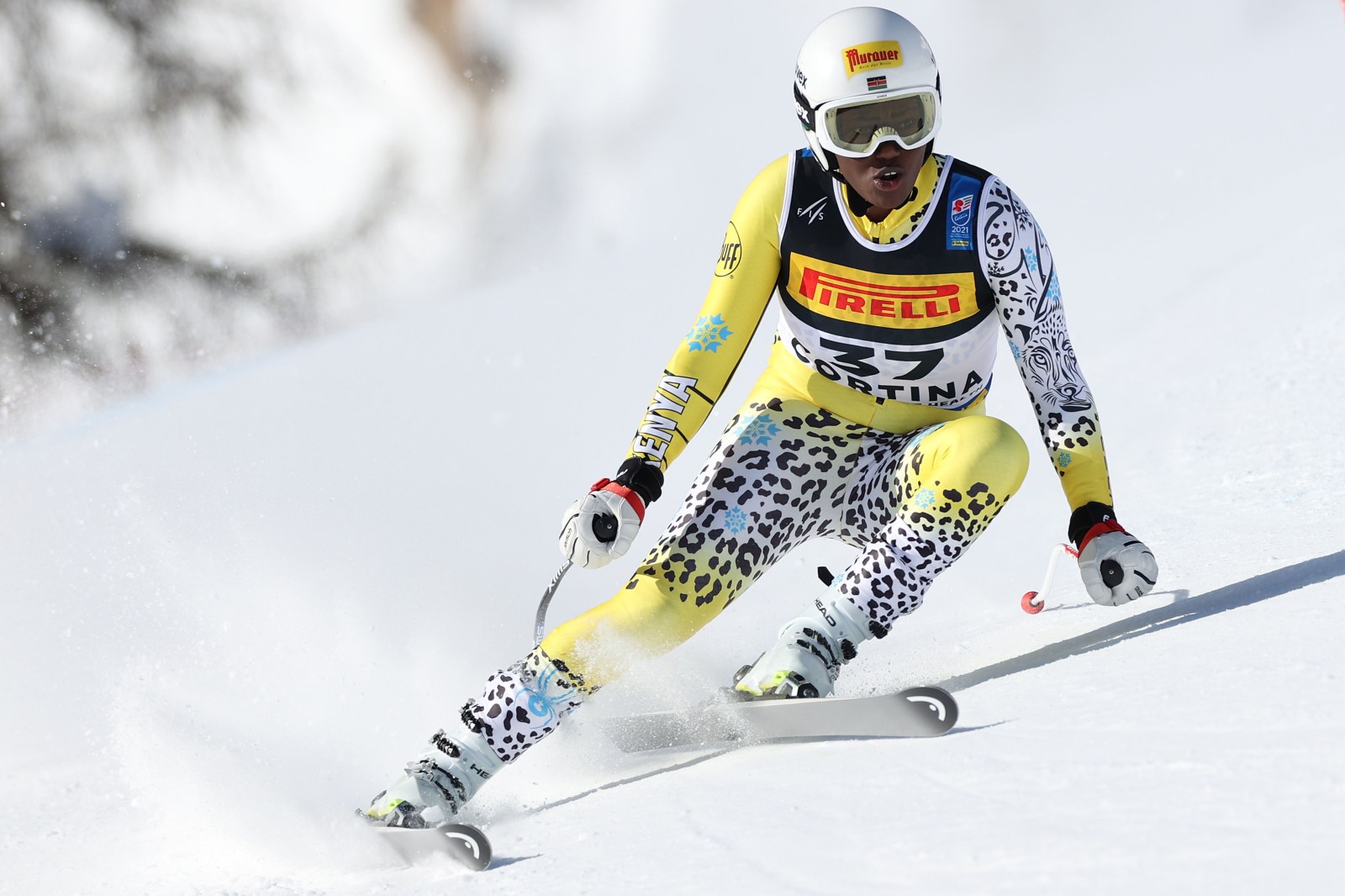 Despite lacking the climate for all winter sports contested outside on snow or ice, African athletes have contributed to the Olympic movement’s goals of universality and inclusion.

A record number of eight African countries competed at the 2018 Olympic Winter Games in PyeongChang, South Korea. At the current 2022 Beijing Winter Games, Africa is represented by six athletes from five countries: Eritrea, Ghana, Madagascar, Morocco and Nigeria. Five are competing in Alpine (downhill) skiing and one in cross-country skiing.

These athletes are not touted to win medals in 2022. But, in general, the overarching theme with African participation in the Winter Olympics is in taking part and not winning, as my study of the continent’s history at the winter Games shows.

In contrast, African countries have done relatively well at the summer Games, particularly in the middle- and long-distance running events. Since 1908, they have won more than 400 medals at the Summer Olympics. Athletes representing African countries have not had any medal success at the Olympic Winter Games so far.

Given the continent’s geography, this is not surprising. The average annual temperature in Africa is 25.70C. The difference between the average warmest and coldest month in Africa is a mere 1.90C and snow is a rarity. The continent therefore lacks the climate for all winter sports contested outside on snow or ice. Despite this, athletes representing African countries have contributed to the Olympic movement’s goals of universality and inclusion.

The majority of these Olympians had strong ties with snowbound countries in the northern hemisphere. Many were born to parents with respective European and African heritages and left Africa at a young age to live in the northern hemisphere. Or they left the continent to pursue education and training in regions of the world known for snowy winters. In many instances, they returned to Africa to represent their respective countries at the Games.

A total of 15 African countries have competed at the winter Olympics in 58 years, from 1960 to 2022. Despite not winning medals, individual athletes have found success and acted as trailblazers in other ways.

Of the 15 countries to represent Africa, only seven have participated in more than one winter Olympics. South Africa was the first African country to participate. Given the political boycotts against apartheid, the country’s first appearance at the 1960 Games in Squaw Valley in the US was also their last until democracy. South Africa was barred from the 1964 games and suspended from the Olympic Movement in 1970. The country’s return to the winter Olympics was in Lillehammer, Norway in 1994.

Morocco became the second African country to compete at the winter Olympics when a team of five Alpine skiers represented the country at the 1968 Games in Grenoble, France. It was just more than a decade prior, in 1956, that the country gained independence from French colonial rule. The Western Sahara conflict contributed to Morocco not competing at the winter Olympics for the next 16 years. On the country’s return at the Sarajevo Games in Yugoslavia in 1984, a four-man team represented Morocco, once again in Alpine skiing.

Senegal made its first of five appearances at the winter Olympics in 1984, in Sarajevo. Three athletes make up the sum total of Senegal’s participation at five different Olympic Winter Games that span 26 years. Two of the three Senegalese athletes had strong links with countries in the northern hemisphere, both growing up in the Alps. This opportunity enhanced their ability to train and prepare for the games.

While Algeria has not accomplished any significant results at the winter Games in 1992, 2006 and 2010, the country has at least moved past the “one-off” appearance scenario, a feat many other African countries have not yet achieved.

A characteristic of many African countries’ participation is that their teams consisted of only one athlete. Kenya was represented by a sole representative at all four of the winter Games the country competed in between 1998 and 2018. Cross-country skier Philip Boit represented Kenya in 1998, 2002 and 2006, while Alpine skier Sabrina Simader was the sole Kenyan representative at the 2018 Games in South Korea.

Madagascar has competed in three winter Games, in 2006, 2018 and 2022. Alpine skier Mialitiana Clerc, their sole representative, will be the only African woman competing in 2022.

In both the 2010 Olympic Winter Games in Vancouver, as well as in PyeongChang in 2018, Ghana was represented by a single athlete. In 2010, it was Alpine skier Kwame Nkrumah-Acheampong, who was born in Scotland to exiled Ghanaian parents. It marked the first time African competitors were measured against other athletes from Africa – creating a race within a race. In 2018, Akwasi Frimpong became the second Ghanaian to compete at the winter Olympics in skeleton sledding. Frimpong was born and raised in Ghana but moved to the Netherlands at a young age.

Togo’s maiden participation came at the 2014 winter Olympics in Sochi, Russia, when the country was represented by two female athletes – cross-country skier Mathilde-Amivi Petitjean and Alpine skier Alessia Afi Dipol. To date, only one athlete has represented Ethiopia at either Games in which the country participated. Robel Teklemariam competed at both the 2006 Turin Games and the 2010 Vancouver Games in cross-country skiing.

Based on geographical, political, social and economic factors, Egypt, Swaziland, Cameroon and Zimbabwe have all been one-time participants at the winter Olympics. These countries helped contribute to constant African representation at the winter Games.

An Olympic Winter Games highlight for Africa came in 2018 when a record number of eight countries lined up for the opening ceremony in South Korea. Athletes from Nigeria, Eritrea, Ghana, Kenya, Madagascar, South Africa, Morocco and Togo represented the continent. After the hype around what many people considered the most “African Winter Olympics” yet in that year, only five African countries are present at the Winter Games in Beijing in 2022. Although, since 1984, at least one African nation has competed at each subsequent winter Olympics.

The lack of climate for winter sports such as bobsleigh, skiing and snowboarding limits the level of participation in winter sports. However, globalisation and the relatively limited access to tertiary institutions in Africa have brought young African athletes in contact with many forms of winter sport while studying or working abroad, predominantly in the northern hemisphere. Reuters/DM

Cobus Rademeyer is a senior lecturer at Sol Plaatje University.