Weaning ourselves off fossil fuels is all very well, but then there’s load shedding… 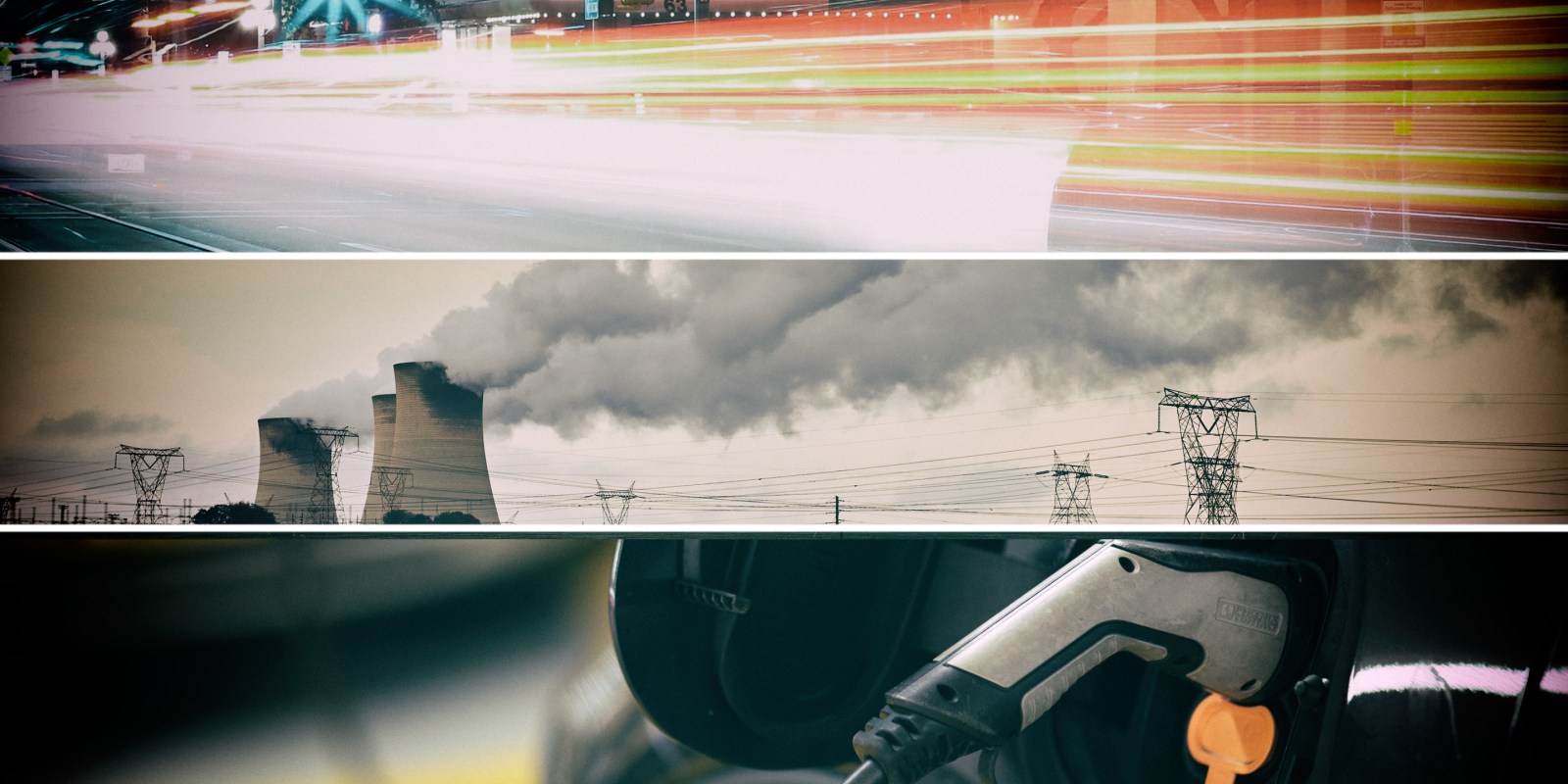 At the moment, we do not have enough electricity generated to carry the existing demand, leading to planned power outages. What happens when we start converting to mass use of electric vehicles?

There is an anomaly in the way in which we engage with the topic of electric vehicles (EVs) and energy in South Africa. This is especially stark in the light (dark?) of load shedding and our fragile grid, hosted by our behemoth, Eskom.

Every now and again the fickle and heavily taxed fuel price is hiked by a few cents per litre. This leads to interesting behaviour patterns, as drivers queue for miles to fill up lest they pay a pittance more for the singular next tank. Moreover, when there is even a hint of petrol/diesel shortages, for example, due to problems at the refineries or imports, people go mad and we have runs on this liquid gold, leading to many filling stations running dry. We are clearly compassionate about our ability, or lack thereof, to get around, and also painfully sensitive to the cost of doing so.

Now, consider the grid for a second. At the moment, we do not have enough electricity generated to carry the existing demand, and often have stage 2 load shedding, leading to two to four hours of blackouts per day. This is a matter of peak load and available energy.

Eskom has about 48GW generation capacity installed, of which around 24GW is continuously and reliably operational. Separately, the country needs in the order of 500GWh of energy per day, which Eskom cannot provide — they have to use excess generation at night to restock the hydro-pumped plants and preferably give the open cycle gas turbines, which act as a buffer against peak demands, a break.

Now consider this: electric vehicles are coming — it is unavoidable. We as a country will have to embrace them for a multitude of reasons, as they are already in developed countries. The benefits or otherwise of electrification on the environment are not what I want to discuss here — suffice to say its gains are substantially reduced due to Eskom’s dependence on coal.

We have over 10 million vehicles in South Africa. If only 10% of them become electric, we will probably have an additional two to six GW of load on the grid during peak hours, as people come home and charge their vehicles, or park at work and charge there. Moreover, this 10% of the fleet could require an additional 30 to 50GWh of energy every day. In fact, if you consider the informal transit sector, our minibus taxis alone will introduce around 10GW of load if they fast-charge and could require at least an additional 30GWh/day.

I am a strong supporter of reducing carbon emissions and a firm believer that electrification of the transport sector is unavoidable and appropriate, my question is: why are we not making a lot more noise about the very clear and present shortfall in electric energy, which will soon hamper our ability to move, in the same way as a fuel shortage would? Why are we walking into this mobility death trap silently? Also, higher demand for electricity will probably make electricity even more expensive.

It gets worse: every single EV bought today, with the salesperson’s bold promise of decarbonisation, is actually crippling the grid and hampering the Eskom maintenance plan even further. I am not sure how we are supposed to think about this. People who buy EVs are usually environmental champions, trying to do their bit to live more sustainably, but in this case, they are threatening our electricity sustainability.

One question I ask myself is, should we blame buyers of EVs the same as we blame people who do not turn off their water geysers during load shedding, or those who irrigated their lawns during the Day Zero drought in Cape Town? Surely the actions of retailers pushing the sale of EVs with our grid in the state it is appears like sabotage in a weird and twisted way.

There is another concern here: incentives and control.

Users just want convenience — they want to charge when they want, and they want it to be fast (higher demand on Eskom), and cheap. When manufacturers stop making combustion engines (yes, they will), many owners will be financially stretched to buy electric. Both they, and affluent folk who buy EVs are unlikely to double or more the investment to enable expensive load-shifting energy storage technology or in matching renewable sources, unless charging from the grid is really expensive during peak hours.

To allow for so-called “time-of-use” (ToU) charging, we will need large-scale deployment of smart meters installed everywhere — an unlikely outcome in time for EV penetration. I say this because if one house has a flat tariff charge, as we do now, and a vehicle owner has a ToU tariff, typically poorer flat-rate payers will start selling electricity to vehicle owners at the lower rate during peak hours, making a buck and crippling our grid.

Part of the answer to the problem must be subsidised or incentivised electricity generation using renewable sources and energy storage at the places of charging — the question is how much these individuals can afford. Since large segments of our population are poor, electricity will never be expensive enough to incentivise (on cost alone) charging from embedded generation.

Therefore, this generation and storage needs to be balanced in the same market as the cheapest electricity you can get. I believe employers and parking garages must play a substantial role here to leverage large roof-space, time of solar availability vs vehicle stationarity, which will reduce the need for storage.

We really need to very quickly and very seriously:

The last item is getting the least attention in current discourse, which is a major oversight in my opinion. Take geysers as an example — if South Africa’s six million geysers were sold with integrated centrally controlled smart controllers, we would have been able to avoid load shedding today.

The time to plan for intelligent charging control for EVs is now. DM

Professor MJ (Thinus) Booysen is Research Chair in Internet of Things and Director of the MTN Mobile Intelligence Research Laboratory in the Faculty of Engineering, Stellenbosch University: www.thinus.co.za

Weaning ourselves off fossil fuels is all very well, but then there’s load shedding…