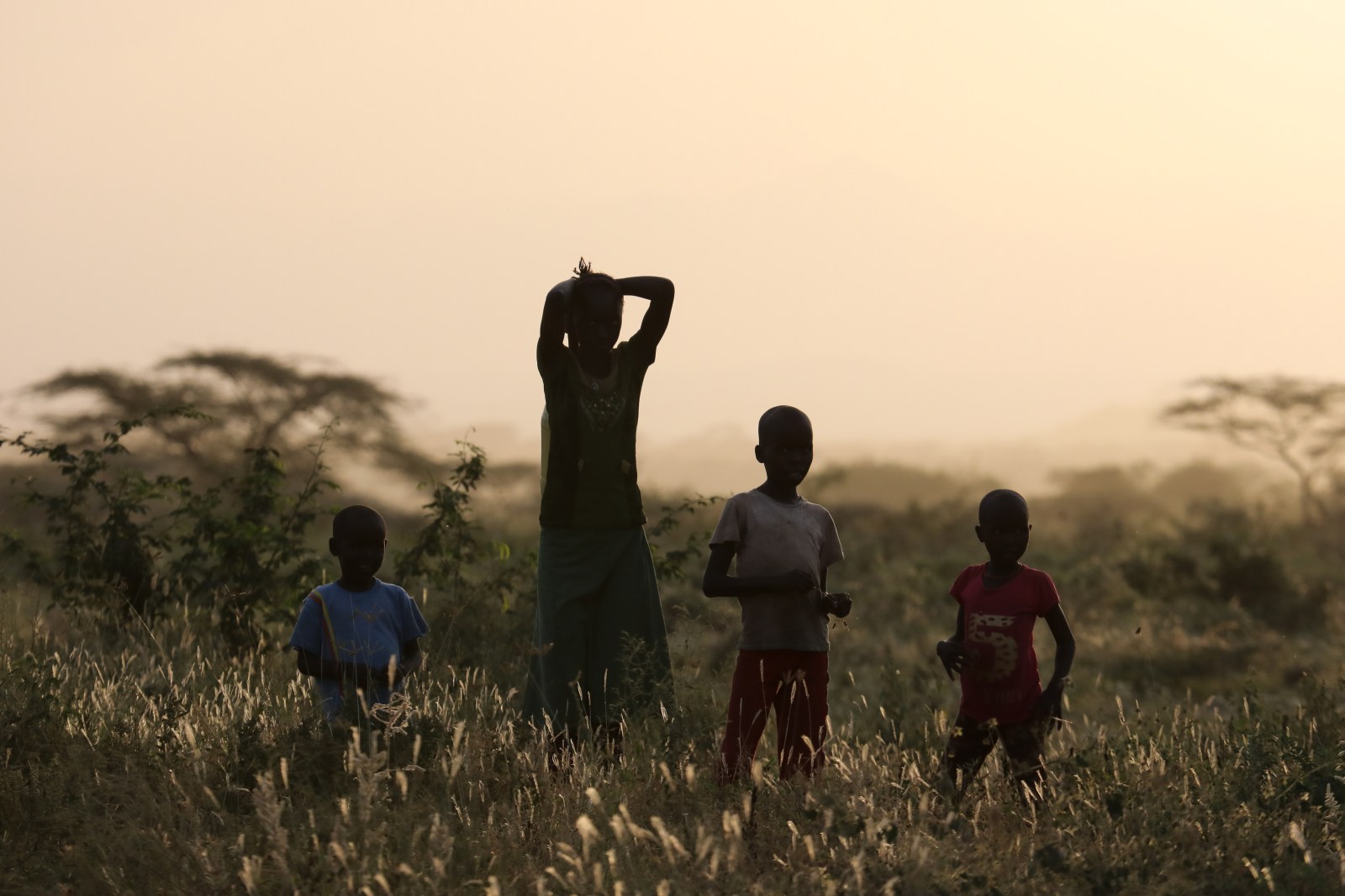 epa08137540 Kids from Tungai Manyatta village which was also invaded by desert locust are silhouetted after an invasion in Shaba National Reserve in Isiolo, northern Kenya, 16 January 2020 (issued XX January 2020). Large swarms of desert locusts have been invading northern Kenya for weeks, after having infested some 70,000 hectares of land in Somalia which the United Nations Food and Agriculture Organisation (FAO) has termed the 'worst situation in 25 years' in the Horn of Africa. FAO cautioned on 13 January 2020 that it poses an 'unprecedented threat' to food security and livelihoods in the region. The government is spraying pesticide in the affected areas to battle the insects. EPA-EFE/Daniel Irungu

GENEVA, Feb 8 (Reuters) - The U.N. World Food Programme said on Tuesday that 13 million people across the Horn of Africa face severe hunger, calling for immediate assistance to avoid a repeat of a famine a decade ago that killed hundreds of thousands of people.

Three failed rainy seasons have created the driest conditions since the 1980s, with forecasts of below-average rainfall set to increase suffering in the coming months.

“Harvests are ruined, livestock are dying, and hunger is growing as recurrent droughts affect the Horn of Africa,” said Michael Dunford, Regional Director in the WFP Regional Bureau for Eastern Africa.

The conditions have decimated livestock, forcing thousands in a region where many are farmers into displacement camps.

“We never experienced this before, we only see dust storms now. We are afraid that they will cover us all and become our graveyard,” said Mohamed Adem from the Somali region of Ethiopia in a WFP video.

Aerial footage taken nearby showed vast dusty scrubland strewn with cattle carcasses. In Kebele village, people tied ropes beneath the torso of a thin cow to raise it to its feet.

“Though it is not out of control, there is a severe drought in areas in Somali and some parts of Oromia and Southern regional states,” Ethiopian government spokesperson Legesse Tulu told Reuters. “So the WFP warning is quite right.”

The drought is also spreading to parts of Kenya, south-central Somalia and Eritrea. Between 2010 and 2012, around 250,000 people died of hunger in Somalia, half of them children.

The United Nations children’s agency’s Mohamed Fall warned at the same briefing that many children will die or suffer from life-long cognitive or physical damage without quick action to avoid famine.

“We need to act now to prevent catastrophe,” he said by phone from Nairobi, adding that 5.5 million children in the four countries are currently threatened with acute malnutrition.

WFP, which won the Nobel Peace Prize in 2020, is launching its regional response plan for the Horn of Africa this week and calling for $327 million. UNICEF is seeking $123 million.