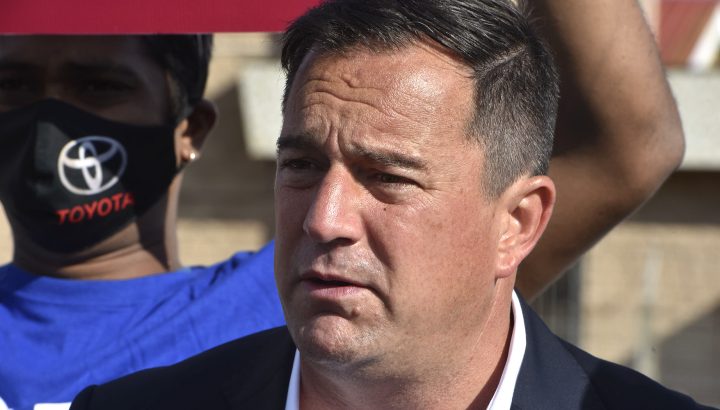 The DA has reiterated its call for the State of Disaster to be scrapped, as it laid out what it calls the ‘True State of the Nation’.

At a briefing on Tuesday, 8 February, DA leader John Steenhuisen once again called for the end of the current State of Disaster.

Delivering what the party called the “True State of the Nation”, the leader of the official opposition said: “The State of Disaster must end right away to remove the threat of uncertainty that still hangs over businesses trying to make a comeback… everything we do this year must be focused on retaining and bringing back jobs by helping businesses survive.”

The DA has previously called for an end to the State of Disaster, which has been extended on a month-to-month basis. South Africa is on day 683 of its protracted lockdown.

Speaking about the protracted Covid-19-enforced State of Disaster, Steenhuisen said: “The last two years of lockdown restrictions have seen poverty and inequality accelerating through joblessness and widening disparities in education.”

President Cyril Ramaphosa will deliver the annual State of the Nation Address (SONA) from the Cape Town City Hall on Thursday, 10 February.

“In a few days’ time, President Ramaphosa will stand up in front of the Cape Town City Hall – the new temporary venue for Parliament after the devastation caused by the fire in the National Assembly – and he will set out his version of the state of our nation,” said Steenhuisen.

He said that every year the country “slips further and further towards a failed state”. Speaking about the President, Steenhuisen said: “He will most likely offer up a raft of new multipoint plans, new task teams and new commissions, along with solemn promises that this time he and his government are really serious about tackling unemployment, crime, corruption and service delivery.”

The President would “likely blame the pandemic for most of our woes, and what he can’t pin on Covid he will chalk up to global conditions or apartheid. I know this because we have seen this movie many times before… without fail, as we move further away from SONA and its lofty promises, the same script plays out year after year.”

Read in Daily Maverick: July looting panel confirms what we knew: SA was failed by the ANC, government and security cluster

“The result – by the third quarter of last year, only 36% of the working-age population was in employment.”

Steenhuisen said very little in the country is working and “large parts of it resemble a war zone”. Turning to unemployment, he said “there is nothing natural or inevitable about our jobs numbers and the inability to make that graph head back in the other direction while economies across the world are recovering”. The country’s unemployment levels were “nothing less than a self-made catastrophe”.

On Tuesday morning, the Freedom Front Plus, a DA coalition partner in municipalities across the country, also weighed in on the jobs crisis. It hoped the President would “explain the practical and sustainable steps that he plans to take to address the unemployment crisis in the country”, the party said in a statement attributed to leader Pieter Groenewald.

The party said people are no longer interested in hearing about conferences or discussions – rather, “decisive action is what is needed to bring about economic growth, which lies at the root of all of South Africa’s many problems”.

In addition, the party wants the President to put forward practical steps to combat crime. “President Ramaphosa must explain how the police force can be expected to combat crime effectively while its budget has been cut.”

Early on Tuesday morning, just before the DA’s briefing, Parliament confirmed it was ready to host the SONA from the City Hall. DM