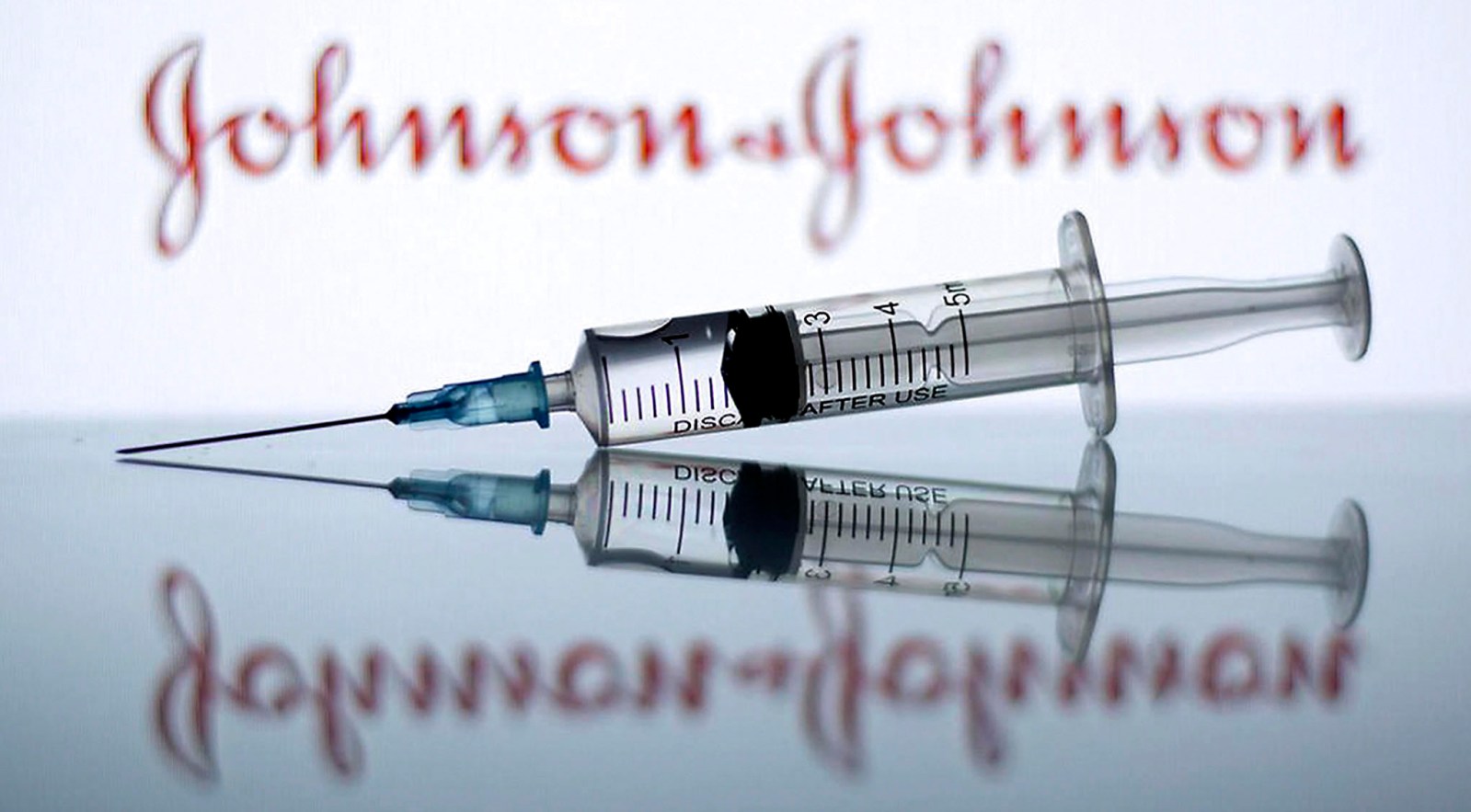 A crucial Johnson & Johnson plant has stopped making its Covid vaccine, though the company says it has millions of doses in inventory, The New York Times reported.. (Photo: SOPA Images/LightRocket via Getty Images/Wikipedia)

South Africa registered 2,824 new Covid-19 cases, bringing the cumulative total to 3,628,014. A further 268 Covid-19-related deaths were reported, 20 of which occurred in the past 24 to 48 hours, taking the official total to 96,289 (the backlog in reporting the mortality rate is due to an ongoing audit by the Health Department). A total of 30,325,638 vaccines have been administered.

Protests over vaccine mandates and Covid-19 restrictions widened across Canada, with truck blockades halting commercial traffic at critical border crossings into Detroit and in Alberta.

Hong Kong will limit gatherings on private premises for the first time, as it fights an unprecedented virus outbreak. Authorities are turning to increasingly strict measures, using a Covid-Zero strategy that’s been abandoned in much of the rest of the world.

Bill Gates, the billionaire philanthropist whose foundation has focused on efforts to fight the coronavirus, is planning a 3 May release of a book on how to ensure the Covid-19 pandemic is the last great global plague.

“Whenever I see the suffering that Covid has created – every time I read about the latest death toll or hear about someone who lost their job or drive by a school that is closed – I can’t help but think: We don’t have to do this again,” he wrote in a blog post announcing the publication of How to Prevent the Next Pandemic.

The book will cover lessons learned from the pandemic, as well as tools and innovations needed to save lives and stop pathogens early. It will discuss his views on vaccines and on what it has felt like to become the target of conspiracy theories.

A crucial Johnson & Johnson plant has stopped making its Covid vaccine, though the company says it has millions of doses in inventory, The New York Times reported.

J&J’s easy-to-deliver Covid-19 shot is the vaccine of choice for much of the developing world. Yet the US company, which has already fallen far behind on its deliveries to poorer countries, late last year quietly shut down the only plant making usable batches of the vaccine, the newspaper reported, citing people familiar with the decision whom it didn’t identify.

The facility, in the Dutch city of Leiden, has instead been making an experimental but potentially more profitable vaccine to protect against an unrelated virus, according to the Times.

The halt is temporary – the Leiden plant is expected to start churning out the Covid vaccine again after a pause of a few months – and it is not clear whether it has had an impact on vaccine supplies yet, thanks to stockpiles, according to the newspaper.

Protests over vaccine mandates and Covid-19 restrictions widened across Canada, with truck blockades halting commercial traffic at critical border crossings including the Ambassador Bridge into Detroit.

The structure that connects to Windsor, Ontario, was shut down in both directions late on Monday. The land crossing is the most important link for goods moving between Canada and the US and a crucial artery for auto parts suppliers and manufacturers.

Another border crossing at Coutts, Alberta, which had already been partly blocked by truckers, was also completely closed for a time, the Canadian border agency said. It’s the main route for the province’s commercial vehicles bound for the US and one of the busiest border posts in western Canada.

The blockades represent a potentially dramatic escalation of the protests that began in late January when a convoy of truckers moved into Ottawa, paralysing Canada’s capital. Prime Minister Justin Trudeau warned that the demonstrators threatened to hobble the economy and undermine democracy.

Pfizer shares dropped on Tuesday after the drugmaker’s sales and guidance fell short of analysts’ estimates. Some key franchises outside of its Covid-19 vaccine and antiviral pill missed expectations.

The New York-based drugmaker sees adjusted 2022 earnings of $6.35 to $6.55 a share, according to a statement on Tuesday, while analysts had estimated $6.65. Revenue will top out at $102-billion, Pfizer said, compared with the average analyst estimate of $106-billion.

The disconnect between Wall Street expectations and the company forecasts showed the outsize hopes investors have for the drugmaker’s products.

Austria will further ease restrictions over the weekend, allowing the unvaccinated to access services, including hairdressers, with a negative virus test, and removing capacity constraints at events. A law on mandatory inoculations remains in place, with authorities starting to impose fines next month.

The government is also removing the requirement for premises to provide record books for people to register themselves, he said.

Package holiday giant TUI said the pace of bookings for the coming summer has leaped above pre-pandemic levels.

While sales are often still close to the time of travel, customer confidence is building – especially in the key UK market, the world’s biggest tour operator said. People are also spending more on each trip, with average summer prices up 22% from last year.

An Omicron outbreak in the city of Baise may further spread in Guangxi province and Guangzhou city in Guangdong, an official at the National Health Commission said. A flare-up in the northeastern border town of Heihe also risks spreading further.

Earlier Covid outbreaks in Beijing and Tianjin are under control, however, according to the authorities.

Multi-household gatherings on private premises in Hong Kong will be limited to two families, but authorities won’t go door-to-door to check if the rule is being followed.

The city will also limit public gatherings to two people, down from four currently, and expand the list of venues included in its vaccine mandate to shopping malls, food markets and hair salons.

It remained unclear how far Hong Kong can replicate mainland China’s track record in limiting the spread of covid without similarly stringent lockdowns.

Sweden to scrap most measures

Sweden’s government is not planning to extend the majority of current Covid-measures further, with most restrictions set to be lifted from February 9, Finance Minister Mikael Damberg said.

It’s time to return to “normality,” the minister said, adding that support measures for companies are to stay in place through February.

A convoy of cars and campervans blocked streets around New Zealand’s parliament in Wellington on Tuesday to protest against Covid-19 restrictions, attempting to mimic the truckers who have gridlocked the Canadian city of Ottawa.

About 2,000 protesters descended on downtown Wellington from around the country, parking their vehicles in streets around the parliament buildings, disrupting traffic and holding speeches on parliament grounds.

Prime Minister Jacinda Ardern said she had no intention of engaging with the protesters. “I think it would be wrong to in any way characterise what we’ve seen outside as a representation of the majority,” she told reporters inside parliament. DM/MC